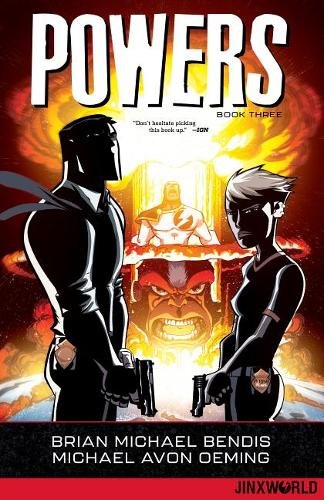 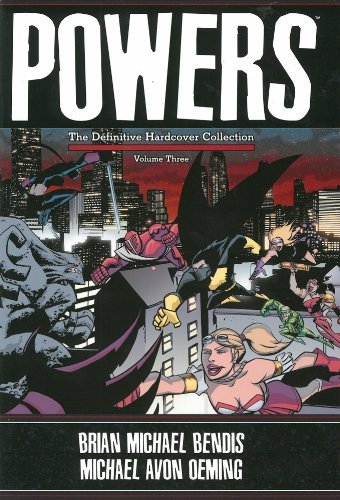 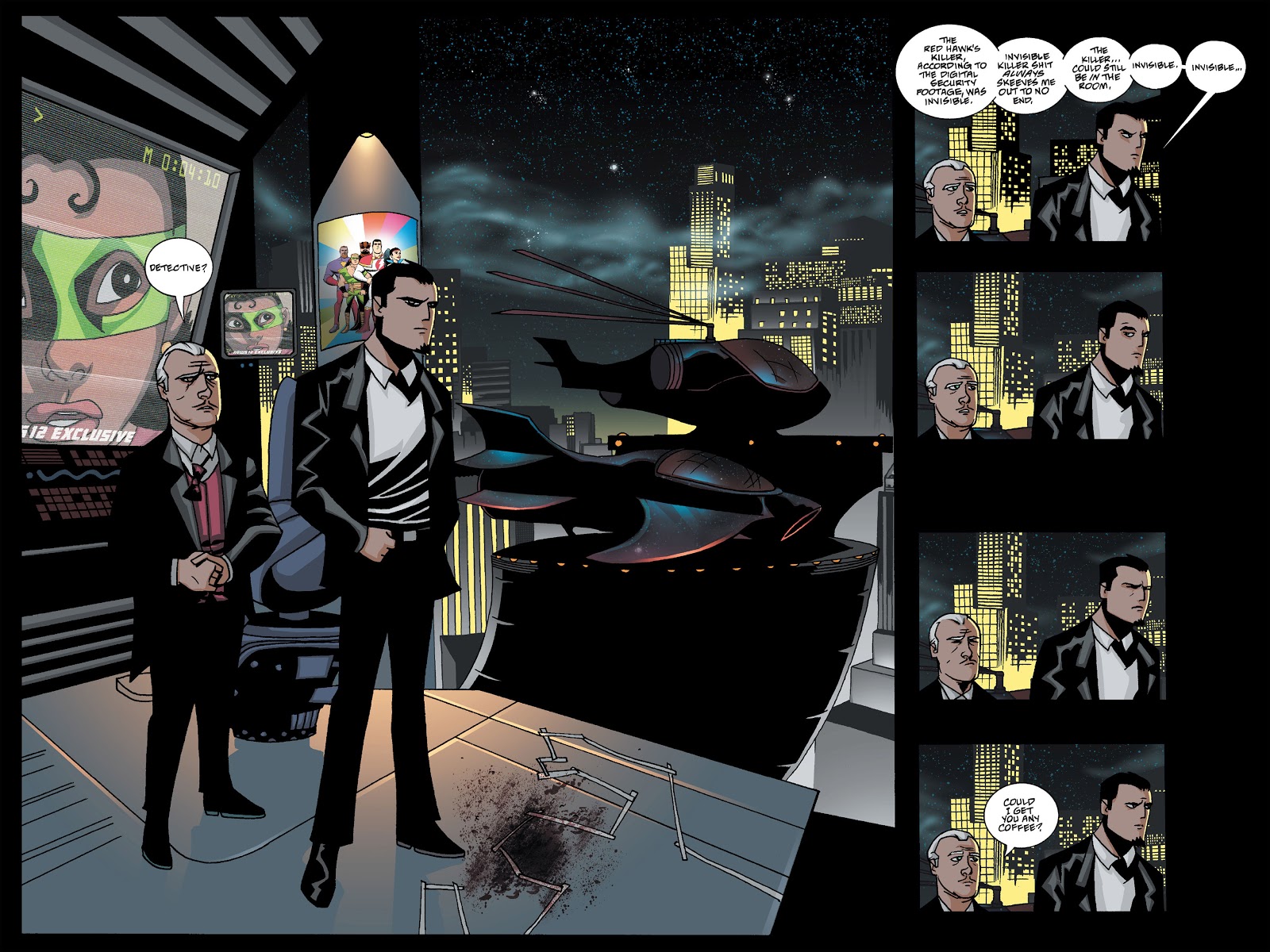 What the content of this volume proves definitively is that Brian Michael Bendis isn’t content to rest on his laurels. That’s been apparent as he continually moves his story forward, with lasting effects introduced via events related in Book Two, but what he drops to end the first of two long stories here is a blockbuster, yet the second story goes well beyond anything previously attempted in Powers. The ambition is admirable, so how does the content of what was presented in slimmer paperbacks as The Sellouts and Forever play out?

The sellouts are Unity, a well respected super team, but one with no concerns about exploiting their popularity and making as much money as they can from their celebrity status, Bendis taking a few swipes at superhero merchandise along the way. When one of them has their identity exposed in a sex scandal tape and is subsequently murdered, Pilgrim and Walker’s task is to bring the killer to justice. It’s an interesting journey with creative shocks, but those shocks stand isolated from the remainder, never securely anchored to the remainder of the story. However, it opens some new doors in the Powers universe.

Until this selection Michael Avon Oeming has pretty well stuck to his adaptable cartoon style, but among Unity’s merchandising efforts was a Super Friends style of cartoon show, which Oeming delivers accurately and amusingly. It’s especially disconcerting to see the pictures accompanied by the real life bickering and swearing, which is Unity’s common state. It pre-empts The Boys show produced a decade later (although The Boys graphic novels are also sardonic, they’re more easily differentiated from Powers).

If moments of the first story don’t seem to make sense, wait until you arrive at the monkey chapter, which is followed by a barbarian chapter and several more leaps forward through time until we again reach the present day. If perplexing for a considerable time, what we’re seeing eventually drops into place as clever, and fundamental to the series as a whole, revealing there’s far more to one of the regularly seen superheroes than previously revealed. However, anyone who’d prefer Powers remained a police procedural drama with a side dish of superheroes is going to find this frustrating content. It’s only over the final two chapters of seven that everything slots into place, as we’re shown how it is that Walker became a police detective and a conclusion to what began with the apes. There is an over-riding thread, and some interesting diversions, but not as many as Bendis thinks.

The first story ended with a definitive change, and that’s picked up again in Book Four. This package was previously issued in hardback under a different cover as Vol. 3 of Powers: The Definitive Hardcover Collection. 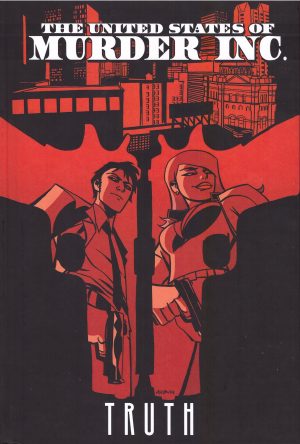