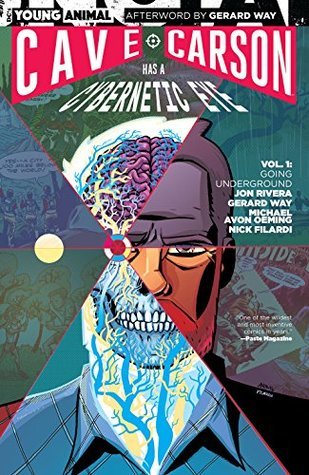 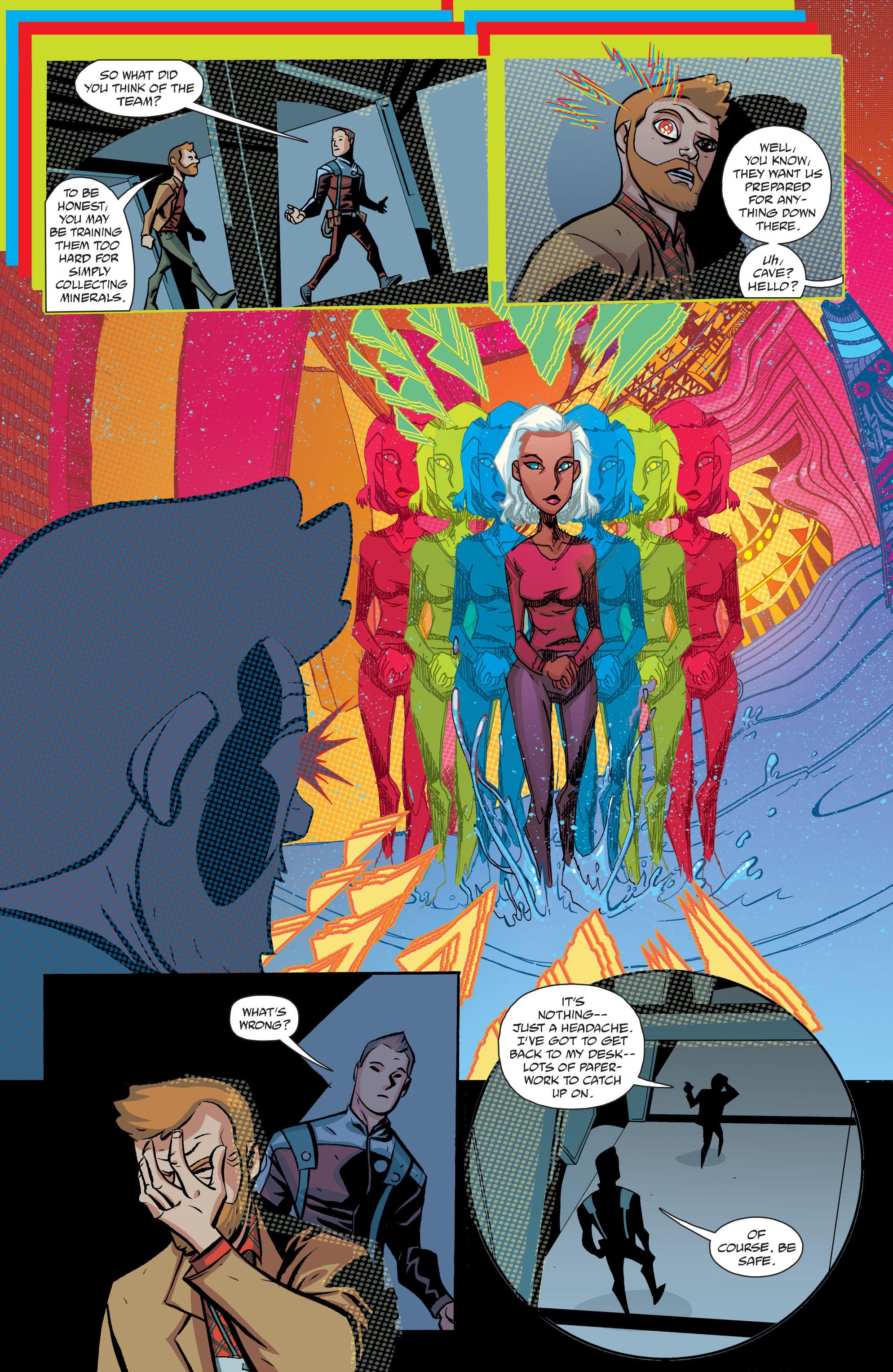 The Young Animal imprint shunted a number of then obsolete characters from DC’s vast stable into the charge of Gerard Way, and among them Cave Carson was arguably the most obscure. In 1960 DC briefly tested the waters for the adventures of a cave exploring hero, and predictably enough, even with some nicely designed digging machinery he didn’t catch on. Perhaps that was because he was just plain Cave Carson. This is Cave Carson has a Cybernetic Eye. It’s master stroke of a title, prompting anyone to consider how and why he has a cybernetic eye, whether they buy the graphic novel or not. You just want to know.

We’re introduced to a morose Cave Carson. His days as a TV celebrity are long gone, his wife has just died, his alienated teenage daughter Chloe lives with her boyfriend. and the cybernetic eye of the title can’t be removed without killing him. “The eye mysteriously records every single moment of your life and makes them available to you, but now the memories are distorting, changing…” explains a helpful doctor. We learn the how in the second chapter, but the why is a matter for another time. That’s okay because writers Gerard Way and Jon Rivera provide plenty of interest to distract us. There are cameos from other heroes, one vigilante type in particular not seen for decades and pulled well out of their comfort zone, an intriguing set of revelations about an underground civilisation, and a shady company. After the dust settles it’s clear that the core of the story is the repairing relationship between Cave and Chloe. It’s neatly defined in a couple of early scenes, followed on with a justifiable period of alienation, but picks up thereafter.

Michael Avon Oeming enjoyed the hell out of drawing this. It stretched him via including visual effects and because the scenes and moods change rapidly he’s always got something different to keep him interested. Some machinery is a deliberate homage to Jack Kirby, heavy on the black wavy ink lines, while some later scenes in bright flat colour and strange crystal designs bring Moebius to mind. With the caveat of an occasional perspective problem such as a character’s head seeming too large for their body, this is a great looking graphic novel.

Given the lead character and his speciality, running into an underground civilisation may be expected. In some ways derivative, how it fits into the bigger picture is nicely handled, and that would apply to almost every other story element. The glaring exception is ensuring this is an adult story by the inclusion of swearing, which is an odd cutting off your nose to spite your face move. It may emphasise frustration in moments of stress, but it simultaneously restricts the audience when no other aspect of the story would.

It’s been a lot of fun, but the adventure doesn’t conclude in Going Underground. That’s a job for Every Me, Every You. 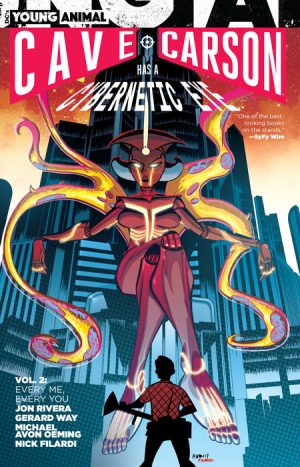