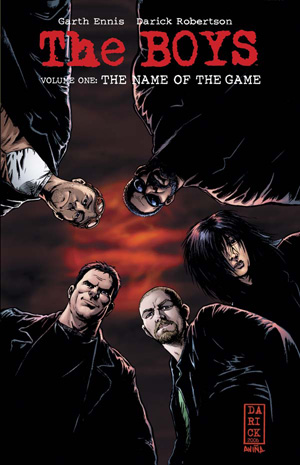 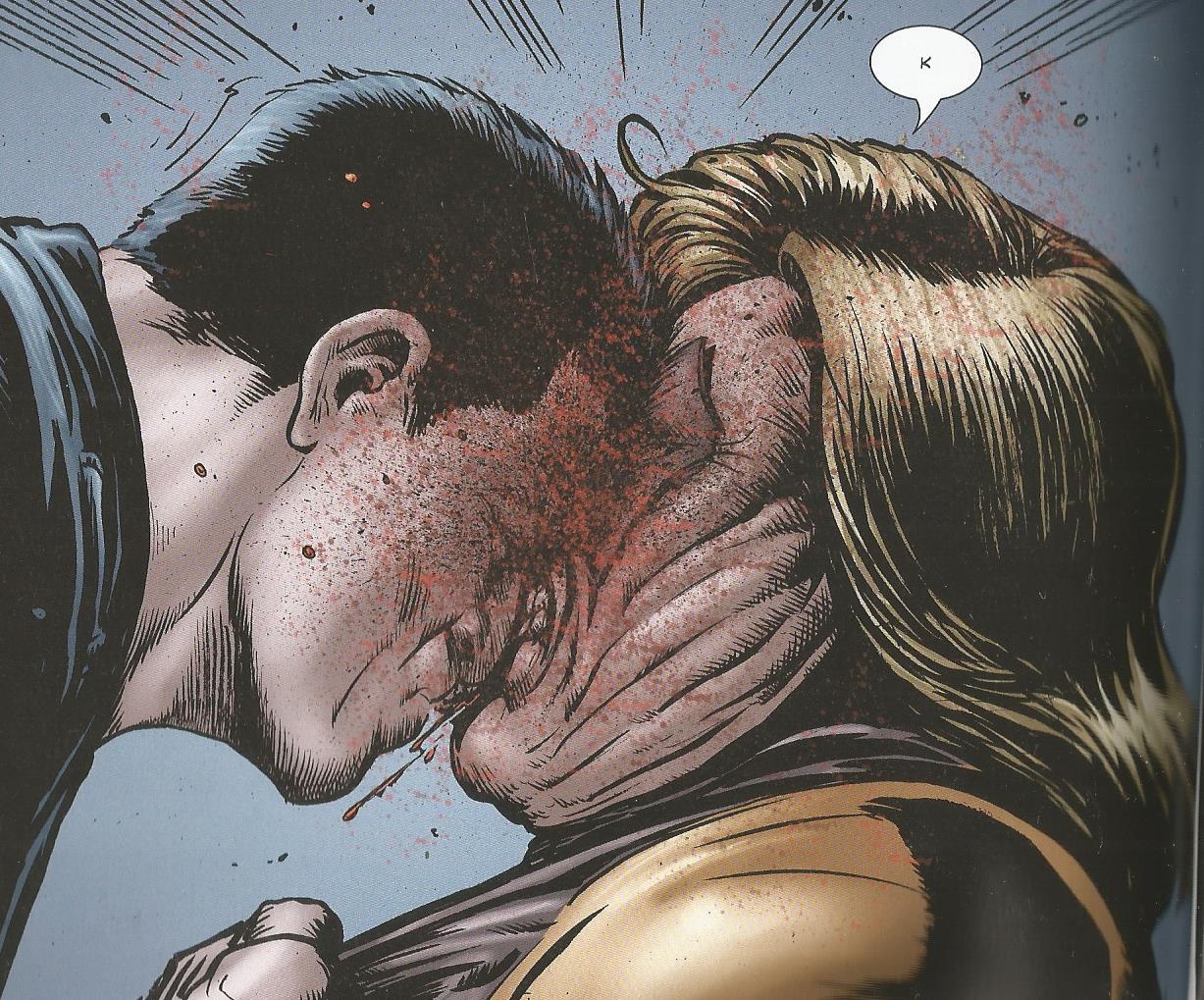 The thing to remember about The Boys is – it’s a love story.

Yes, a love story drenched in gore, sprinkled with drugs and festooned in giblets, body parts and bodily fluids a’plenty, but a love story for all that.

In a world where super-beings abound, but possess the average intelligence and moral fibre of a reality TV show contestant, the ‘Boys’ of the title are a CIA-affiliated team of specialists whose remit to is to contain, discipline, and if necessary make an example of, any ‘supe’ who excessively abuses their celebrity status.

Our point of view character is Hughie, a Scotsman whose girlfriend is horribly obliterated in a superhero melee. He’s subsequently recruited by Billy Butcher, head of the Boys, a charismatic sociopath with his own objectives. In rapid succession, Hughie, and we, are introduced to the remainder of the Boys – Mother’s Milk, the Frenchman and the Female – and embark on a carousel ride of carnage, as the Boys announce they’re back in business by making an example of the  delinquent super-group  Teenage Kicks – said example proving unexpectedly permanent for one of the players.

While Hughie’s still getting his head around what he has to do to stay in the game, another character, Starlight, faces a similar dilemma. She’s invited to join the Seven, most elite of super-teams, paradigm of inspiration to ‘supes’ everywhere – and a group with some shocking secret practices of their own. Starlight, a.k.a. Annie January, has moved up from the small-town Young Americans, to join the big leagues – but will she do what it takes to pass the final test? And will it be worth it?

The two story arcs in this volume gained lots of attention, as writer Garth Ennis made good on his promise that The Boys would “out-Preacher Preacher“, but they lost the series a publisher. Originally published under the Wildstorm sub-imprint of DC, DC execs were dismayed to find barely-disguised analogues of DC properties the Justice League and Teen Titans swearing, shagging, drinking, doping, and committing acts of heinous violence with a high collateral damage among bystanders. The series was ‘let go’, and Ennis took it to indie publisher Dynamite, where it gained notoriety and readers hand over fist.

Darick Robertson’s artwork fits the nihilistic tone of the series perfectly, adding a layer of grime and despair to even the bright and cheery scenes, reminding the reader that in this dark and twisted world, the good moments are more important because they’re so fleeting. Garth Ennis sketches in his major characters – Hughie, Butcher, and the twisted Homelander, the Seven’s Superman-analogue – but leaves several of the protagonists mostly blank. Some are simply slower to develop, but some – like the Frenchman and the Female – never rise far beyond cartoon sketches. Nevertheless, a superior launch that drags the reader along in its frenzied wake.

This first volume features an introduction by actor Simon Pegg, the visual inspiration for Hughie, and a selection of character development sketches. Next is Get Some. 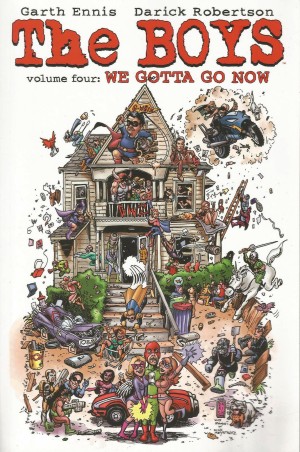 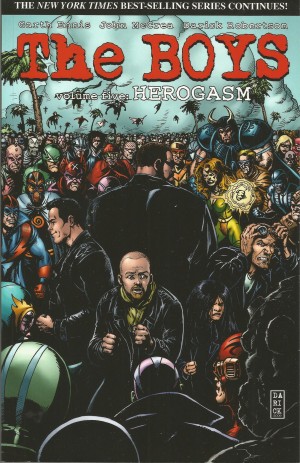