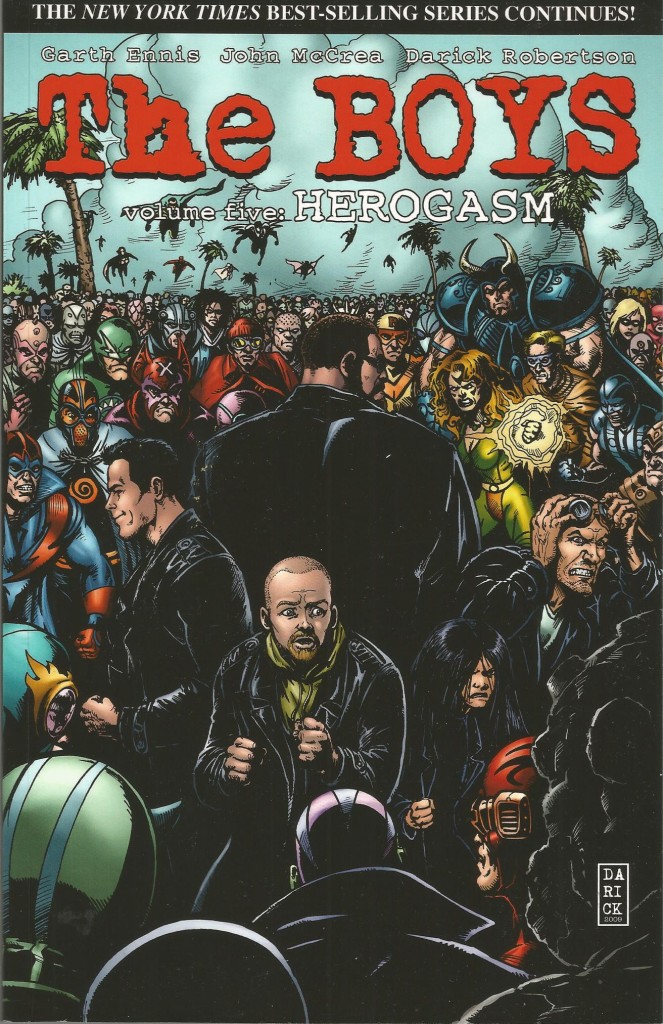 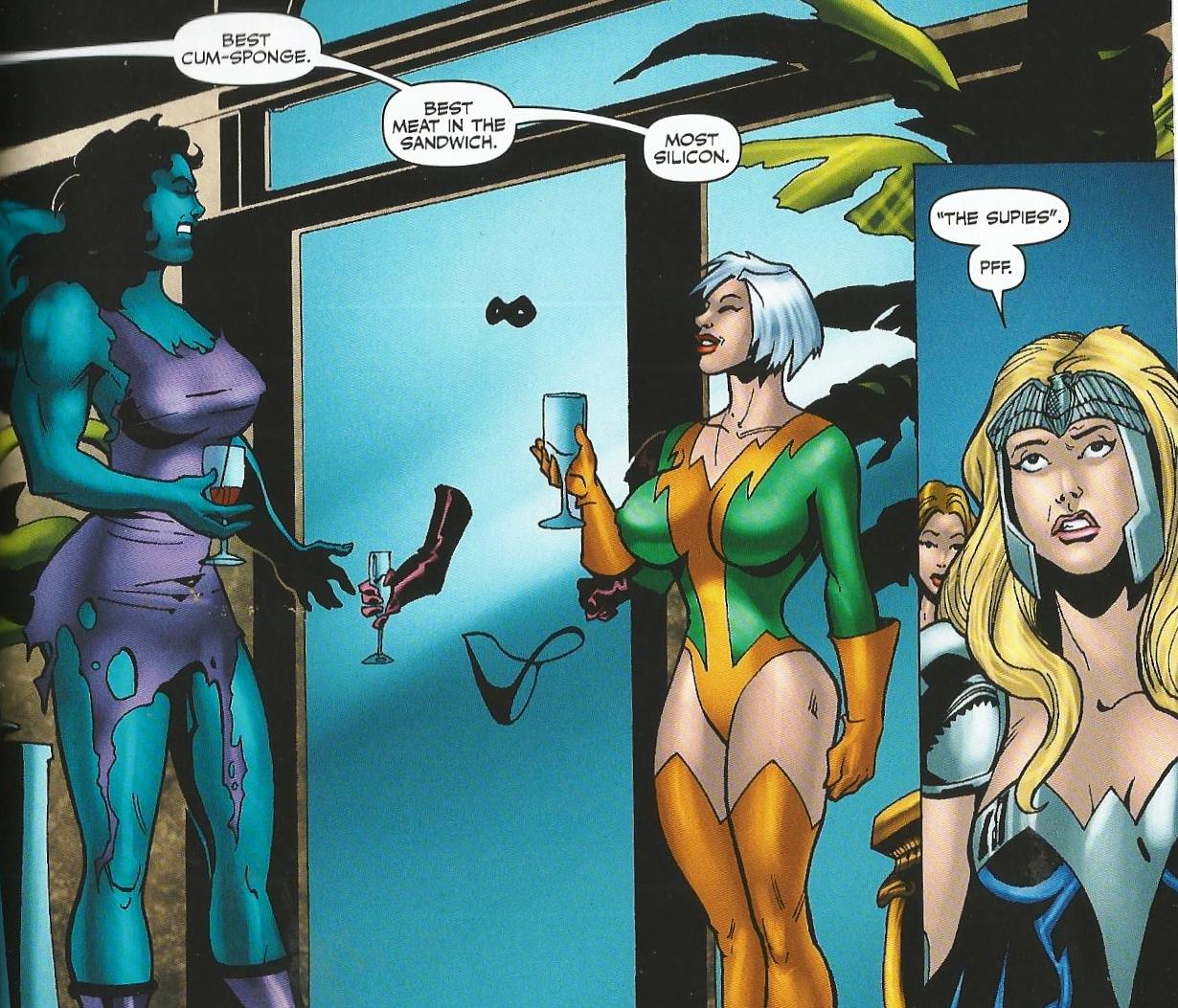 This story arc shows where all the heroes and villains really go during those periodic “Crossover Events” that threaten all reality; to a private island, staffed with the finest and most discreet courtesans and escorts, for an unrivalled debauch of drink, drugs and fornication. And when you consider how much of those practises the ‘heroes’ in this series get in their everyday lives, your definition of ‘debauch’ has to crank up a few notches.

It’s not all fun in the sun, however. Our very own Famous Five, the Boys themselves – plus Terror the Dog – covertly join the ‘supes’ on their holiday, and are served up more than lashings of ginger beer as they discover unpalatable truths behind the events of September 11th, 2001, as well as more plans of the Vought-American corporation to grab greater power in the ‘free’ world – and wheels are set in motion to eliminate our black-ops chums.

The overall tone, though, is gleeful, as Ennis strives for ever more depraved and ludicrous situations for the series’ colour-splashed supporting cast to get into, taking irreverent jabs at the Avengers, the Fantastic Four, several of Batman’s Rogue’s Gallery, and scores more. Artist John McCrea’s talent for amiable goonery has seldom been deployed to better effect; even the most horrible and heinous acts are presented with a chirpy patina which offsets the darker scenes masterfully.

Bonus features are absent, but they’re not really necessary as the holiday mood carries this story through, and both the cast and the readers enjoy a much-needed break – because back in the main series, Ennis is about to bring the grim in The Self-Preservation Society. 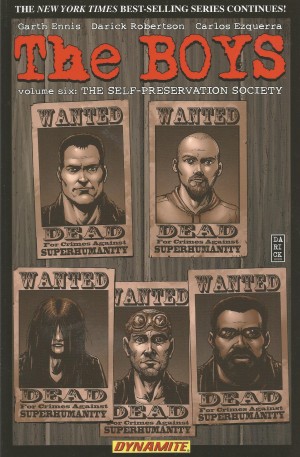 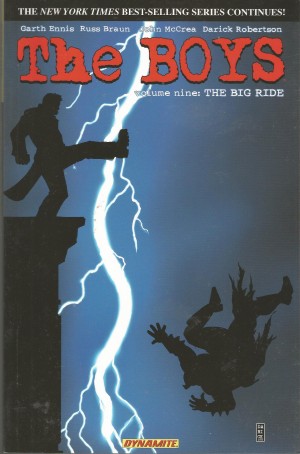