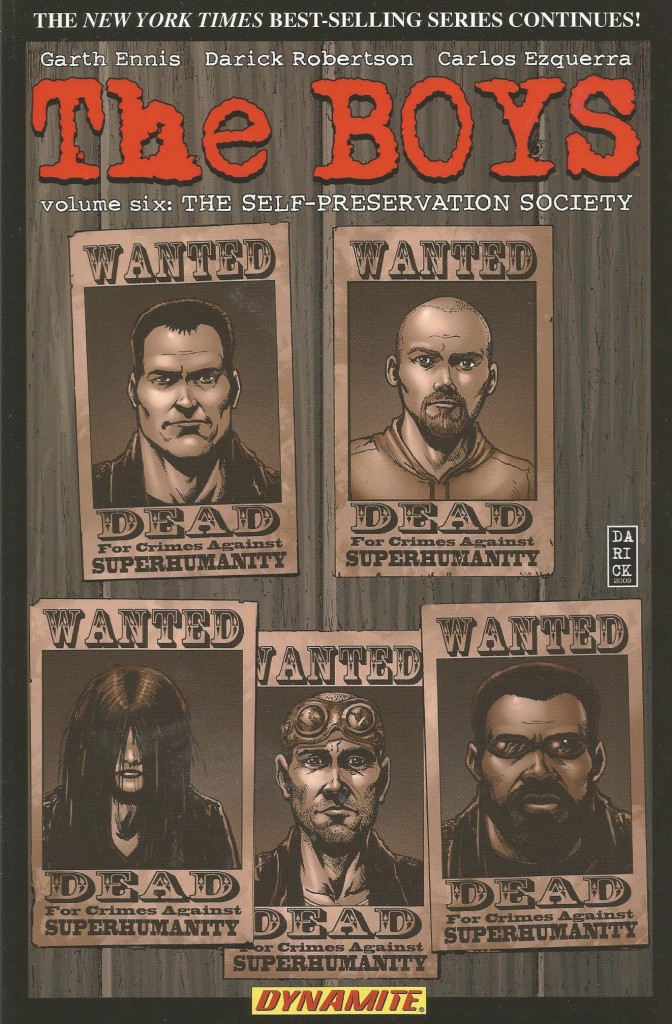 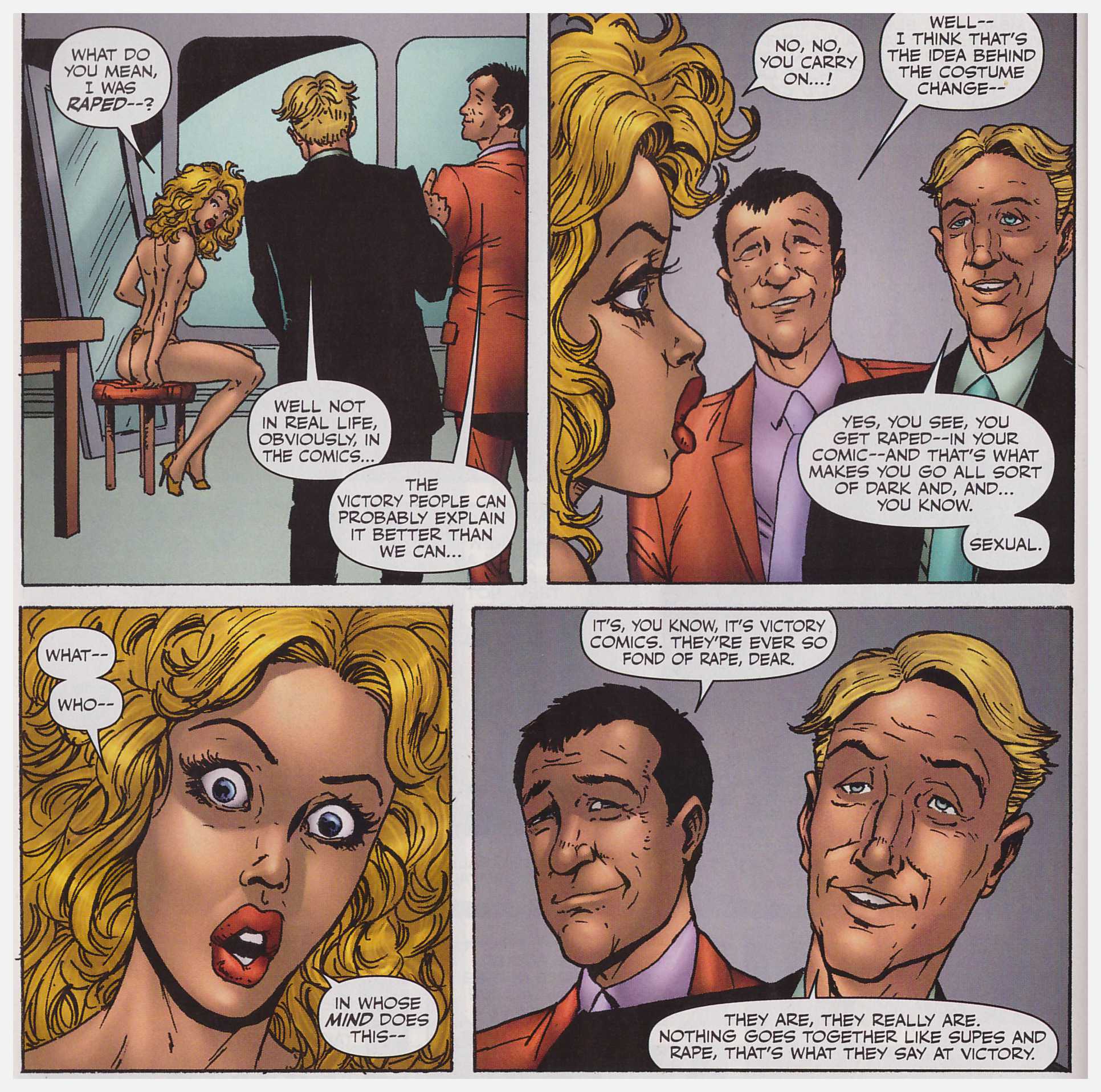 We open with a cheery sequence in which, to refresh our memories, Butcher and the Boys do what they do best: amputate, de-visage and generally remonstrate with a second-rate bunch of ‘super-heroes’ who have colluded to conceal the death of a hooker at the hands of one of their colleagues. After the perky palate-cleanser, we move on to the main events, and they’re pretty significant.

Following decisions in the previous volume, Herogasm, Vought-American has ordered Payback, the second most prestigious superteam, to move directly against the Boys – tempting Payback with the lure of equal prominence with the Seven, instead of being constantly dismissed as almost, but not quite, first rank. In reality, it’s a calculated test to see how the Boys fare against a roster of high-powered opponents – and in it, our Black Ops heroes are virtually tested to destruction, as Payback strategically isolate the Boys’ muscle – the Female – and pit her alone against Payback’s Aryan weather-god, Stormfront, a battle which leaves the Female in critical condition and the rest of the Boys woefully demoralised.

The confrontation between the Boys and Payback is interwoven with the machinations of Vought-American’s executive on one hand, and the Seven getting a mandatory makeover on the other. When Starlight objects to her obscene new costume and only slightly less obscene retconned origin, a surprising ally steps forward.

The extremely graphic nature of the battle between the Boys and Payback emphasises the raised stakes at this stage of the game, with the Boys forced to call in outside help to withstand the onslaught. And once the dust is settled, Butcher takes a little souvenir for future information. Guest artist Carlos Ezquerra (relieved for one chapter by John McCrea) revels in the carnage, depicting Stormfront and his chums with a brutality and rage that shimmers off the pages.

After that, it’s a tad up n’ down, Ennis walking us through ‘untold stories’ of how some of the team joined up. We saw Hughie’s ‘origin’ in the introduction to the series, and Butcher’s tale is clearly being held back (it’ll be worth the wait), but now we learn how Mother’s Milk, Frenchie and the Female signed on. Well, kind of. MM’s two-part tale, in which we learn how he got his nickname, as well as of his epic family struggles, is superb. Heartwarming without stumbling into saccharine, sympathies for MM’s family, and indignation on their account, are evoked, as the depth of his commitment to Butcher is revealed. But then Frenchie’s narrative emerges as nothing more than a protracted love-letter to ‘Allo ‘Allo, and while he can hardly be expected to be the most credible narrator, the torrent of mangled Franglais simply becomes tiresome. The book concludes with the Female’s backstory (narrated by Frenchie, as she does not speak). The hideous acts committed upon her in her childhood are mordantly contrasted with Frenchie’s off-the-wall narration to make a much more satisfying read than the previous over-the-top parody. Regular artist Darick Robertson returns for these ‘untold stories’, and excels  at the emotional roller-coaster of MM’s tale particularly.

A disappointingly uneven volume, but the standard would be resumed with the following The Innocents.