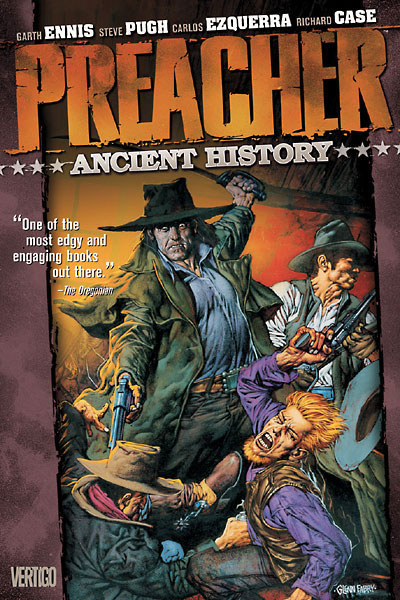 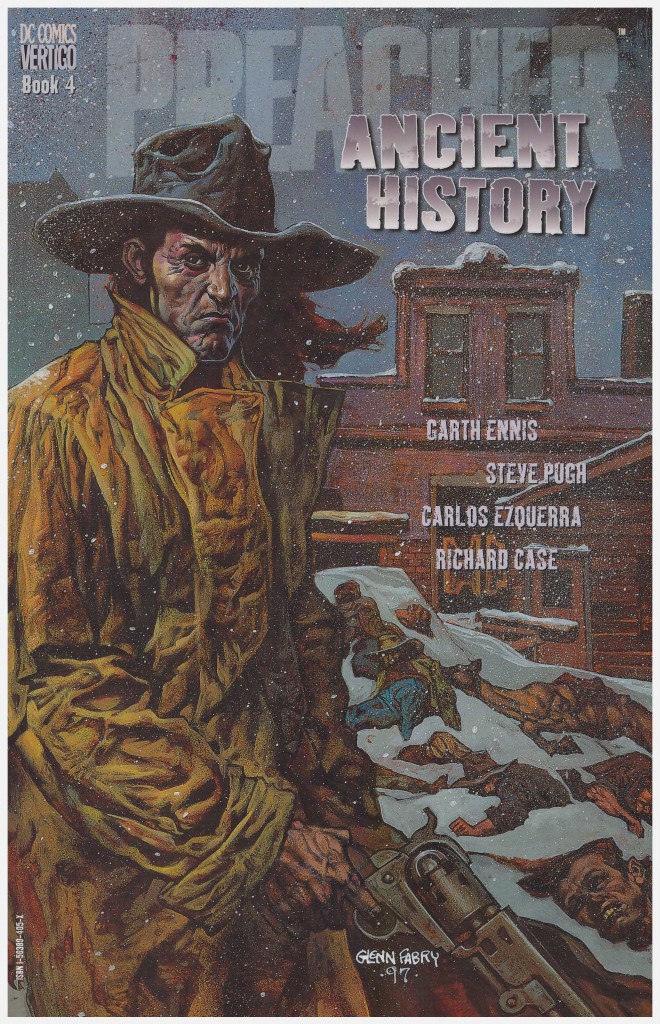 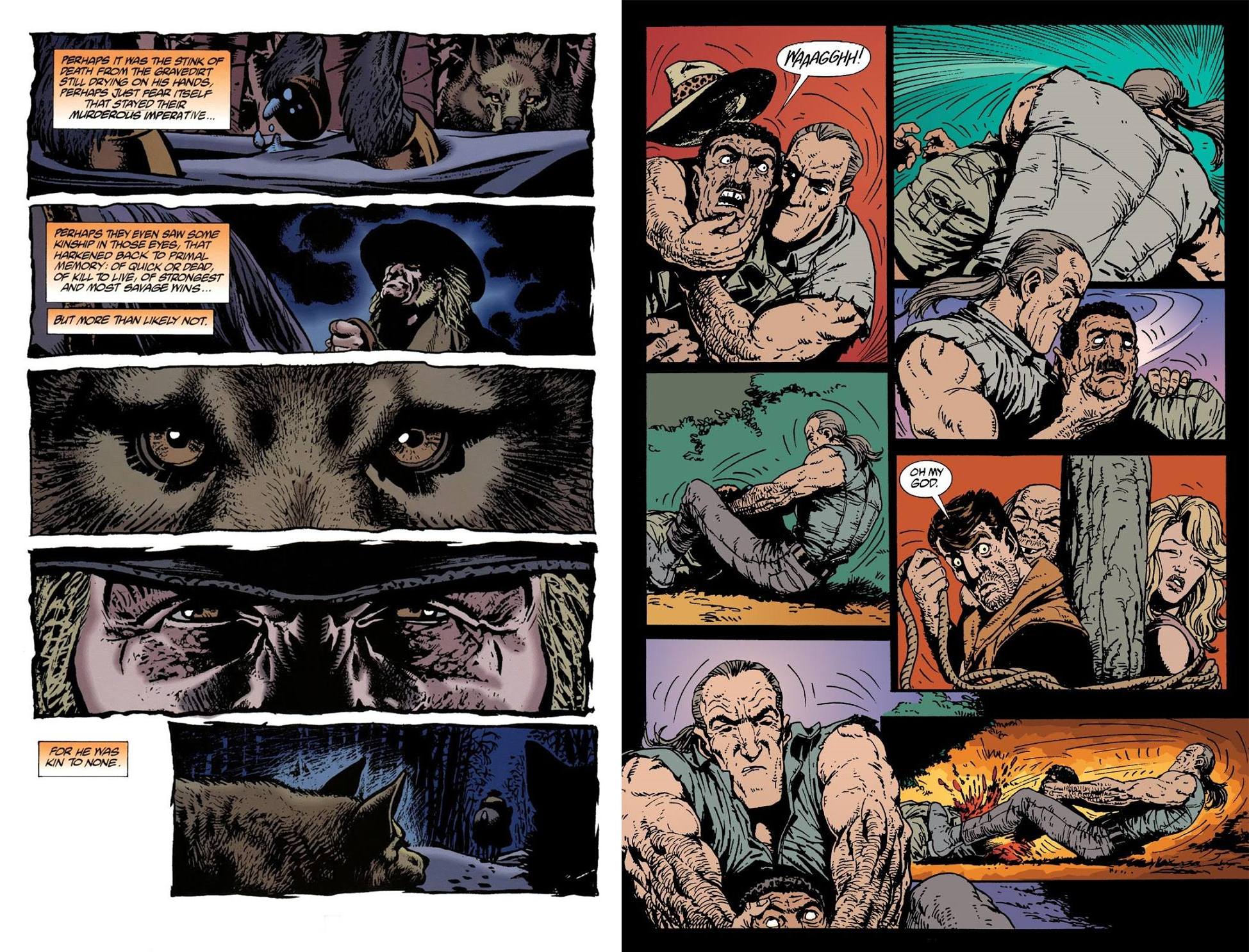 Over the previous three volumes of Preacher Garth Ennis introduced a whole host of memorable supporting characters. They’re so rich and compelling that Ancient History has no need of the main cast as it in turn spotlights the Saint of Killers, Arseface, and Jesse’s brutal maternal cousins, here referred to as the Good Old Boys.

It’s the Saint of Killers who occupies the most pages. In his introduction Ennis refers to the myths of the Western, then delivers his version of them, occurring in the days when the Saint was human. “Back when he was just a man, before the world shook to thunder of his guns, there was yet some good in his heart: and that was the tragedy.” Steve Pugh illustrates, capturing the weatherbeaten hide toughness of the old soldier just wanting to make his way home, yet challenged at every turn. Ennis freely admits the character was based on Clint Eastwood’s movie loners, and just like them he’s offered that brief moment of happiness and redemption before it’s whisked away and their true nature guides them inexorably toward their fate.

Unfortunately, halfway through, the tale loses its way. The tall in the saddle stuff creates a fine threatening mood, but Ennis has to convert an ordinary hate-fueled sharpshooter into an immortal instrument of Celestial vengeance. He reverts to Hellblazer territory as hell freezes over. Carlos Ezquerra illustrates this portion, yet Pugh is nevertheless rushed on the final chapter in which Ennis removes any residual sympathy for the character.

Arseface is the name applied to the son of Sheriff Root. A bodged attempt at suicide left him jawless and further facially disfigured, and as such he’d been a comedy figure in Gone to Texas. Ennis here turns that 180 degrees, displaying the relentless brutality and despair of his everyday life prior to the suicide attempt. There’s a decent sting in the tail to boot. It’s very good, or would be were it not for Richard Case’s two-dimensional art with its randomly placed shadows.

Ezquerra draws the final story, which is both creators on auotpilot. It’s Ennis’ B-movie, fifty pages of hillbilly jokes and Deliverance pastiche as assorted odious characters get what’s coming to them. There are elements of this throughout Preacher, but there’s no subtlety to Ezquerra’s cartooning as he exaggerates the jokes rather than playing them straight as Steve Dillon does. It’s like watching Michael McIntyre mug to the camera.

The material gathered here was originally released as spin-offs from the main series, and as such can be considered dispensable. Later specials are better and gathered alongside the main series, with a tale of Cassidy’s past leading off Dixie Fried.

In 2009 the Preacher books were re-formatted, spreading what was previously nine collections over six hardcover volumes, later re-issued as paperbacks. The entire Saint of Killers story can be found in Preacher Book Three, for which it provides the cover, while the remainder is in Preacher Book Four.