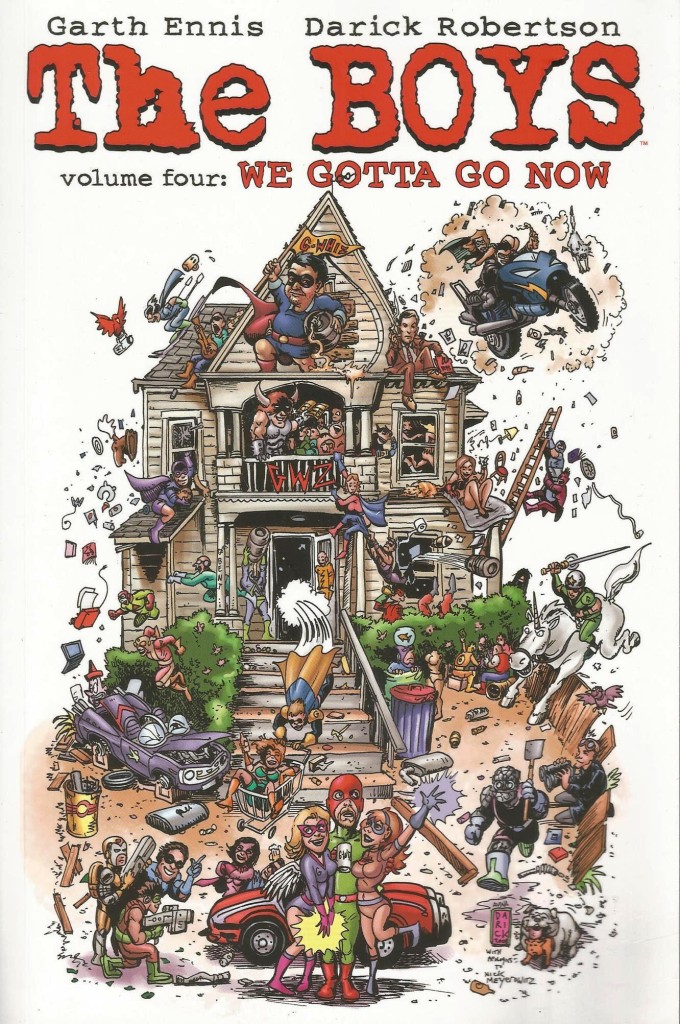 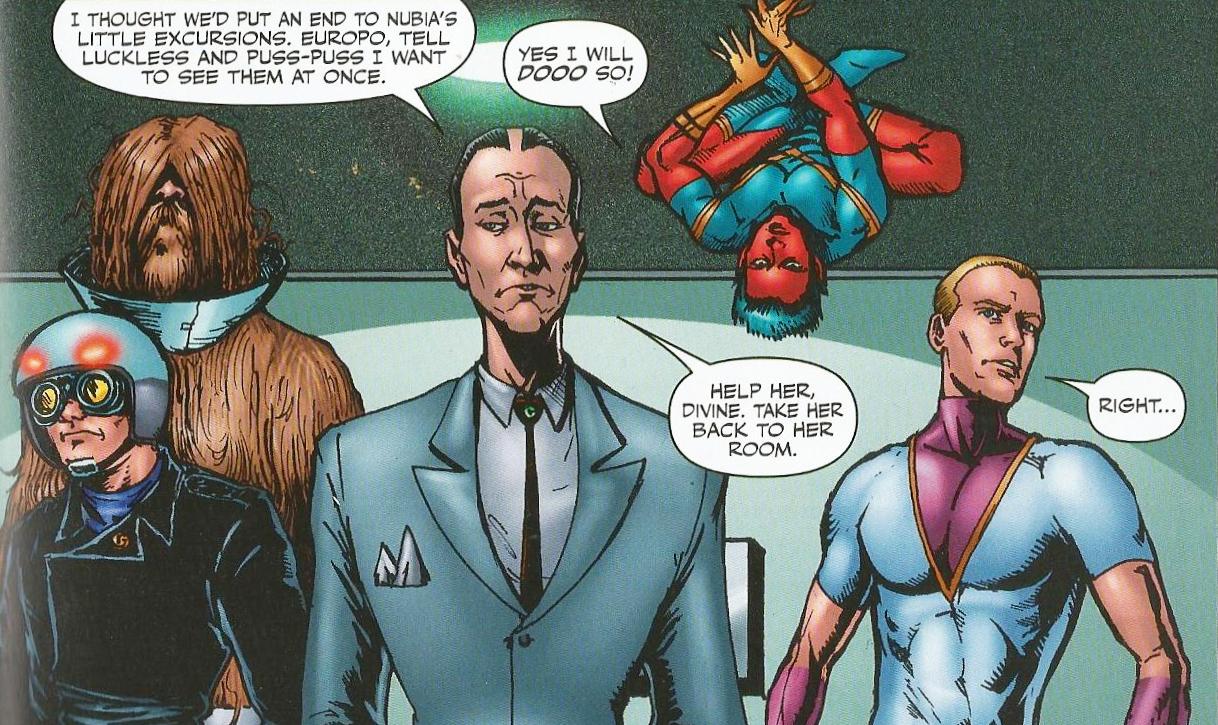 When Silver Kincaid, founding member of the G-Men, commits an extremely public suicide in the small town of Cranbrook, a very large can of worms is opened, because the G-Men – seven teams, 80+ individuals – are the biggest, most diverse and most lucrative ‘supes’ franchise. Teenage (average age twenty-something), outcasts (every one a millionaire celebrity), hated and feared by the world they protect (while raking in the moolah).

Yes, Garth Ennis turns his sights on the X-Men, in his hall of darkened mirrors, building an elaborate and sinister scenario explaining why the G-Men are so tightly-knit, yet so loosely wound, constantly fighting with each other, yet banding together against the outside world. Why do so many of them go ‘off-message’ and have to be terminated by their own number? The Boys want to know, and to find out, they need a man undercover. So the G-Men’s junior team, G-Wiz, gets a new member – Bagpipe, alias Hughie!

Like Hughie, we’re drawn into a reluctant affection for the kids of G-Wiz, who, while fucked up, seem to be pretty benign compared to their elder teammates in the G-Men, G-Coast, G-Brits, G-Style, G-Nomads, and so on. The swipes at Marvel’s Merry Mutant Franchise are plentiful and fun, and you get the impression Ennis is just relaxing a bit with some easy targets, but step by step we are guided into one of the darkest aspects yet of the Boys’ world, a situation so volatile and hazardous that even the insidious Vought-American, the corporate owners of the Seven and merchandisers of the G-Men, feel the need to intercede, inadvertently becoming the saviours of Hughie and his comrades.

The discovery of a betrayal-by-omission of one of the Boys’ grudging allies reveals for the first time the true face of Butcher behind his smiling façade, and the depths to which he’ll go to facilitate his agenda. Artist Darick Robertson has great fun with the G-Wiz kids’ Animal House-style antics, contrasting vividly with the carnage in the majority of the narrative.

A smattering of pin-ups – in which Amanda Conner’s Fighting For Jamie’s Honour walks away with top prize – is the bonus material this time round, as we look forward to the ‘supes’ annual booze & banging bonanza in Herogasm.