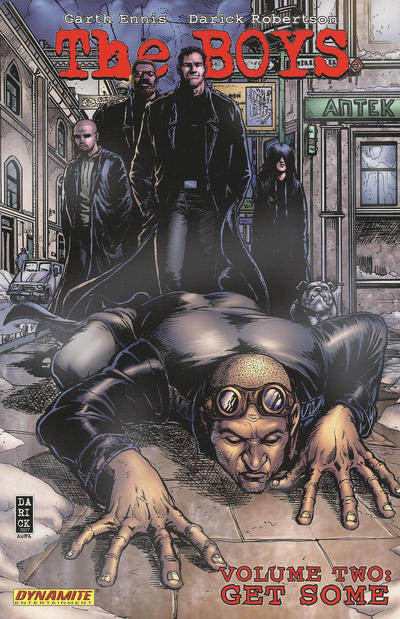 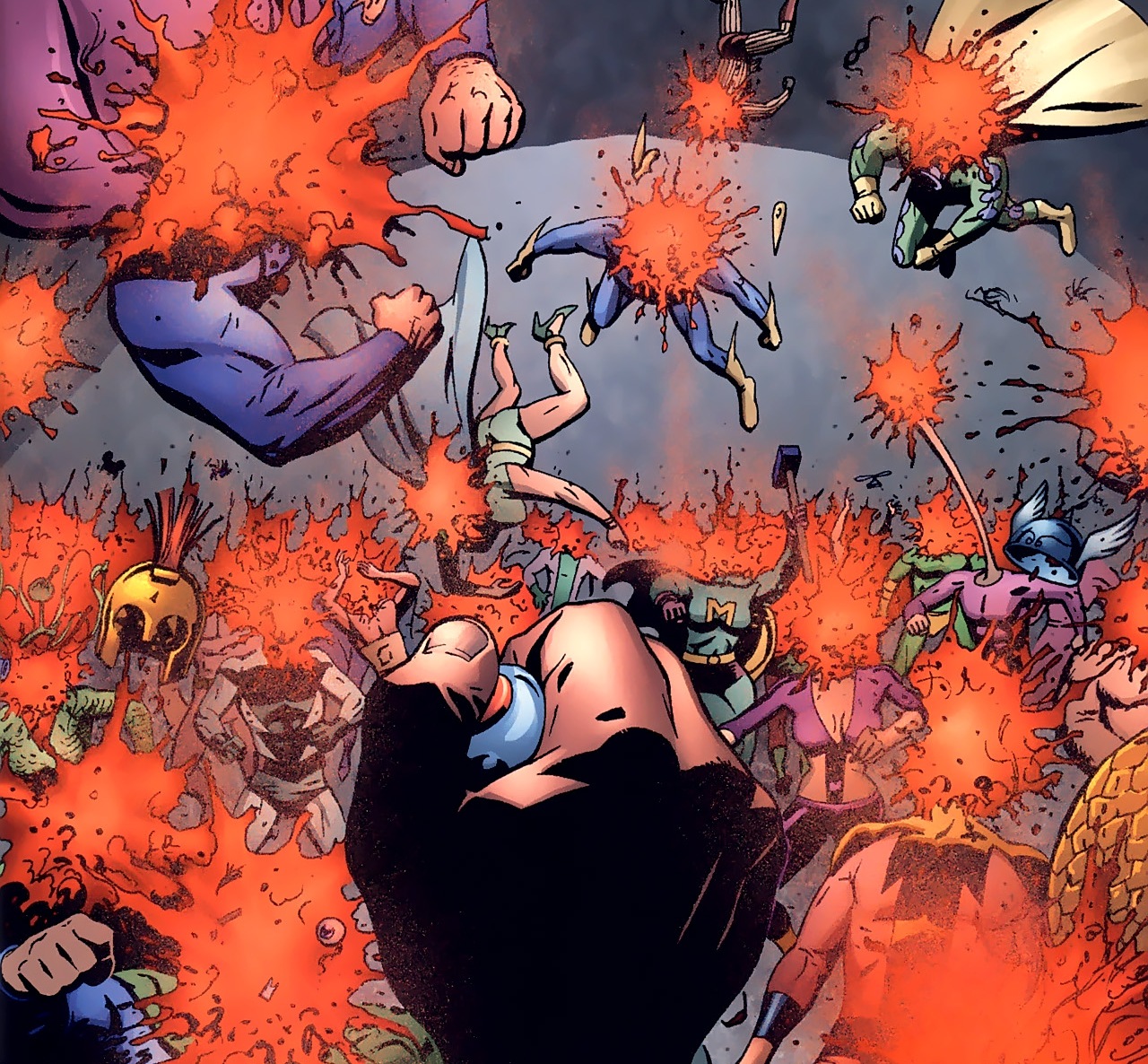 After a roaring start in The Name of the Game, the Boys’ skyrocketing trajectory takes a slight wobble here, but regains its momentum admirably.

The eponymous story arc, ‘Get Some’, despite some enjoyable moments, comes across a little like a ‘very special episode’, dealing as it does with the murder of a young gay man, and the efforts of Butcher and Hughie, to discover his killer. This is a favour to the Legend, a comics impresario and a source of intel to the Boys. The Legend is a glorious amalgam of all the excessive, egomaniacal, vile-tempered and autocratic editor/publishers you’ve ever heard Those Stories about. His outbursts, plus the story’s secondary plot – Iron Man/Batman mash-up the Tech-Knight develops an irresistible urge to sodomize people, animals and objects at random, and hilarity ensues – liven what would otherwise be a tale with a little too much self-conscious ‘worthiness’. It’s a rare, and only slight, misstep for the series, but it occurs early on, while the title was still finding its feet. Even artist Darick Robertson seems less interested, providing competent but uninspired illustrations for a story that nobody’s heart seems to be in.

We’re back into comedic carnage when our merry band hit Moscow for the Glorious Five Year Plan. Little Nina, a compact bundle of venom who rules the Russian crime world, is gathering ‘supes’ for her own agenda, and the Boys must team up with Vasili Vorishikin to prevent her rise to power. Vas, former soviet super-hero Love Sausage, is one of only a handful of ‘supes’ for whom Butcher appears to have any regard, and a friendship develops between Vas and the Boys’ newest recruit when the rest of the team are hors de combat, and Love Sausage must rise again in a titanic team-up with Wee Hughie!

Needless to say, all parties are dancing to someone else’s tune, and Butcher’s final confrontation with CIA Director Susan Rayner, his bete noir and reluctant fuckbuddy, puts the brakes on the mordant merriment. The clean, crisp linework of Peter Snejbjerg, fill-in artist for most of this arc, looks a little odd when contrasted with regular illustrator Robertson’s softer, more organic work. Even the squalor and bloodshed is trim and perky. However, he does a bravura job with the comedic aspects, and his version of Love Sausage is truly unforgettable. No, even if we try very hard indeed.

The Boys’ saga continues in Good For the Soul.