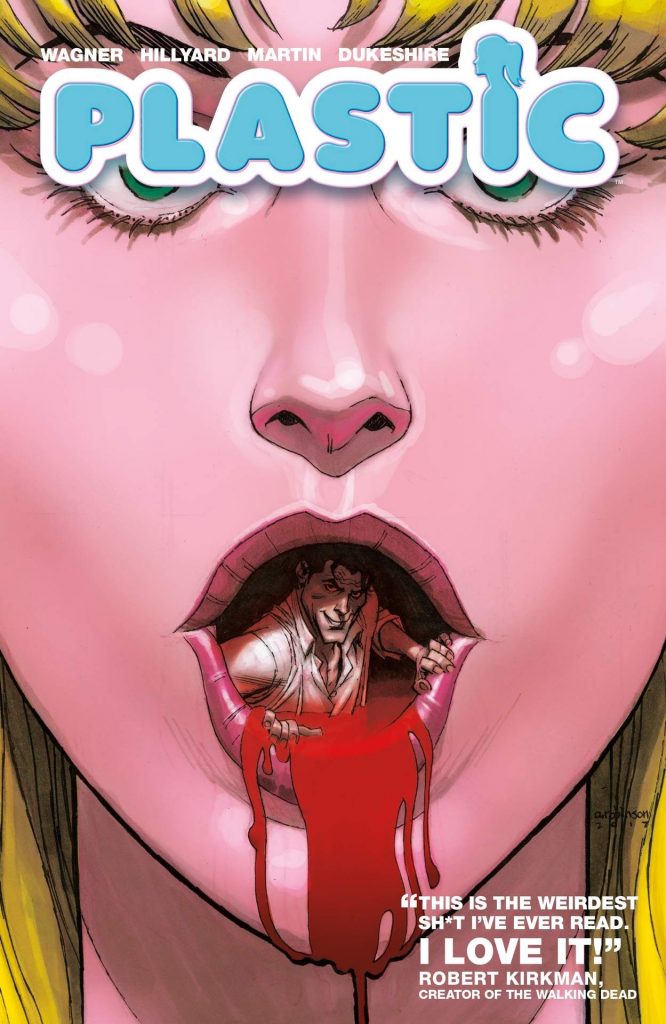 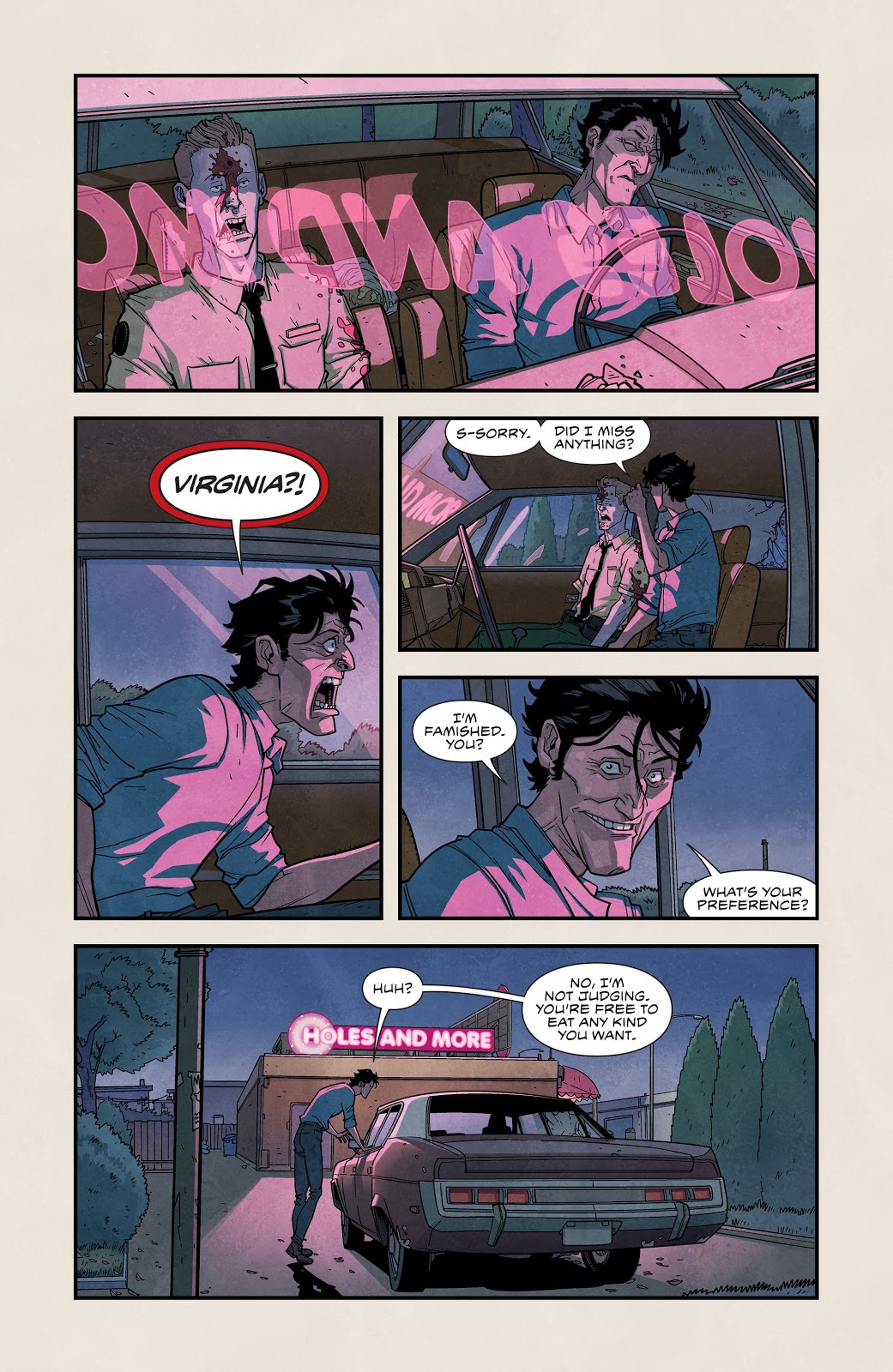 We meet Victor in the throes of a back seat of the car chassis-trembler, and while his behaviour is eccentric, it takes some time to realise that Victor is completely off the scale bonkers. The Virginia he talks to and treats so well is a plastic sex doll dressed in Jackie Kennedy pink that’s his one true love and desire. However, under Doug Wagner and Daniel Hillyard this is no exotic charmer like the film Lars and the Real Girl, but a bloody crime story.

As per Robert Kirkman’s cover quote, it’s a nutty piece, but maybe not quite as twisted as Image’s publisher would have you believe. Virginia is just used to provide title and purpose, and what plays out from that is exceptionally violent and graphically portrayed, colourist Laura Martin having to resort to plenty of red. We’re also introduced to Thaddeus Bellivoe, established as a rich and powerful man, and Victor seems just the type of person he needs to sort out a few problems, but what he doesn’t realise, and what we see, is just what he unleashes.

Hillyard provides decent art along with solid storytelling, successfully including the horrific elements in way that seems very natural, which is a creepy skill when considered. At times the excess takes precedence, but that’s the way Plastic is written.

We never really get to the bottom of who Victor is, although hints are supplied, and we rapidly realise somewhere in his demented head is what remains of a very capable individual with a lot of dangerous knowledge. Once we come to terms with that, Plastic plays out predictably apart from the inclusion of an especially convenient supporting character who’s unconvincing in sticking around when anyone else would run as fast and as far as they could. A throwaway surprise toward the end is a nice touch, though.

Beyond the violence, the language and casual attitude to rape are triggers for offence, although it can’t be denied that everyone gets what they deserve.