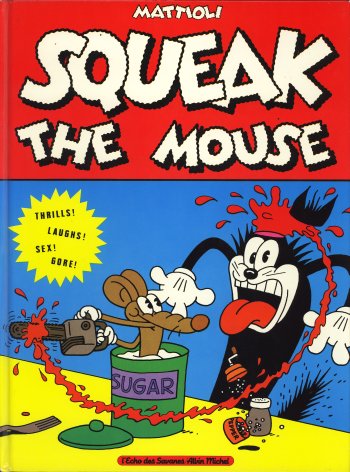 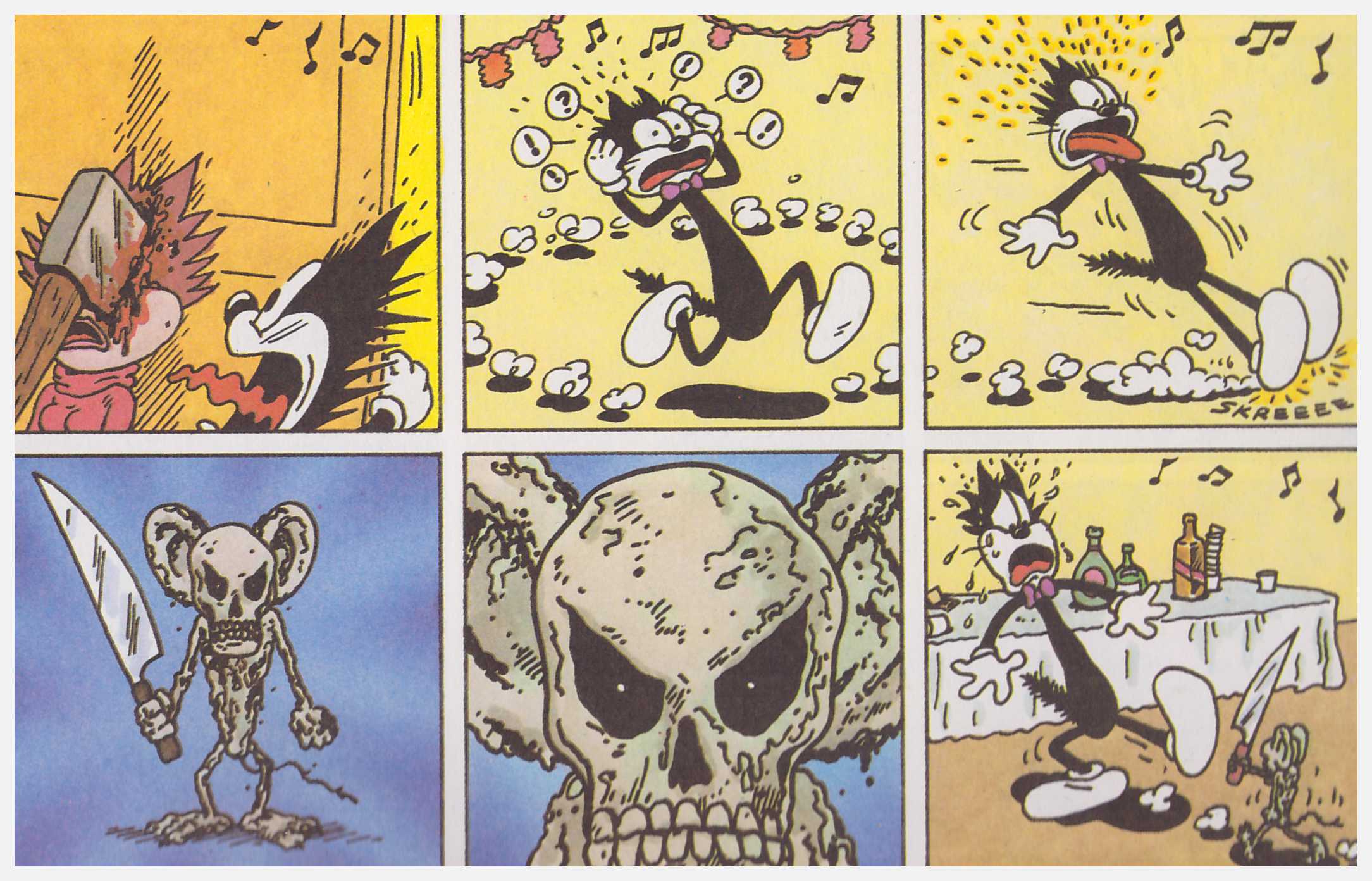 When Matt Groening conceived the Itchy and Scratchy inserts in The Simpsons, he’d surely first read Italian funny animal artist Massimo Mattioli’s extremely black reboot of Tom and Jerry, Squeak the Mouse. By the time he created Squeak, Mattioli was a veteran cartoonist who founded the Italian Underground magazine Cannibale. With the first installment published in 1982, Squeak the Mouse takes the classic cartoon scenario of a mouse trying to outwit a smug, sadistic cat, who constantly pursues him, to extremes. As the cover to Catalan’s collected version suggests, the story features “Thrills! Laughs! Sex! Gore!”

Mattioli’s drawing style for Squeak is more characterful than traditional American Loony Tunes style animation, harking back more to funny animal comics from the 1930s. From the range of styles displayed by his other work the slightly clunky, more hand drawn look of Squeak is deliberate, as he can certainly accurately parody the styles of many classic animators when he wants too, as well as drawing on Pop Art influences like Roy Lichtenstein.

However cute his cat and mouse duo may look, they are rapidly revealed to be violence-driven maniacs, each as bad as the other. At the start of the story the cat kills Squeak, only to have him return as a zombie on a murderous rampage, who kills a party full of people, until the cat traps him in a blender and turns him into mouse soup. However this has no effect, with Squeak turning up in zombie form once more at an orgy and once again slaughtering all the guests. And so it continues, with Mattioli’s inventive mind coming up with increasingly bizarre and violent ways for his characters to kill each other off, keeping this cat and mouse story going until Squeak finally vanquishes his foe for the last time… but acknowledging the cycle of violence, Mattioli sets his anti-hero off to antagonize another cat, suggesting it will happen all over again.