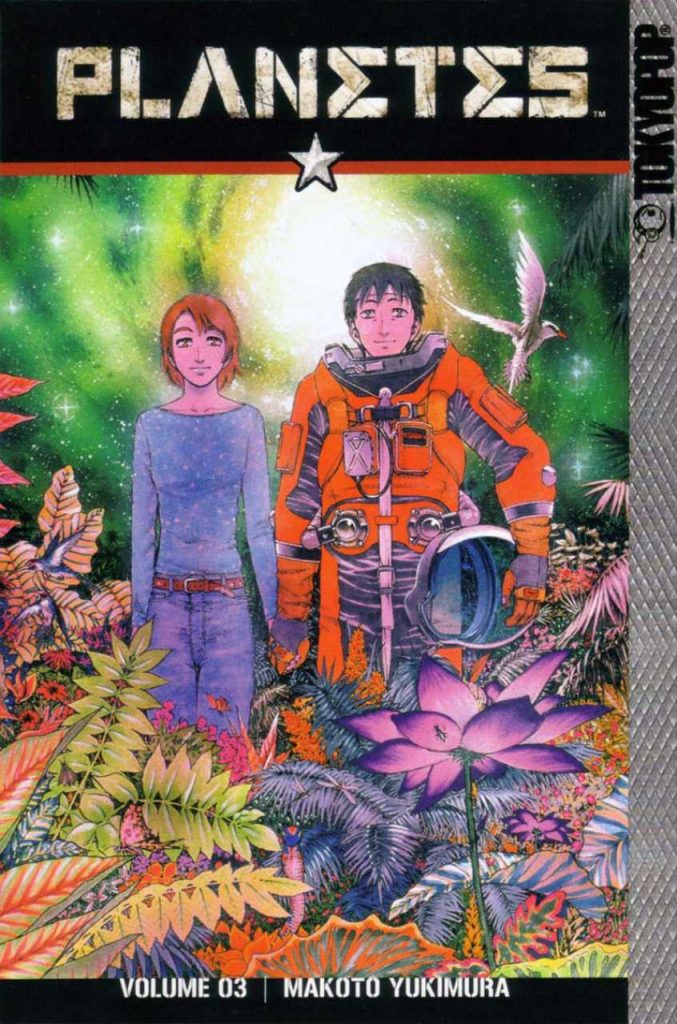 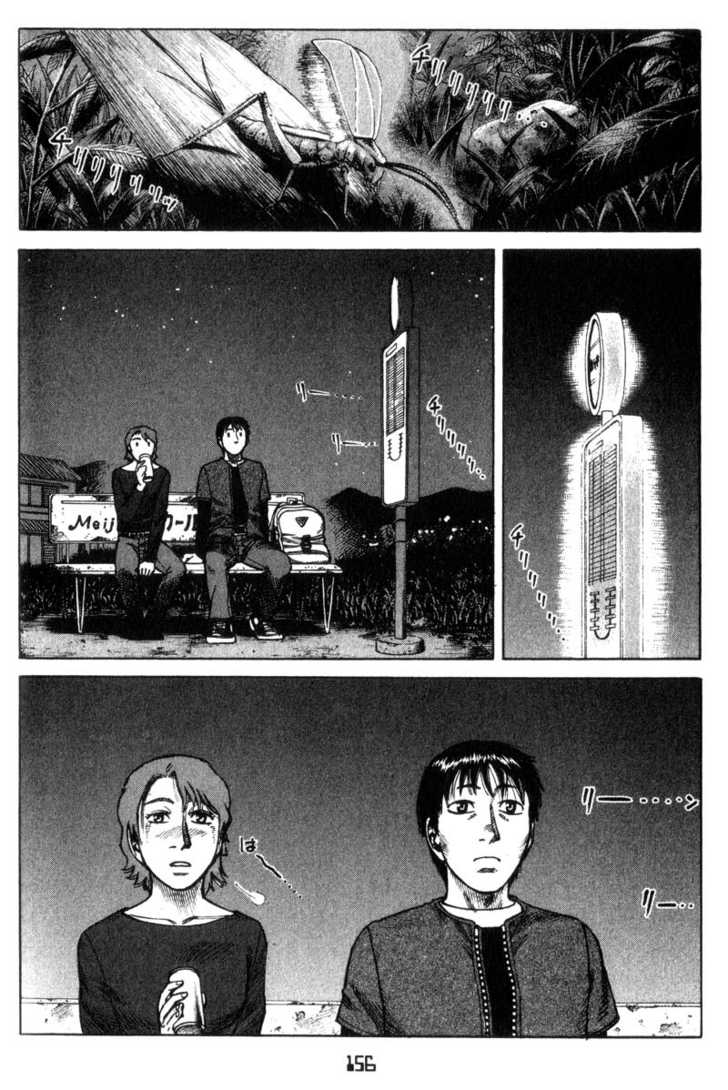 Makoto Yukimura set an increasingly reflective and melancholy tone in Planetes 02, and that continues, with Hachi still processing the emotional turbulence and the life-threatening experiences he’s been through. He’s haunted by the slimmest of chances separating him from tragedy and nagged by the continuous thought of something monumental and spiritual awaiting discovery in space, and he’s not the only Jupiter mission astronaut considering the bigger questions.

Although there are stopovers with others, providing backgrounds, it’s only ever to add a greater depth to their interactions with Hachi, around whom all revolves. He’s grown far away from the impulsive space garbage collector we first met, and Yukimura’s taken his story far away from that light comedy. The beauty of Japanese comics when compared to their serialised American counterparts is the opportunity to spend time on emotional depth. The sample page is gloriously constructed from the density of the top panel, a continuing metaphor for man among the stars, to the simplicity of Hachi and Tanabe sitting at a bus stop contemplating what’s just happened. It’s been a moment of unimaginably intense feelings, created to bring tears to the eyes of the most callous reader, explored over several pages, largely dialogue free, Yukimura skilful enough to convey the emotional complexity through posture and glances alone.

Everything is so well crafted from the initial unease, to recognition of what Hachi’s problem is to the new problem of the Jupiter mission he’s signed up for intended to take seven years. A whole wistful chapter is dedicated to Tanabe’s infancy, offering an entirely different view of her. As sidelines Yukimara drops in the necessities of a crew bonding as family for optimal mission conditions, the simplicity of rockets and parental hopes, often drawing parallels with humanity being miniscule in terms of space. Despite that Planetes is an inherently optimistic series, humane, understanding and intelligent with great depth. It’s neatly complete in five volumes and Planetes 4.1 follows.

Alternatively these chapters are spread over the first and second Planetes Omnibus. To be honest, that’s the better bet. Not only is it more easily found, the restored colour pages also restore Yukimura’s storytelling intentions, meaning we know what Hachi intends before he leaves his training to return to Earth.