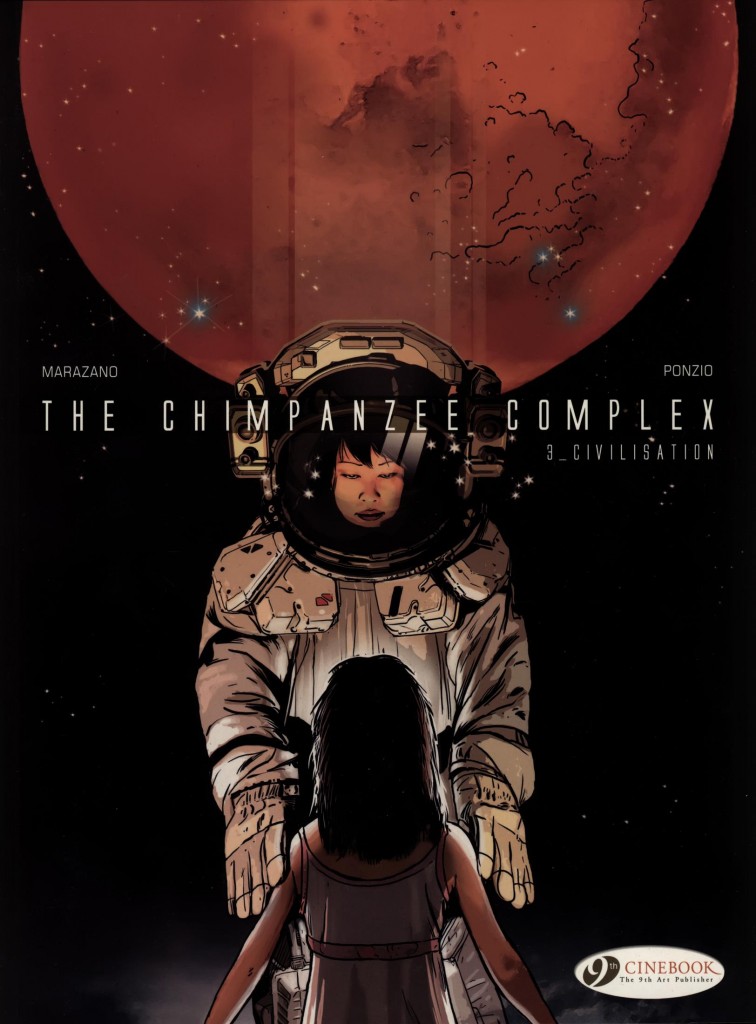 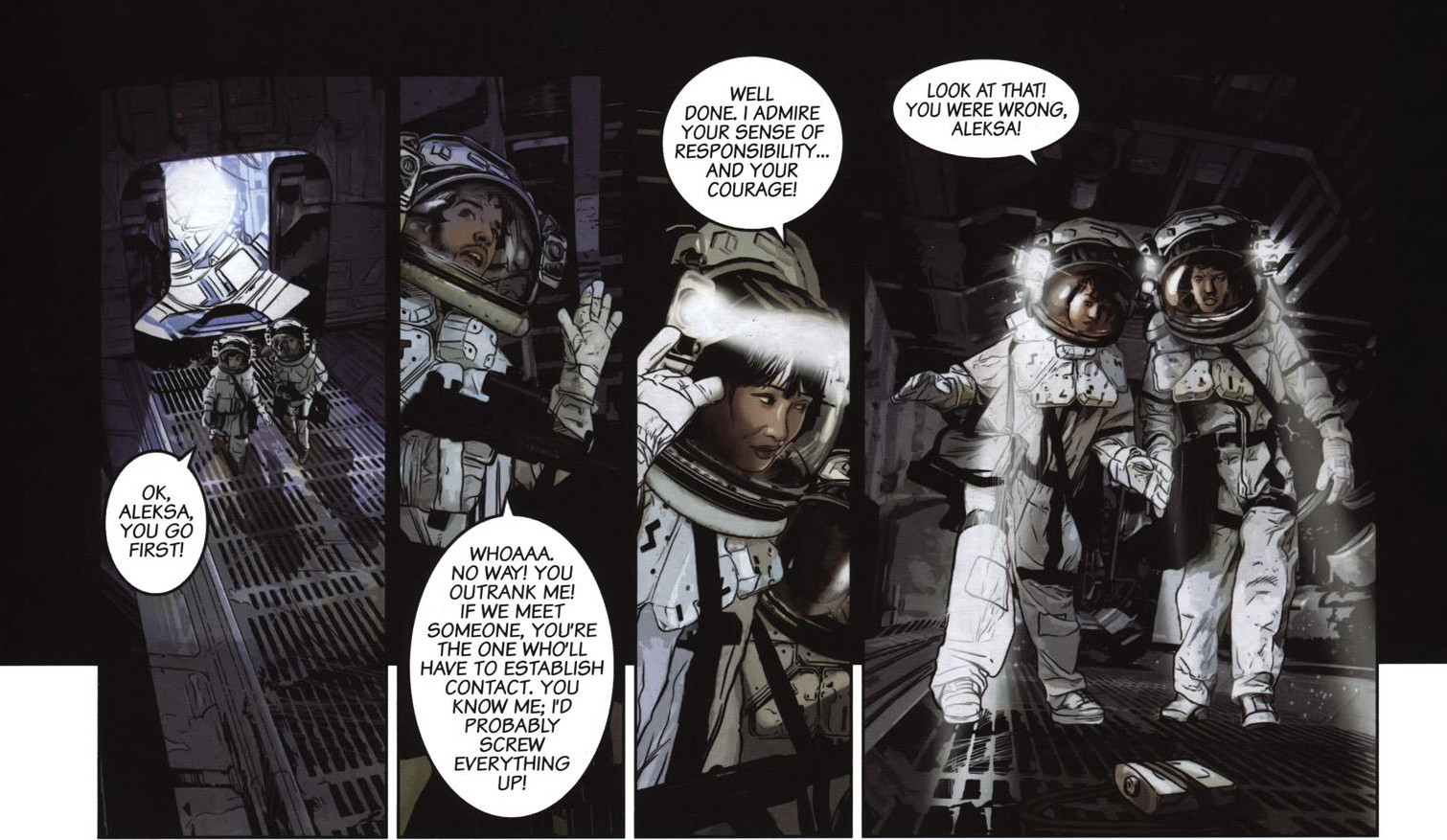 The conclusion to The Sons of Ares left astronaut Helen Freeman and her crew who knows where. On course for Earth in 2036 after a mission to Mars with astonishing revelations, they vanished from all tracking technology on Earth. There are reflections of the first volume as it’s established decades have somehow elapsed and Helen and Aleksa appear to be the only people living aboard their craft.

Rapidly thereafter it’s discovered that their craft is hitched to something else that dwarves it, something far beyond the ability of Earth’s technology to create when their journey began.

Richard Marazano shifts tone with this volume, deliberately supplying few answers as he concentrates on imbuing his story with an air of tension, foreboding and mystery. Exploration is intercut with messages from Earth, transmitted decades previously, and it rams home the tragedy of the situation. While on Earth Helen could always kid herself that she’d be able to make up for lost time with her daughter Sofia, yet now that’s been whipped away from her. The previous two chapters had pulled their emotional power from Sofia’s resentment, and that’s switched here, as there’s very little of Sofia and the book is weaker for this.

The illustration is rich and gloomy, although Jean-Michel Ponzio’s reliance on photo poses for the cast delivers a static quality on occasion. He fills their environment with wonders, though, dedicating the time to construct entirely plausible alien scenarios. Previously Ponzio has depicted a close, claustrophobic atmosphere, but in Civilisation he supplies a prevailing air of insignificance as Helen and Aleksa explore.

Although steeped in hard science-fiction, this entire series is a cerebral experience, pondering man’s place in the greater scheme of things. The explanation of the title given in volume one attains a far greater significance, but Marazano doesn’t lay everything out neatly. While in no way cheating or wishy-washy, there’s considerable room for reader interpretation of what’s occurred. Towards the end there’s a dedication noting “gave her the courage to live her dreams whatever the cost”. In context this is rather an odd message, yet, paradoxically, it’s also the heart of the book, reinforcing our isolation.

There are a lot of big questions posed throughout The Chimpanzee Complex, and not all are answered, but it’s a series that lurks in the mind long after the conclusion. Some similarities suggest that the makers 2014 movie Interstellar were aware of these graphic novels.