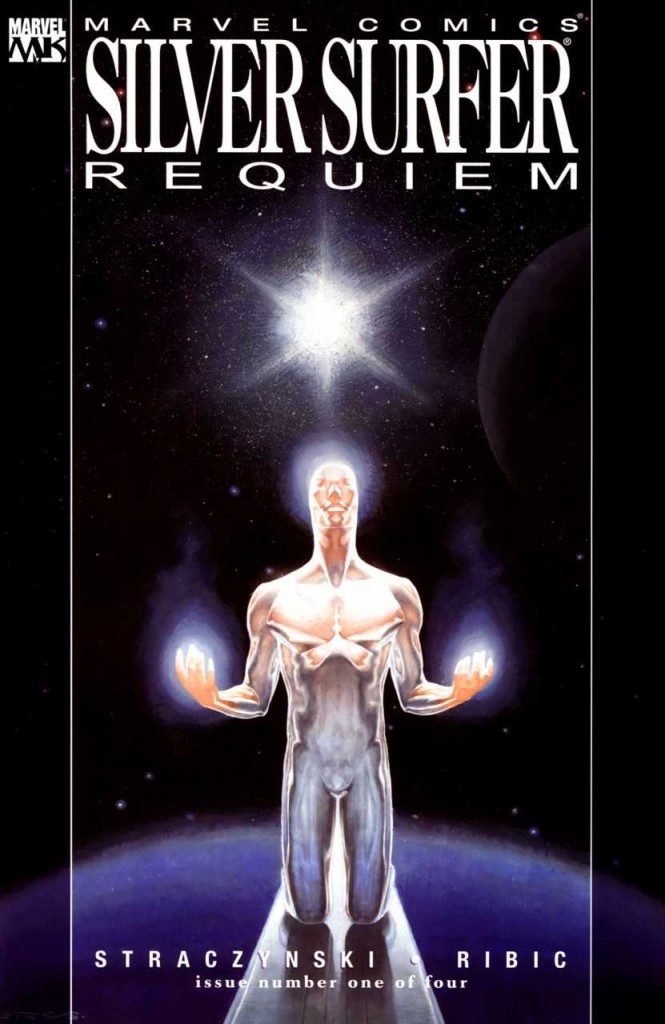 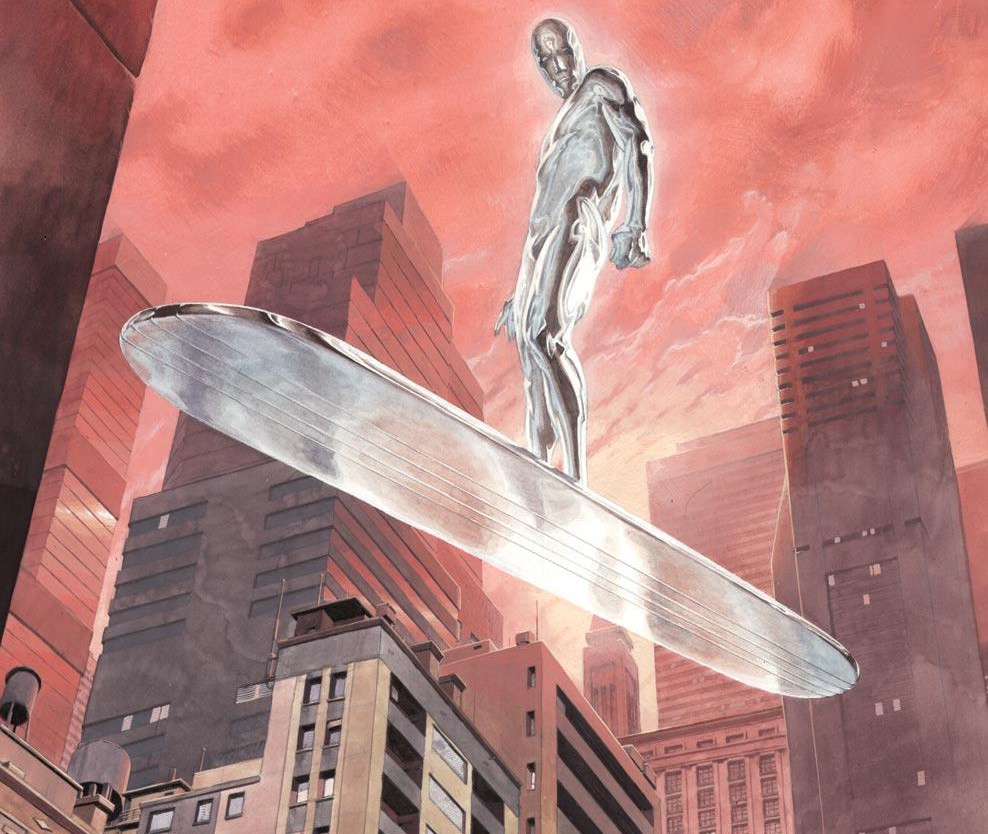 Let’s start with artist Esad Ribić, and keep the spoilers until the next paragraph. Too many artists over the years have portrayed the Silver Surfer as just another superhero. Despite the numerous occasions he’s been treated as such, or over-written as a self-obsessed, whiny being with monumental power, let’s agree that at his best he’s far more. His soul and humanity prompts regret at the arbitrary manner in which nature can devastate, be it on Earth or among the stars. Ribić is startlingly successful in portraying this very caring being via his expression and posture, and excels at conveying the isolation of space. He’s equally good when it comes to Spider-Man.

So to the story. There’s a reason for the title. J. Michael Straczyski’s plot has the Surfer discovering that the bonding process that coated him with his distinctive silver outer layer, is breaking down. This is confirmed by Reed Richards, and as his silver epidermis is inextricably linked to his natural nervous system it means not only will he no longer be able to travel through the vastness of space, but his life is ending. This is all revealed in the opening chapter.

The Silver Surfer is quite stoic about accepting his demise, and the ramifications for others are considered as Straczynski plays out some final meetings. He throws out ideas on a scale befitting the Surfer’s capabilities, along the way explaining the surfboard, as the Silver Surfer makes his way back to his home planet and his former girlfriend.

There’s an important distinction to be noted. Requiem was published under the Marvel Knights imprint. It offered a leeway unshackling the chains of regular continuity and enabling conclusions unpalatable if tied to that continuity. This being the case, and the product not being cited as alternative world, there is an element of what could be considered cheating on the expectations of readers.

On the other hand, there’s no denying this is a fine story, well told and well painted, if taking a puzzling diversion into allegory. The Silver Surfer has always been about mood rather than narrative – there is a reason Moebius worked on the character – and this is captured here in a heartbreaking story.