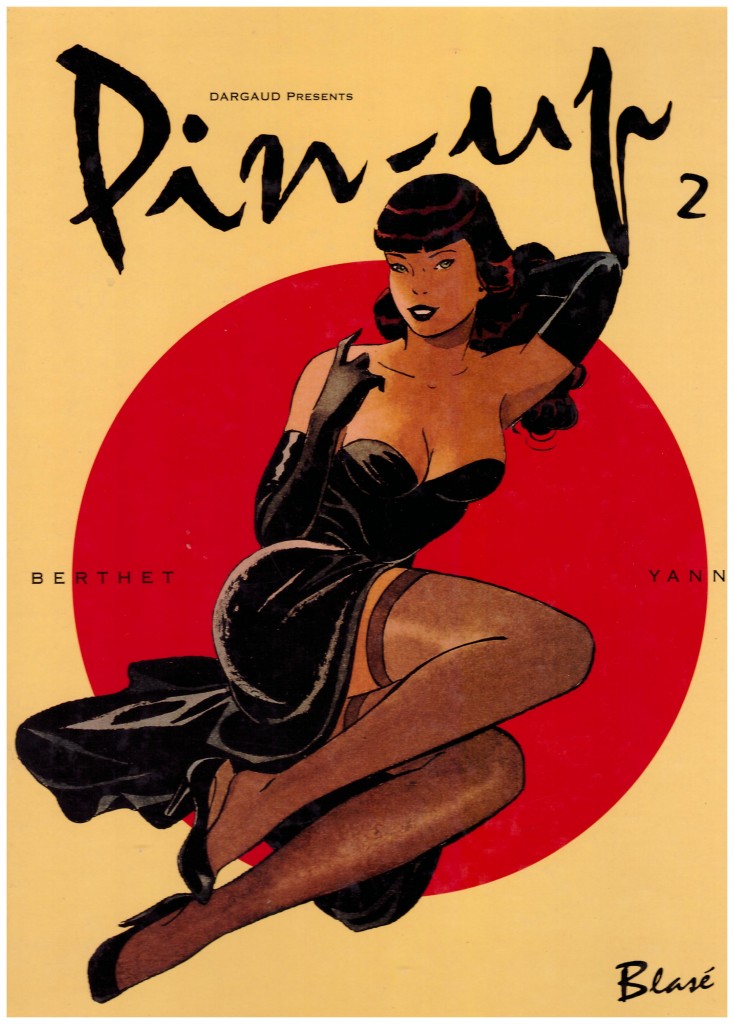 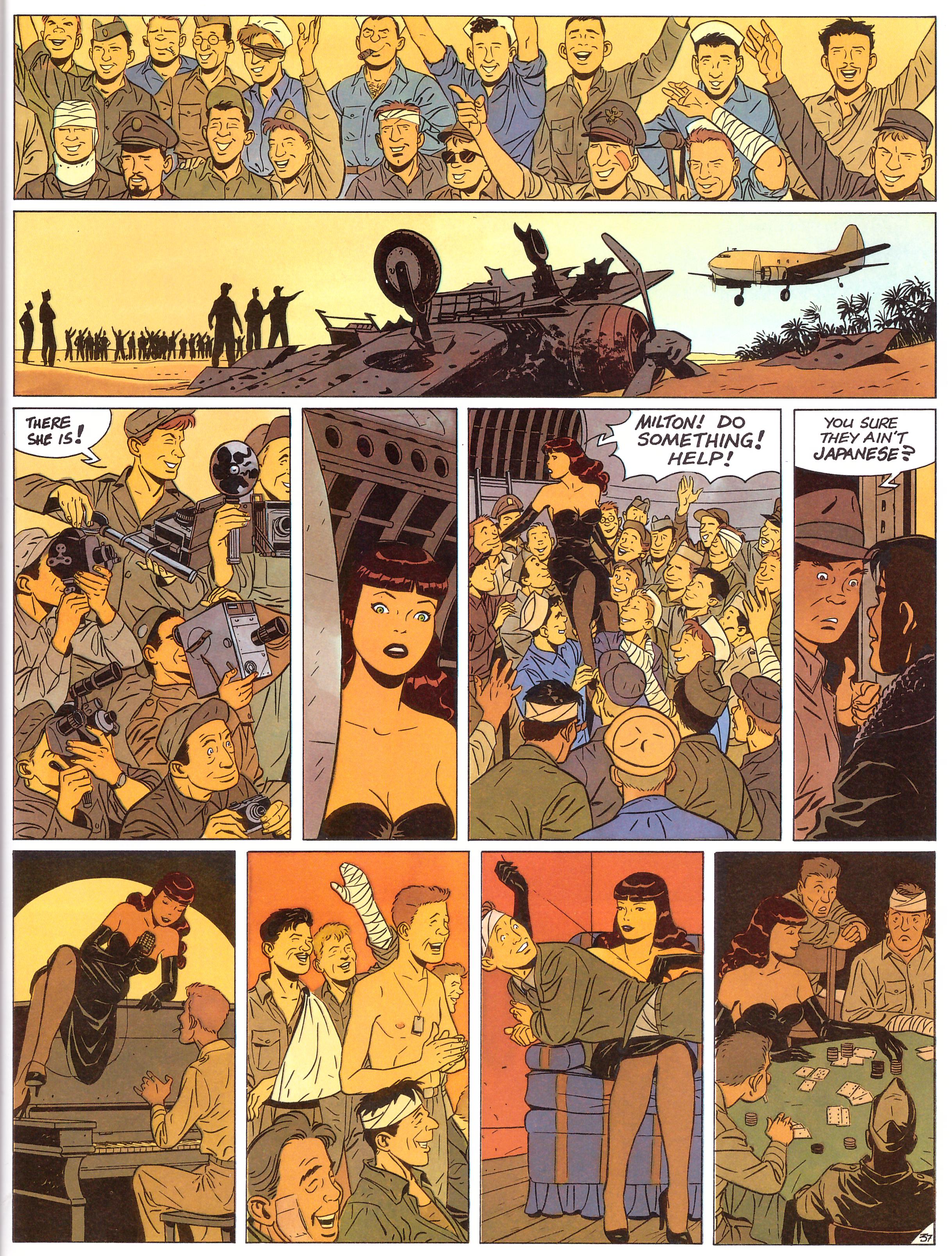 The opening Pin-Up album introduced Joe, sent away to fight for the USA in the Pacific during World War II, and his girlfriend Dottie, who becomes the model for the Poison Ivy newspaper strip circulated to troops. Joe doesn’t know why he’s so obsessed with the girl in the strip, but by the end of the book it’s taken a strange and personal turn. That’s because Milton, the strip’s creator, has become obsessed with Dottie and doesn’t take it well that she remains loyal to Joe, even after he’s all too easily manipulated into sending a letter breaking off their relationship.

Yann (Le Pennetier) gives Pin-Up a verisimilitude by surrounding the cast with known names and faces from the era. We meet Irving Klaw, photographer of bondage scenarios, British cartoonist Ronald Searle, and Dottie comes to resemble 1950s model Bettie Page as he cranks up the emotional tension extremely well, far better than in the first book. In her Poison Ivy identity Dottie has become very famous, encouraging thousands of admirers. Joe, unaware of Dottie’s life back home, is one of them. There’s a great scene featuring a movie reel showing injured troops, and elements from the first volume’s jumpy plot provide some nice moments here, one being Dottie’s familiarity with warplane fittings. Despite the improvement, late in the book there are still some scenes that just ring completely false, one being Joe’s complete failure to recognise a voice he should be very familiar with.

Philippe Berthet, however, is once again impeccable, giving a warm and homely feeling to the cast while vividly recreating their conditions without stepping over a decency line. Yet the theme of the story is clear from the title, so reflecting that there are scenes of naked women, always elegantly drawn, but strangely unerotic, which may be the purpose.

There are far fewer racist caricatures incorporated in the faked newspaper strips in this volume, but the American troops still refer to Japanese with the racial epithets of the time, which some may consider offensive. It’s perhaps more excusable in story as Joe is among the troops taken as prisoner of war by the Japanese, and the barbaric way they treated prisoners is highlighted.

As before, and indeed in the concluding volume to this story arc, this is a generally light look back at some terrible times, and enjoyable in that respect. Pin-Up 3 concludes the story by moving beyond the war.