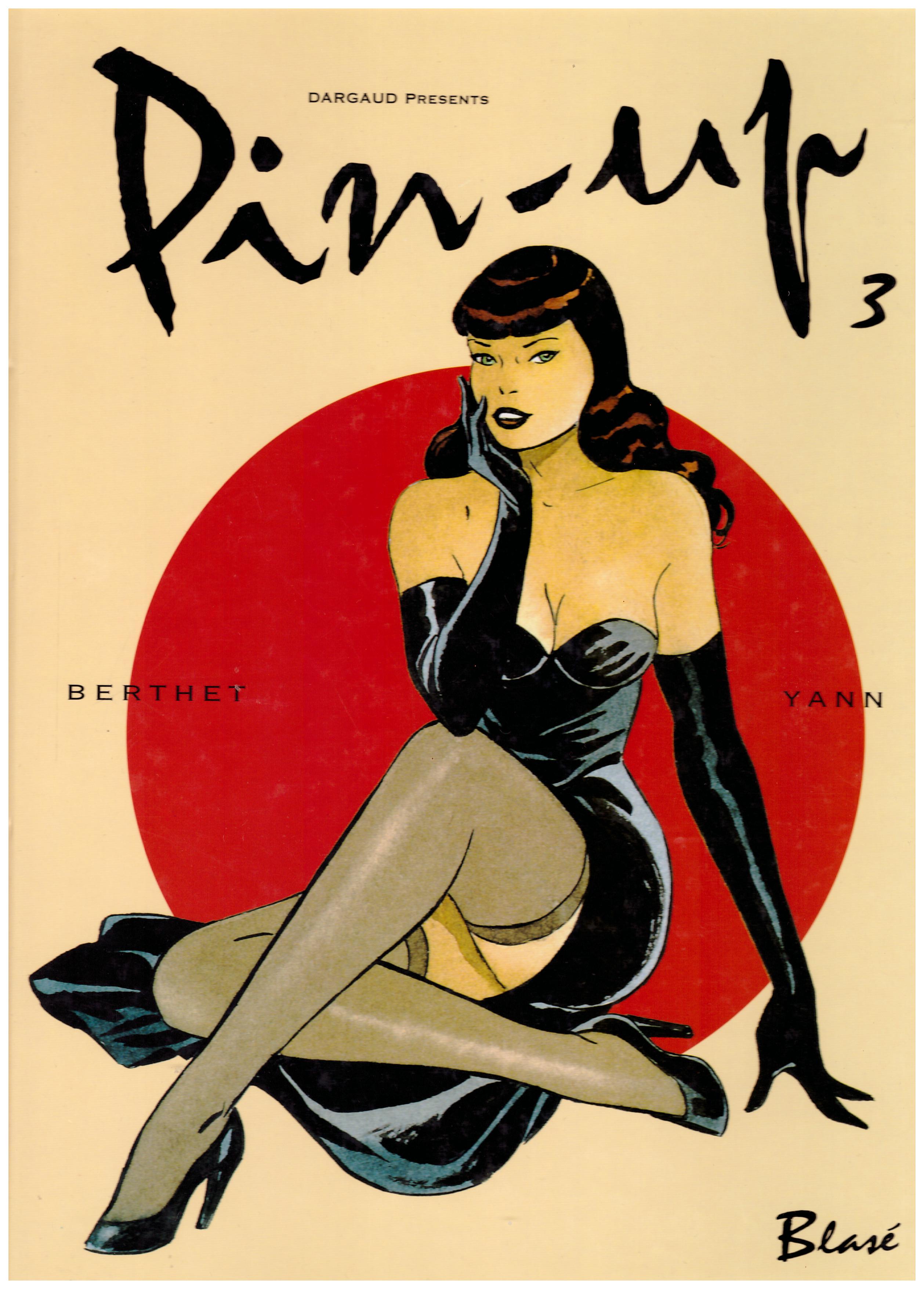 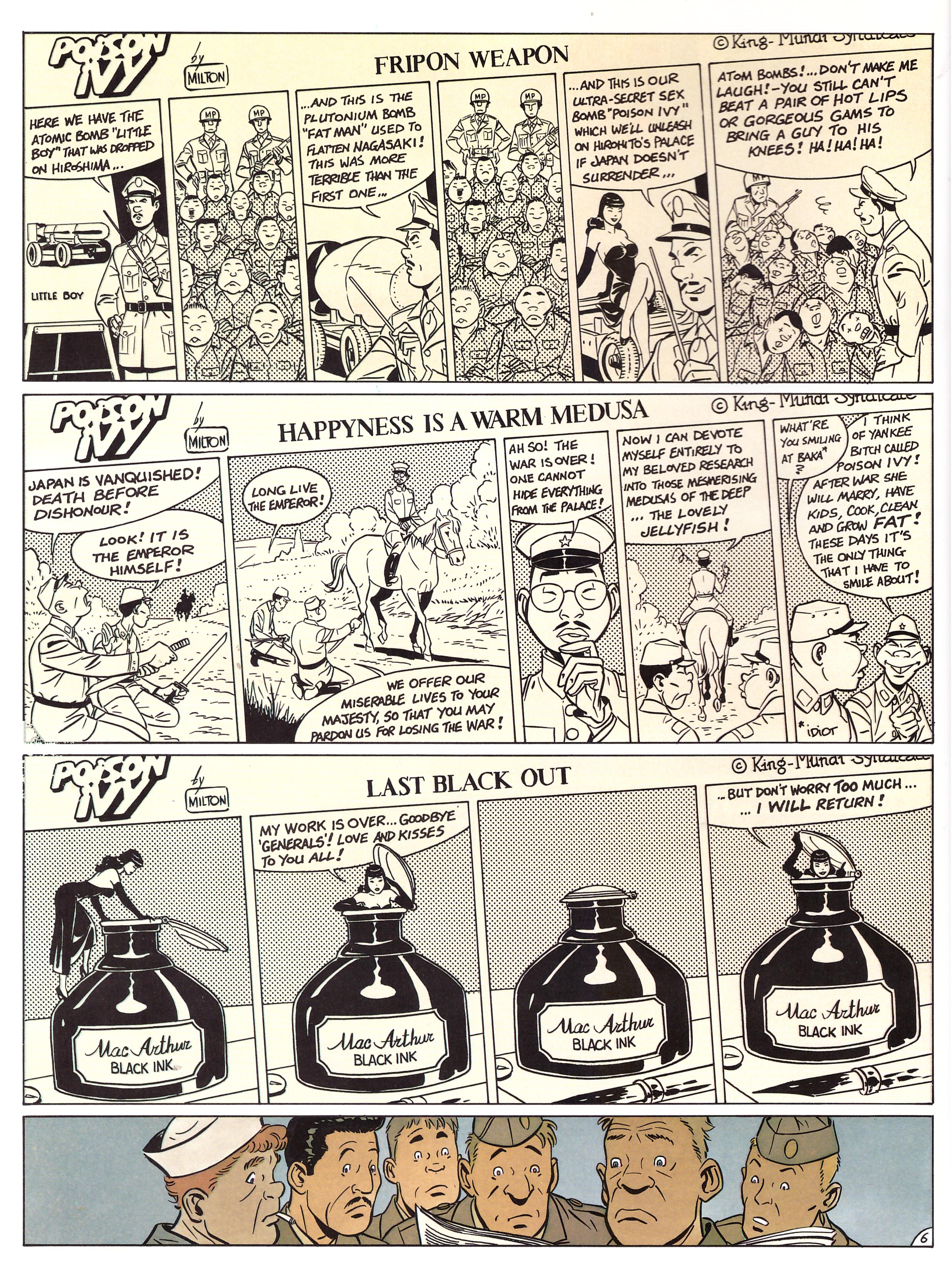 With this concluding volume of the first Pin-Up story (the others remain unavailable in English) what writer Yann (Le Pelletier) has been doing becomes clear. He’s unable to name her as Bettie Page, here just “Betty”, but it’s now apparent Pin-Up has been a fictionalised biography bolstered by the use of known people from the 1940s.

Starting out as a naked model for illustrations on World War II warplanes, Dottie has also been the inspiration for Poison Ivy, the lead character in a newspaper strip very popular with the troops. Now moving into bondage photographs, she’s rechristened Betty. Although she doesn’t know it, her life is endangered as a serial killer is murdering women who worked at a sleazy club at which she sold matches in the early days of the war. To underline the period, known faces of the era appear, more so than previously. Regular supporting character Tallulah is revealed to be based on Tallulah Bankhead, Irving Klaw’s back, photographer Weegee has a large role, and baseball player Pete Gray a cameo.

It’s in service of a story that sees lovers introduced in the first album, Joe and Dottie, both falling apart and neither able to prevent the downward spiral. Yann never really convinces with this emotional centrepiece, however, and while he distracts with the celebrities and the murder plot it’s all very professional, but lacking a real heart.

The art is stronger. Philippe Berthet’s cartooning is as delightful as it’s been over the previous volumes, rich in characters and location, and his strip pastiches are very good, although include racial caricatures true to the era. If any need beyond the story is required to display how talented Berthet is, just flick to the back pages and the sketches on what are presented as the 1942 diary pages of cartoonist Milton. There’s a glorious selection of wartime pin-up style poses in various stages of preparation from the basic dashed off sketch to almost the finished article. Some were used in the previous albums, some not. Berthet’s influences are also credited in the strip, via characters named Eisner and Vargas, both embedded in the times for their art.

A drama based on the real life of a person who can’t be explicitly named is a limiting factor that’s never really overcome, and Yann’s characterisation being only surface deep doesn’t help. It’s professional and logical, but doesn’t ever pull at the heartstrings as it should. Pin-Up looks great, though, and that counts for a lot.