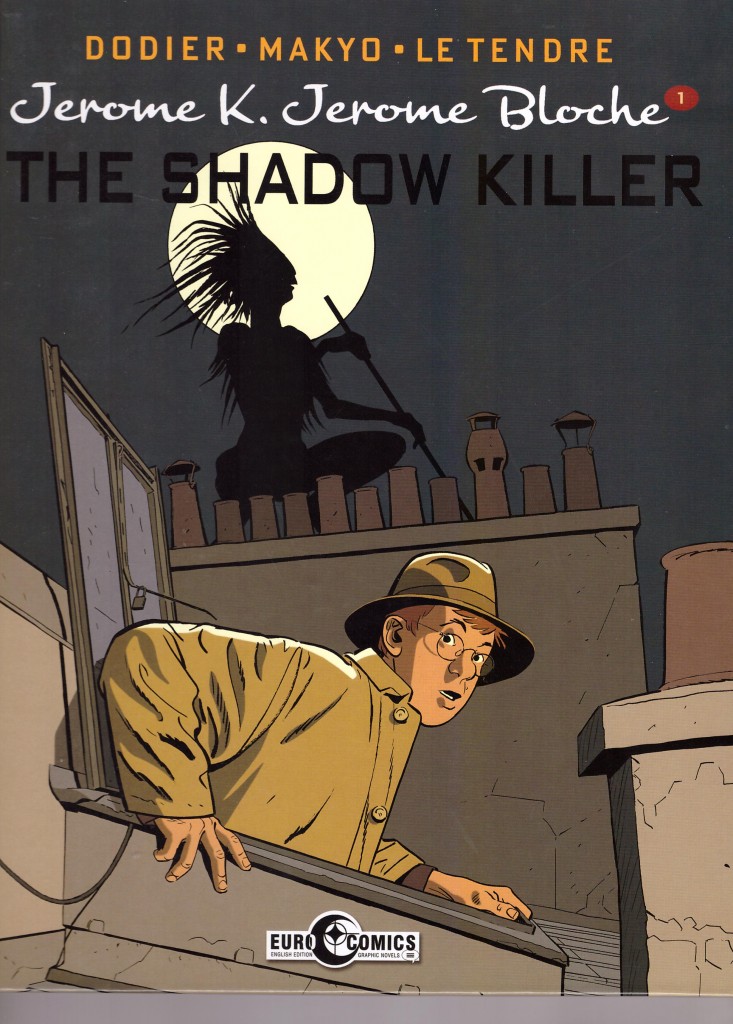 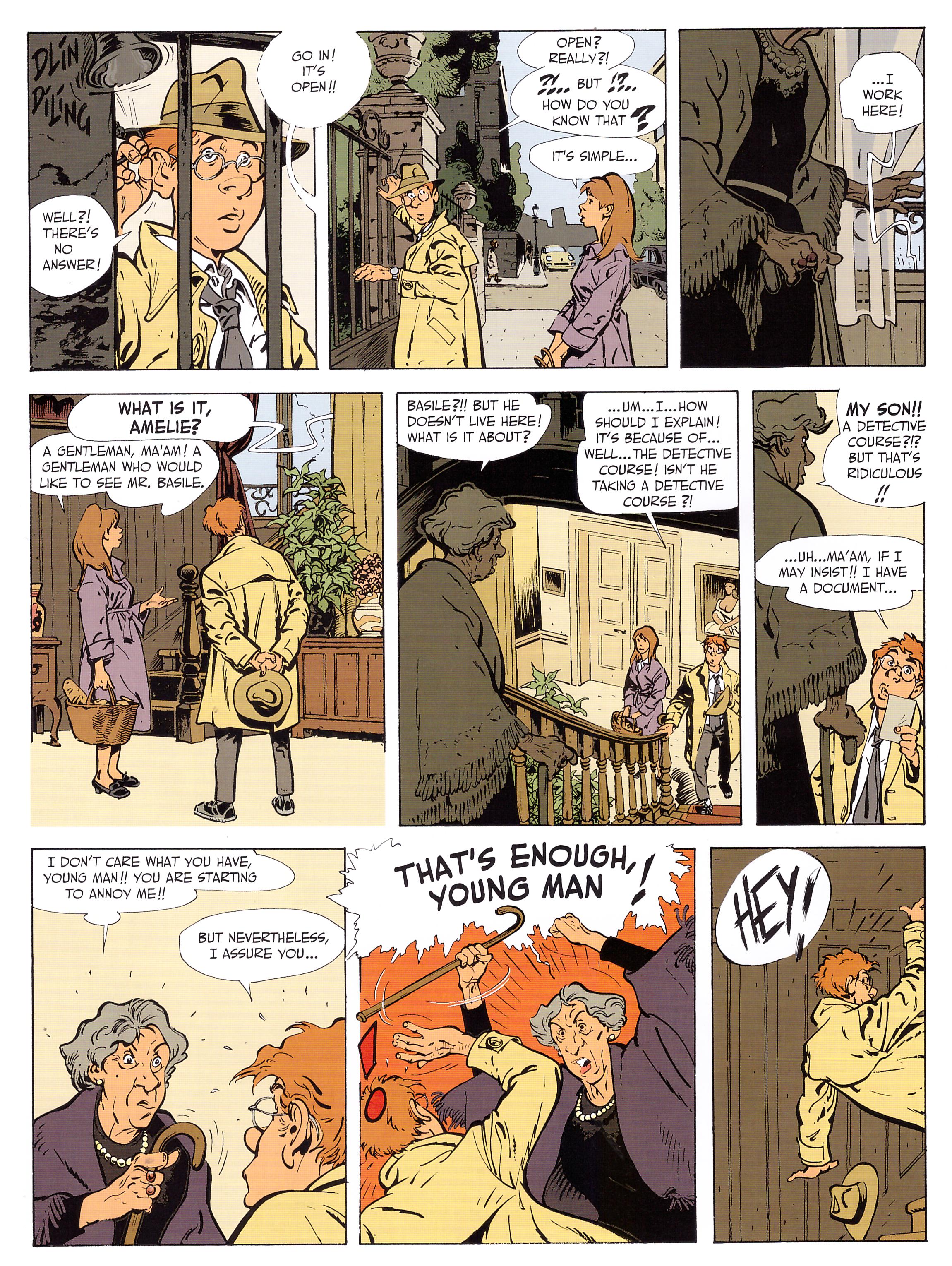 Jerome K. Jerome Bloche stars in in a much loved series of French comedy adventure graphic novels, numbering 25 to date, yet never previously translated into English. That this first novel appears in 2017 makes its then contemporary world of 1982 appear a meticulously constructed period piece, which is no bad thing, although France remains a heavier nation of smokers than the explanatory note contends.

Jerome is an obsessed young man studying to be a detective via correspondence course. He immerses himself in his world, translating foreign detective stories and listening to his collection of taped police sirens from around the world. Simultaneously Paris is being haunted by a murderer the newspapers have named the Shadow Killer, and by chance Jerome discovers that the killer is one of the 24 others on his correspondence course. The puzzle becomes determining which. We’ve already seen on the opening page that the killer uses a blow dart, and is someone wearing a native tribal costume.

Before working on this strip, artist Alain Dodier collaborated with writer Pierre Makyo on other material, and they’re joined on this and the forthcoming second volume by then more experienced crime writer Serge Le Tendre to produce a script played for deliberate laughs. This slapstick approach is slightly more exaggerated than Tintin, with Jerome being less competent also, yet blundering to success. His likeable personality counts for a lot, but there are moments when the gags fall flat. Betraying the era more than use of typewriters and reel to reel tape players is the under-developed character of Jerome’s would-be girlfriend Babette. She serves as little more than a convenient plot device, providing souvenirs from the exotic locations to which she travels as a flight attendant, and simpering at the slightest attention from Jerome, who more commonly leaves her stranded as he rushes off to investigate another clue. This is combined with odd comedy dialogue that stands out when it shouldn’t “Buckle up your seatbelts, ladies and gentlemen! The temperature is rising…!!! Wait a minute! What’s happening to me?!? Oh, yes…?! HE KISSED ME!”.

Why is Jerome named after the author of classic pastoral travelogues? We’re not told, although it matches the overall whimsy of the strip. This isn’t entirely successful, as it leaves some plot elements having sense sacrificed for a joke that’s often not the best. Some of this may be teething problems with the first volume of a long-running feature, and there’s otherwise certainly enough adventure and diversion to a larger plot that’s cleverly worked out and slots precisely into place once all aspects are revealed. Furthermore, some of the capricious inserts are so original they really work well. A wonderful insight is Jerome and Babette’s love for the park merry-go-round as children, leading to it being a location he still frequents.

Starting with the first volume makes sense, and the expressive personalities illustrated by Dodier and his facility for movement have a great visual appeal, so the cartooning carries the feature a long way.

Extras rounding out the book include pages from a strip drawn by Dodier as a teenager featuring a character very similar to Jerome K. Jerome Bloche, early series design sketches showing a very different lead character, and Dodier’s biography in brief. The Paper People follows. 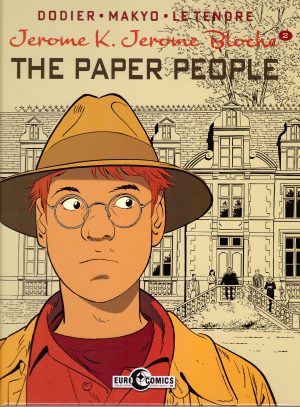