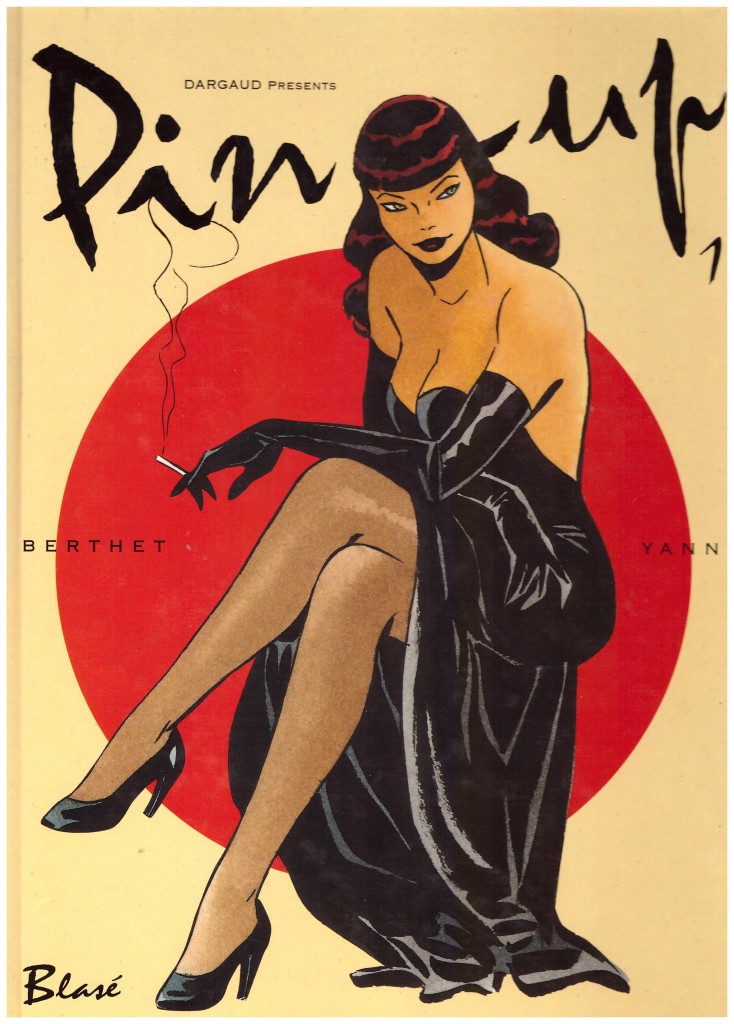 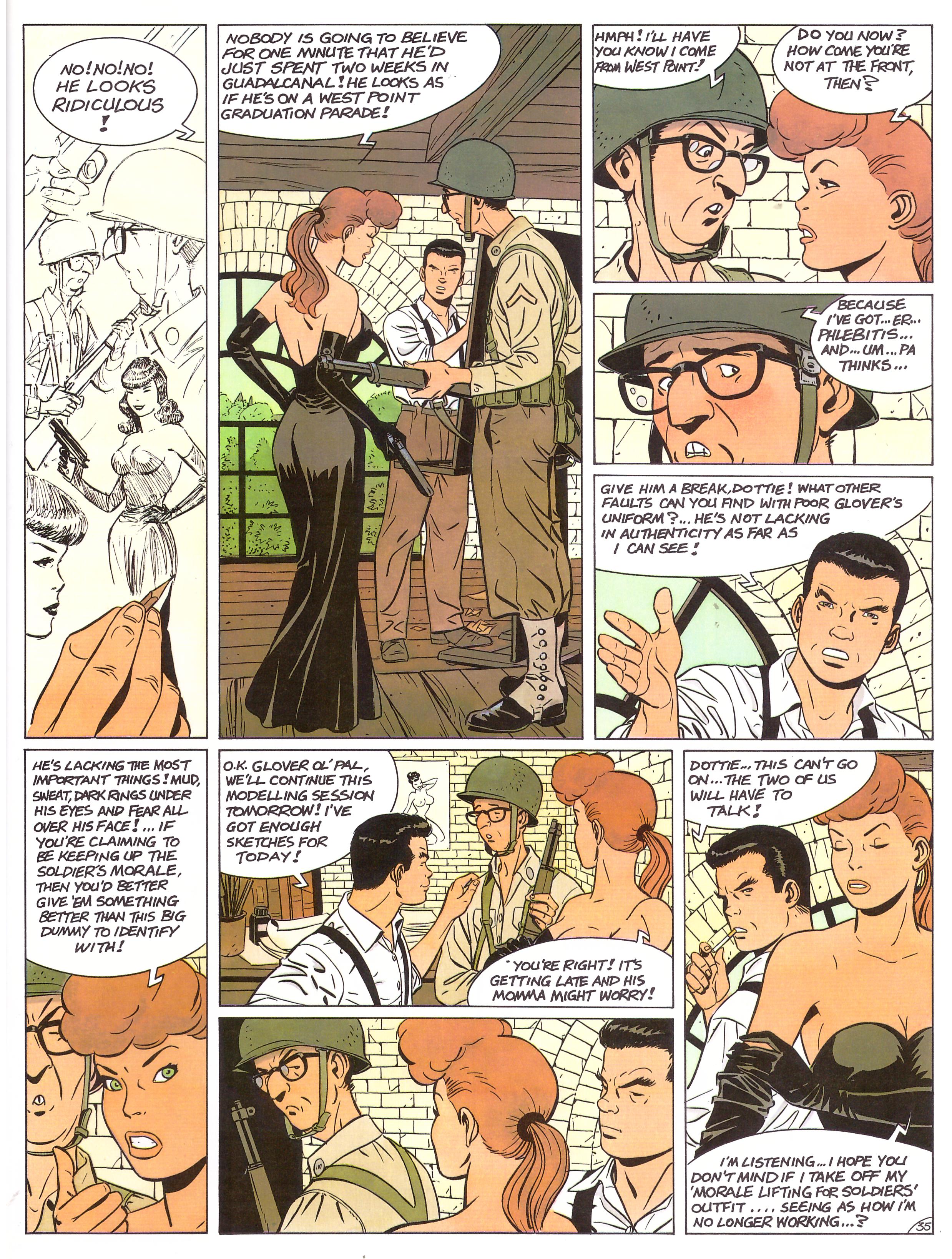 Eventually running to eleven albums, this loving homage to Bettie Page and American newspaper strips of the 1940s proved enormously successful in France for creators Yann Le Pennetier and Philippe Berthet, credited as is common there by just the single names. Only the first three have been translated into English, given a nice uniform cover design by the short-lived Blasé Publishing, and they tell a story complete in itself.

Joe is among the hundreds of thousands of Americans who leaves his girl behind in the USA to fight the Japanese in World War II. Full of patriotic vim and vigour, his is a rapid education in the ways of war in the Pacific islands, while back home Dottie is finding it difficult to keep a roof over her head until she meets Milton, a newspaper strip artist who’s picked up an assignment to decorate American planes. He’s also been commissioned to produce a patriotic, morale-boosting comic strip to run in army newspapers, and Dottie becomes his inspiration for Poison Ivy, a woman in a slinky black dress who sets about killing Japanese troops with cool-headed sadistic glee.

Yann’s story has some charm, and raises the sympathies for Dottie, but it’s also slim and episodic, never really latching onto a theme before moving on elsewhere, and its only in the final quarter of the book that it really pulls together. The inclusion of the faked newspaper strips is a charming touch, but the real standout element is Berthet’s art. He works in a pleasing European style of cartooning, largely shadow free, but also featuring clever visual references to the period and its comic strips. Joe, for example, often features without pupils to his eyes, recalling Little Orphan Annie. Cartoonist Milton is a nod to Milt Caniff, whose wartime strips were very popular among troops, and isn’t that almost Sgt Bilko in the sample art?

An aspect that’s grown more contentious since publication is the use of racial epithets and caricatures. Many of Yann’s characters are soldiers, using the language of soldiers, and of Americans of the time, who were unconcerned about consideration when referring to Japanese who’d killed many Americans at Pearl Harbor. Perhaps a story could be produced without using terms that today many would consider offensive, but it would lack a sense of reality. Racial caricatures are used in the faked newspaper strips. It doesn’t take extensive research to know this occurred at the time, and as these strips are important to the mood and become important to the plot, should they be airbrushed by political correctness? It’s less of an issue in volumes 2 and 3.

At the end of the day Pin-Up’s entertaining, without ever graduating to compelling, so anyone likely to be offended by racial stereotyping can avoid this without feeling they’re bypassing a genre masterpiece. 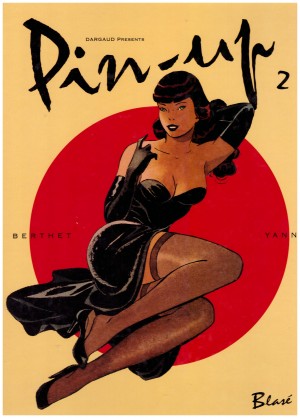 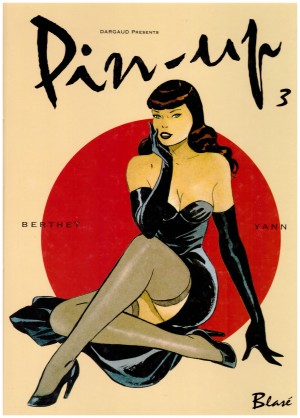