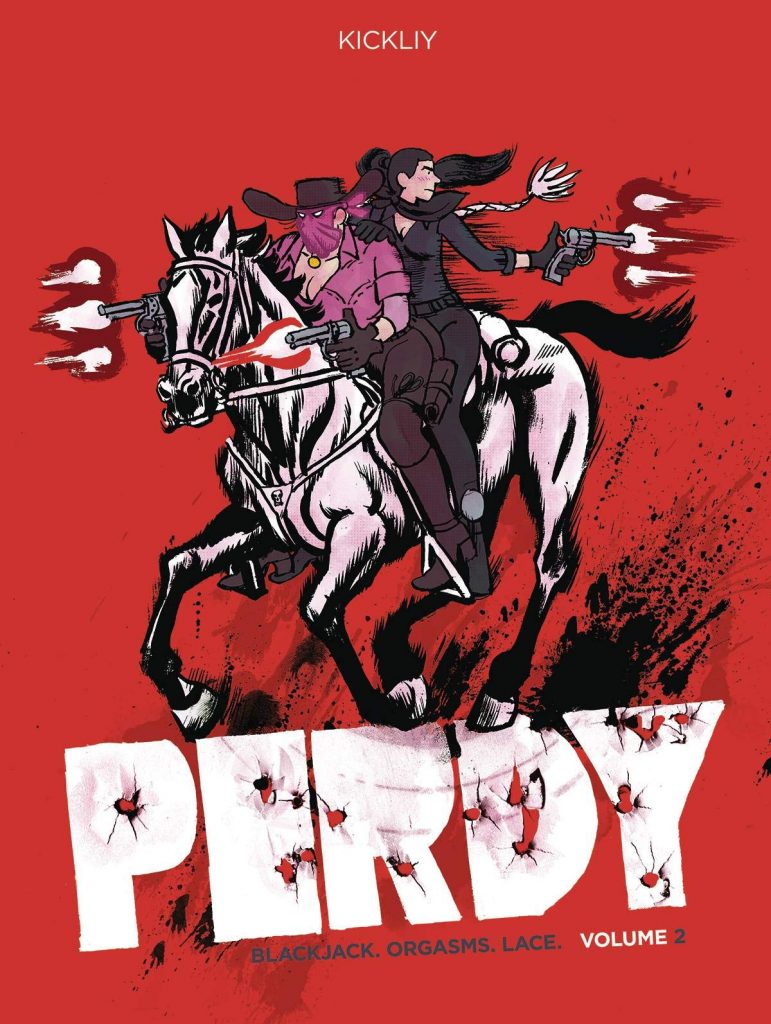 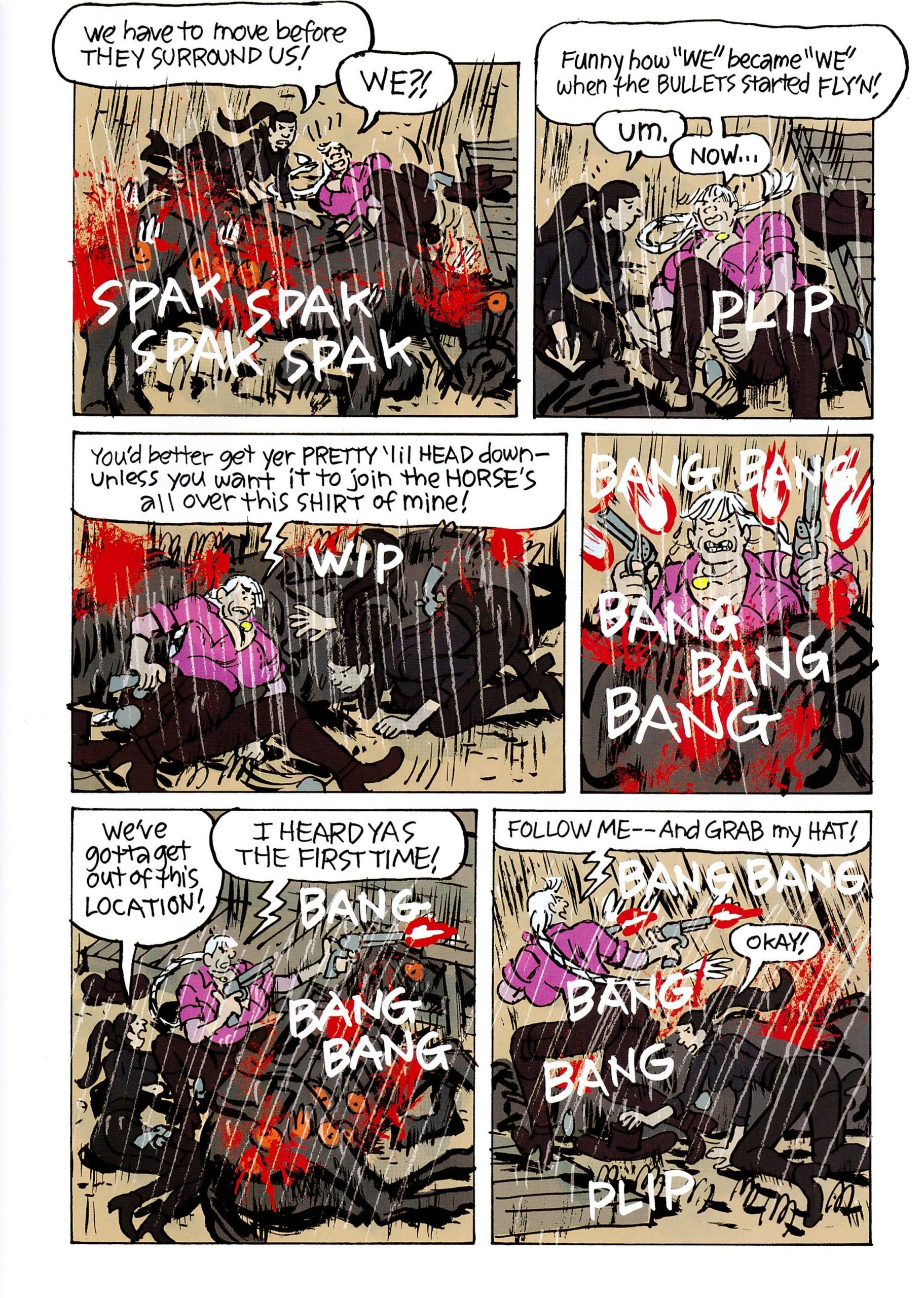 Imagine an equivalent of Deadwood’s Calamity Jane, foul-mouthed, intimidating and prone to violence, but also extremely capable and no-one’s mug. That’s Perdy, who’s arrived in Petitville after a long spell in jail, but she already has a new job in mind that could well land her back there. The only person possibly capable of dealing with her is Rose, her glamorous daughter who runs Petitville’s flower shop, and has no interest in yet another heist. As the cover shows, perhaps she was a little premature in making that decision.

Perdy’s introduction in Flowers. Sex. Robbery. is a riotous Western, European in style via Kickliy’s art and storytelling, yet this is no translation, and Blackjack. Orgasms. Lace. runs through some more of her priorities. Kickliy opens here by presenting Perdy’s past in the form of a dream, but we’re soon back to the mysteries of Petitville, where something nasty is going on. We’re also introduced to a new player, a Mister Short, who lives down to his name, but appears as deadly as Perdy.

Having supplied Perdy as a force of nature, while in one sense this is more of the same, it’s where the terms ‘hell’ and ‘handbasket’ unite. Apart from having her mother turn up, everything’s been sweet for Rose, now unwillingly co-opted into helping her mother, and Perdy knows her planned job won’t go wrong because she’ll only be accompanied by people she can trust.

Another dose of hilarious, frenetic violence is just what the doctor ordered, or would be if anyone could make out his handwriting, and Kickliy supplies it, along with many, many pages of brilliantly expressive cartooning. Another volume is planned, and if there’s a fault with Blackjack. Orgasms. Lace. it’s the beginning being used to set that up with no further reference to character or events. The same applies to the end, but they are more conventionally used to set up a following volume. Anyone who yearns for a riotous comedy Western still providing unpredictable thrills will find it in Perdy.