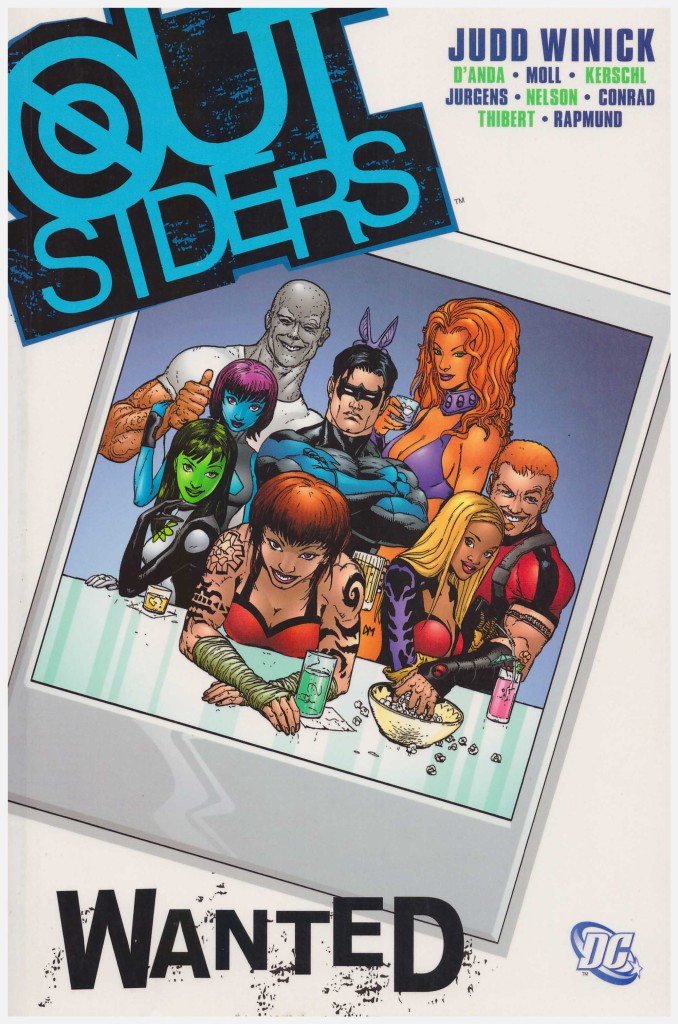 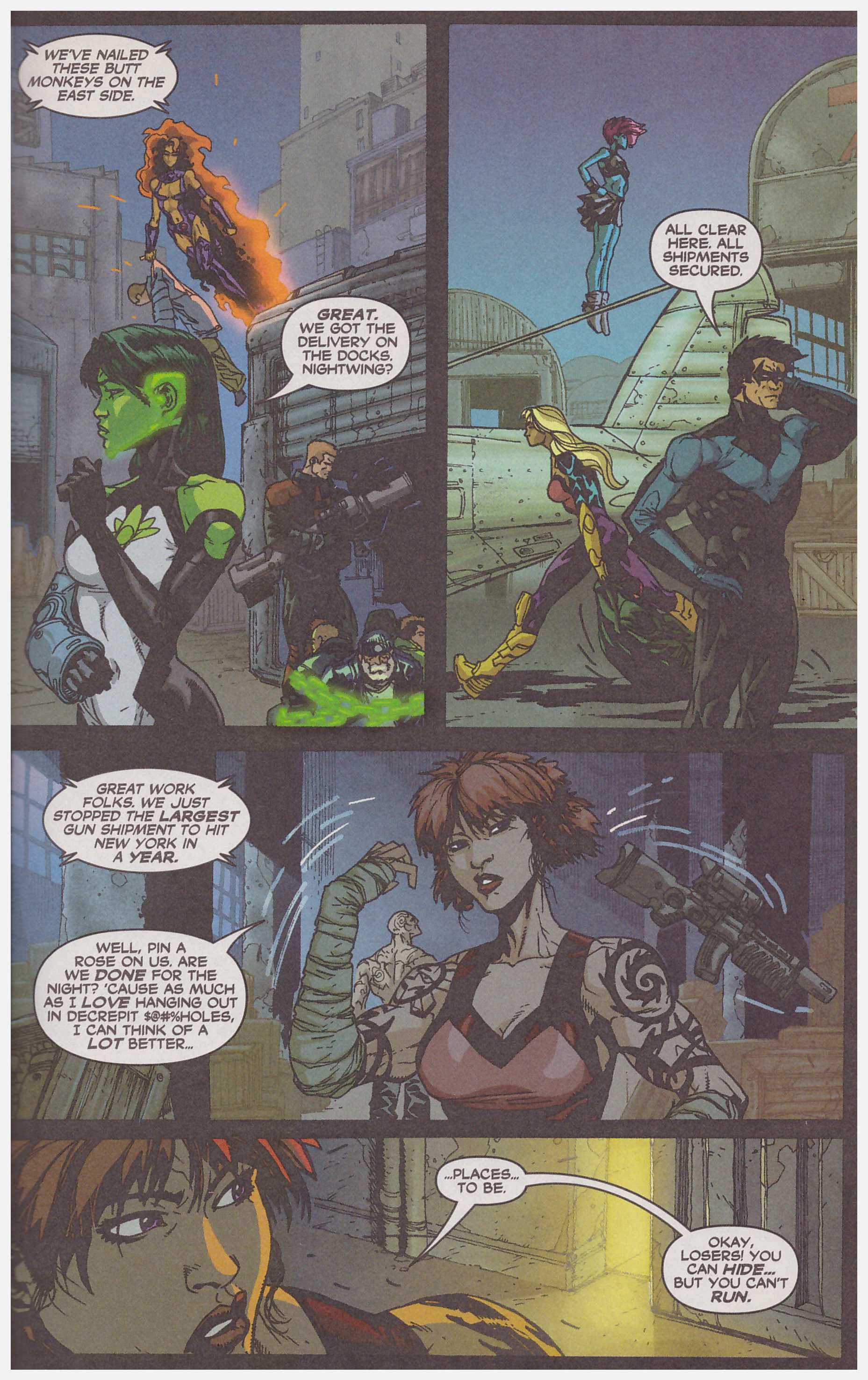 A condition of Nightwing agreeing to lead the Outsiders was their relationship not being the bunch of buddies, almost family, that characterised the Teen Titans when he and Arsenal were members, but having greater distance. It caused problems in Sum of All Evil that come to a head in the opening chapter, and for those who know their DC superheroes the cover alone is indication of change on the way.

Yes, that’s Starfire on the cover. If it didn’t previously seem Judd Winick was on a mission to induct every single half-naked objectified DC superheroine into the team, surely this seals the deal.

The previous two books have been strong on characterisation, but not always operating at their peak when it comes to superhero action, this amid comments about assorted threats being smaller fry. There’s also been a repeated pattern of troublemakers escaping the Outsiders. When it appears another is beyond their reach, and personal as far as Grace in concerned, Winick has a novel solution: hit up America’s Most Wanted for help. Yes, that’s complete with an appearance from host John Walsh. Comics don’t have a great track record for such integration, but this works, with Walsh’s presence not intruding beyond a few picture referenced poses and Winick producing the best story to date in this Outsiders run.

That’s partly down to new artist Carlos D’Anda who adds some much needed grit to depressing circumstances. He’s involved in all the really good material in Wanted, the second best story being a plot Winick has been stringing through both previous volumes. This concerns the organisation that’s been funding the Outsiders and the person seen feeding Arsenal information. The answer’s clever and obvious once Winick points it out. Or is it? He also addresses a couple of convenient narrative points in the previous books, and really cranks up the suspense by the final chapter.

A couple of guest artists appear. Apart from some uncharacteristically slapdash opening pages Dan Jurgens and Karl Kerschl supply their usual solid work, and Shawn Moll’s good at laying out the action, but isn’t quite there when it comes to people standing around, which is a drawback when he’s the illustrator for whole chapter of that.

Wanted keeps the surprises coming and is the first book in the run that’s a keeper rather than one to read and trade for something else. Although the next numbered volume in the series is Crisis Intervention, you’ll probably want to investigate Teen Titans/Outsiders: Insiders beforehand.