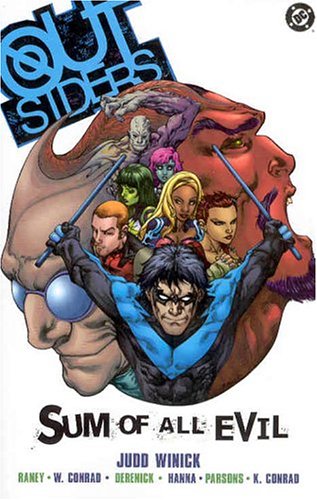 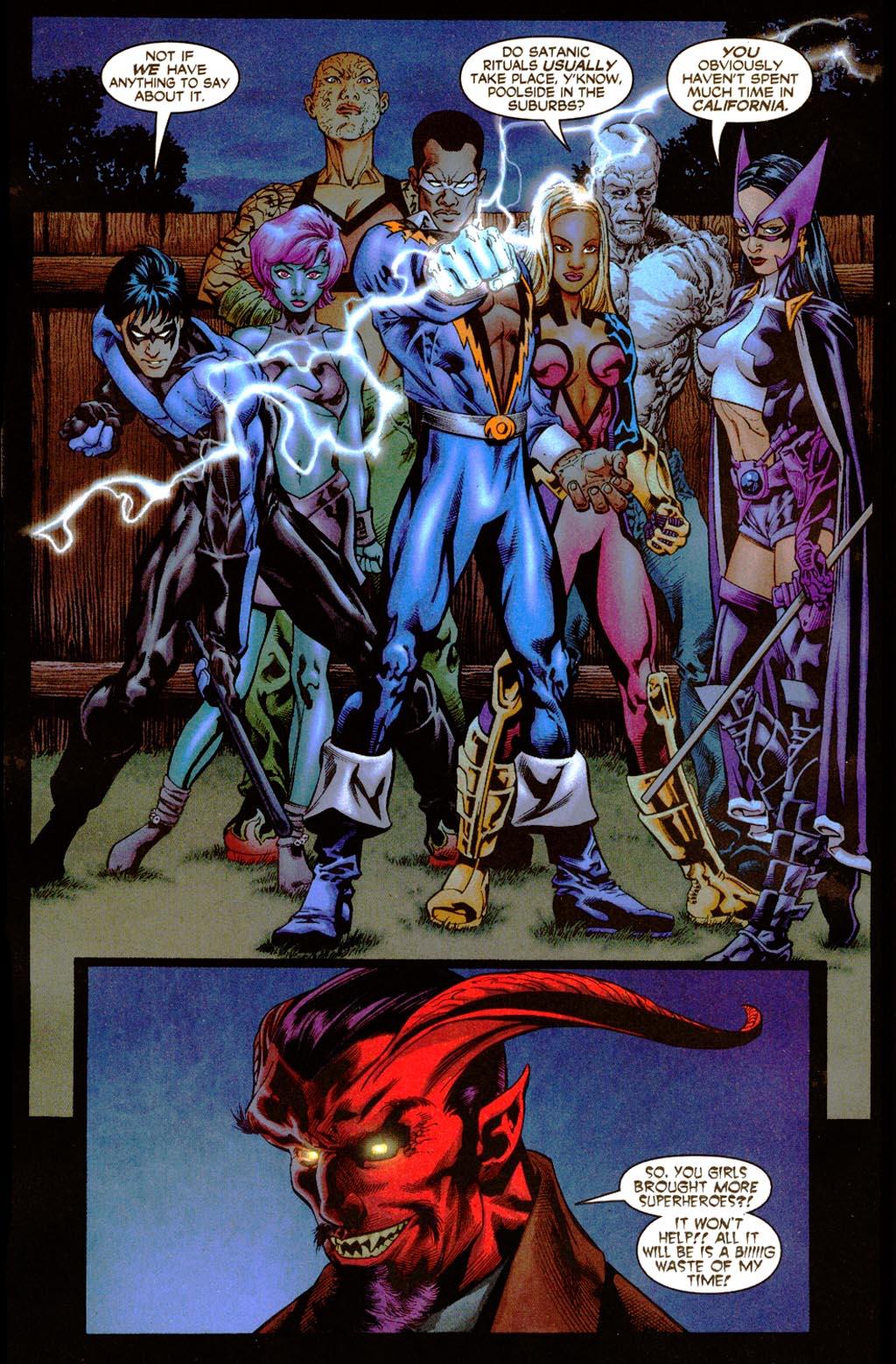 As has been customary when launching super teams for decades, this early 21st century iteration of the Outsiders featured someone old, someone new, and someone borrowed, but upped the ante by also including someone blue. Conveniently identified as Indigo, this is a complex computer intelligence from the future engineered to resemble a human (with blue skin), and the opening chapter looks a little more into her capabilities. It’s subtle when explaining why some matters are beyond her, by extension validating the remainder of the team.

Judd Winick starts the book with an effective trick Marv Wolfman pioneered by providing background and personality captions for the victims in Tomb of Dracula, adds Huntress to the list of bizarrely impractical female costumes, and sets up a viable plot. Russian gangsters are never pleasant at the best of times, so you don’t really want them transforming into a giant Satan avatar complete with magical powers.

As with Looking for Trouble, for the most part Winick handles the character aspects of Outsiders well, the poorer portions generally dealing with sex and having a TV drama smarm. He treats the team somewhat like a sports franchise, accepting that there are always going to be some of them on the disabled list. His captions drag you into the story, but once engrossed the spell dissipates as these are standard superhero comics. One improvement is that the dialogue, witty at times, has been toned down.

Tom Raney, departing regular artist, can lay out an exciting page of superhero action, but has a poor sense of anatomy. It’s far better, though, than that of Tom Derenick or Will Conrad, who stand in. Perhaps knowing its his swansong, Raney pulls out all the stops for the final three-parter ‘Strength in Numbers’, and Winick’s superhero action is also stepped up a notch. He returns some old Teen Titans foes in superior style, and uses them to contrast the way the Outsiders are run, to challenge the reasons he introduced for setting the team up, and it works very well. These issues come to a head in the following Outsiders graphic novel Wanted.