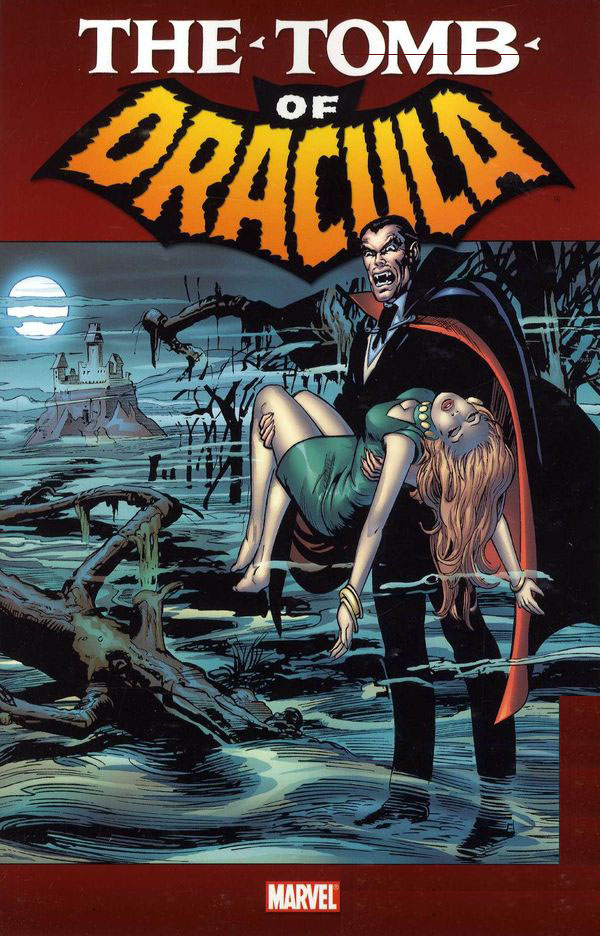 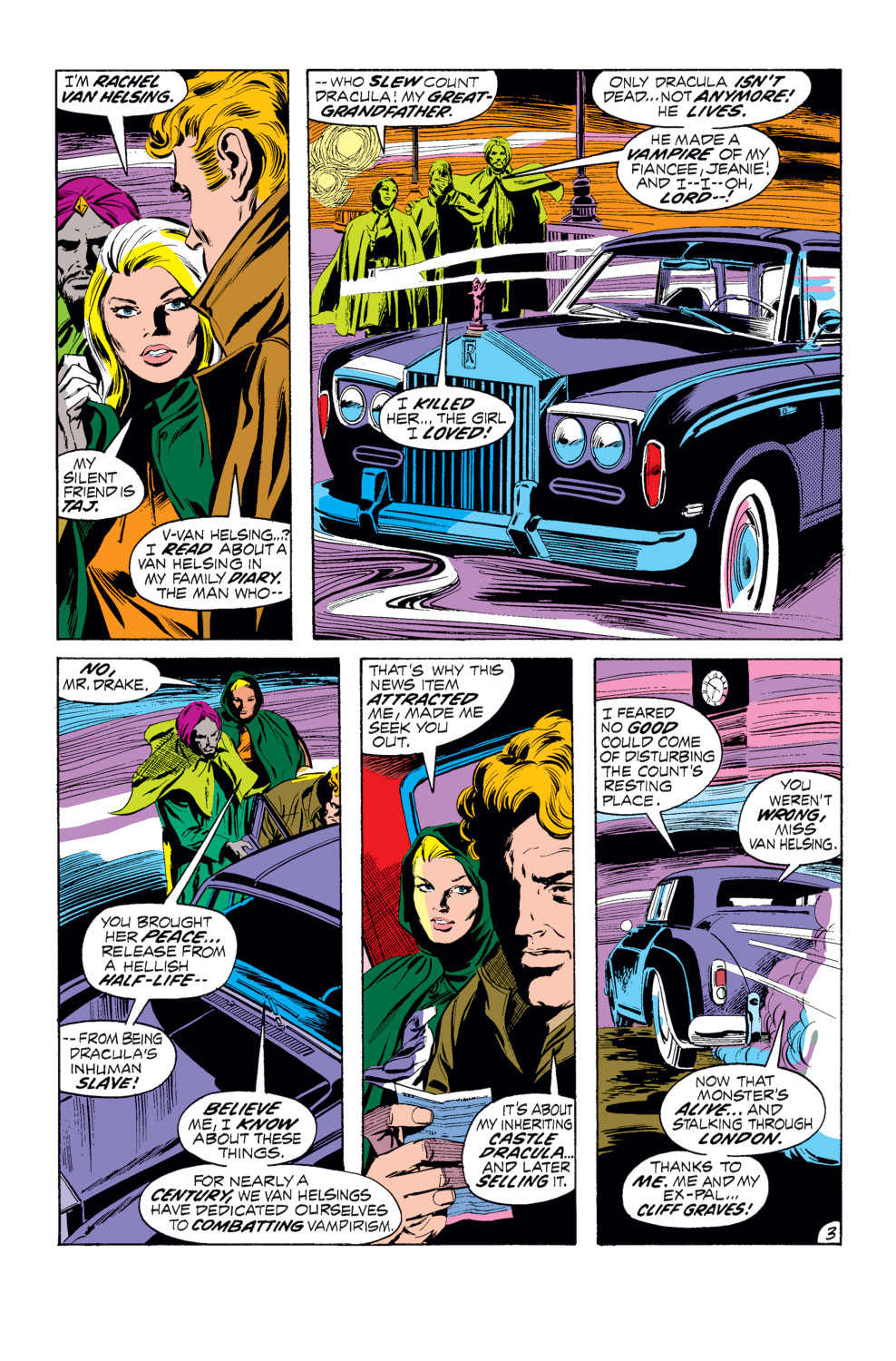 This collects the first dozen issues of Marvel’s Tomb of Dracula, which brought Bram Stoker’s characters and their descendants into the “present day”, (i.e. 1972). These stories are available in colour here and a bulky hardback book, as well as a budget black and white Essential edition.

The opening chapters follow down-on-his-luck American Frank Drake as he travels to the depths of Europe to see a castle he has inherited. It turns out Drake is an anglicisation of Dracula, and his ancestor inevitably returns to life. Frank and his companions chase him to London, at some cost to themselves.

Frank is then joined by Rachel van Helsing, and in subsequent chapters other descendants of characters from the original book, as they clash with Dracula across Europe. The series has several writers, supporting characters and one-off perils until Marv Wolfman arrives halfway through the book. He introduces the wheelchair-bound Quincy Harker, leader of a team of vampire hunters using 20th century (Marvel style) methods. This and following stories explore Dracula’s powers and methods, for example, controlling the weather, “the meaner animals”, and hypnotic power over people, including a group of children he sends to attack Frank and Rachel. We also experience his alliances with humans and other vampires, such as Dr Mortte.

It’s the tenth issue that introduces rival vampire hunter Blade, one of comics’ first African-American heroes, and of course, later a film franchise. He’s initially a throwaway character, and didn’t develop greater prominence until later in the series.

Wolfman was among the best comics writers of the day, but has said he didn’t really hit his stride until issue 12, the last collected here. He keeps a brisk pace though, weaving back-story, characterisation, and teasers for future material seamlessly into the action sequences. The captions and Dracula’s dialogue are appropriately gothic, even purple, but this is contrasted with more the down to earth language of Frank and Blade. These are stories where the characters face real danger and tough decisions.

The main draw of Tomb of Dracula, though, is the artwork. All issues are pencilled by Gene Colan, known for his dynamic movement and bold compositions. He’s a master of setting and atmosphere, combining here mist-shrouded gothic darkness with brilliantly chosen and realised interiors. Colan’s work is best when finished by inker Tom Palmer, whose fluid, painterly brushwork renders Colan better than Colan himself (see issue 1). Their Gothic churches and Victorian mansions (complete with chandeliers, balustrades and cornices) are lovingly rendered. Palmer inked most of the series, but only half the dozen issues collected here. The other stories are finished by a variety of mostly competent inkers, but none have the visual impact of the Palmer material.

Palmer is also responsible for much of the colouring, using a moody sensitive palette that still looks good today. It’s even more impressive given the constraints of the period – cheap printing on newsprint. For this edition the original colouring has been recreated – a sound decision given it was so good in the first place. Ironically though, the better printing and paper makes the primary colours in particular just a bit too saturated. There was greater subtlety to the original comics.

This is well worth having for the Colan/Palmer artwork in colour, and it gradually puts the creative team, characters and story elements in place that would come to fruition in the next volume, and make this title one of the high-water-marks of the 1970s comics.