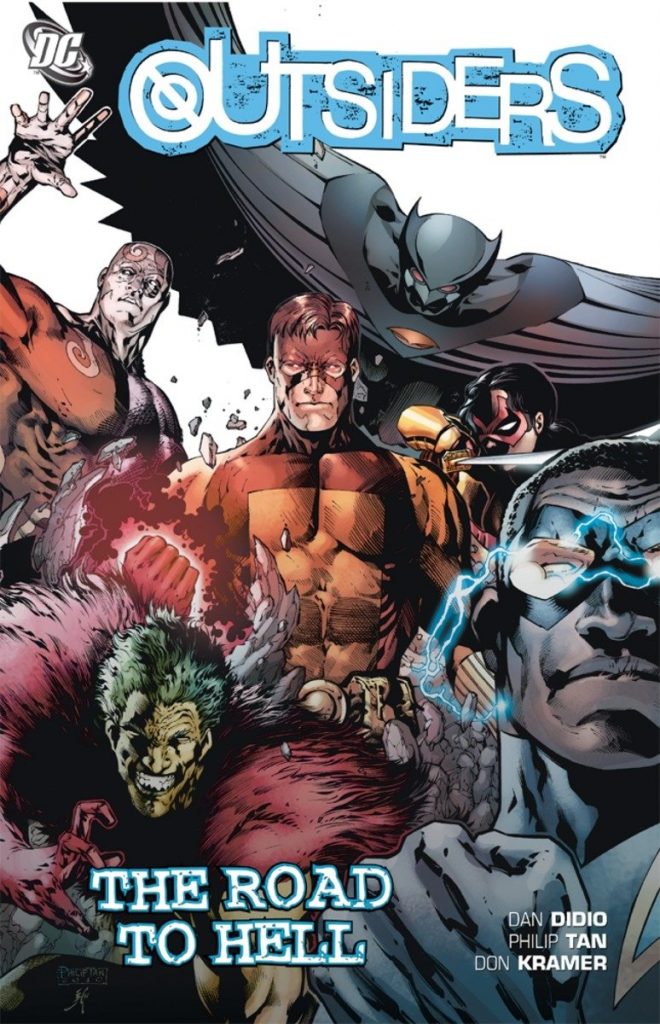 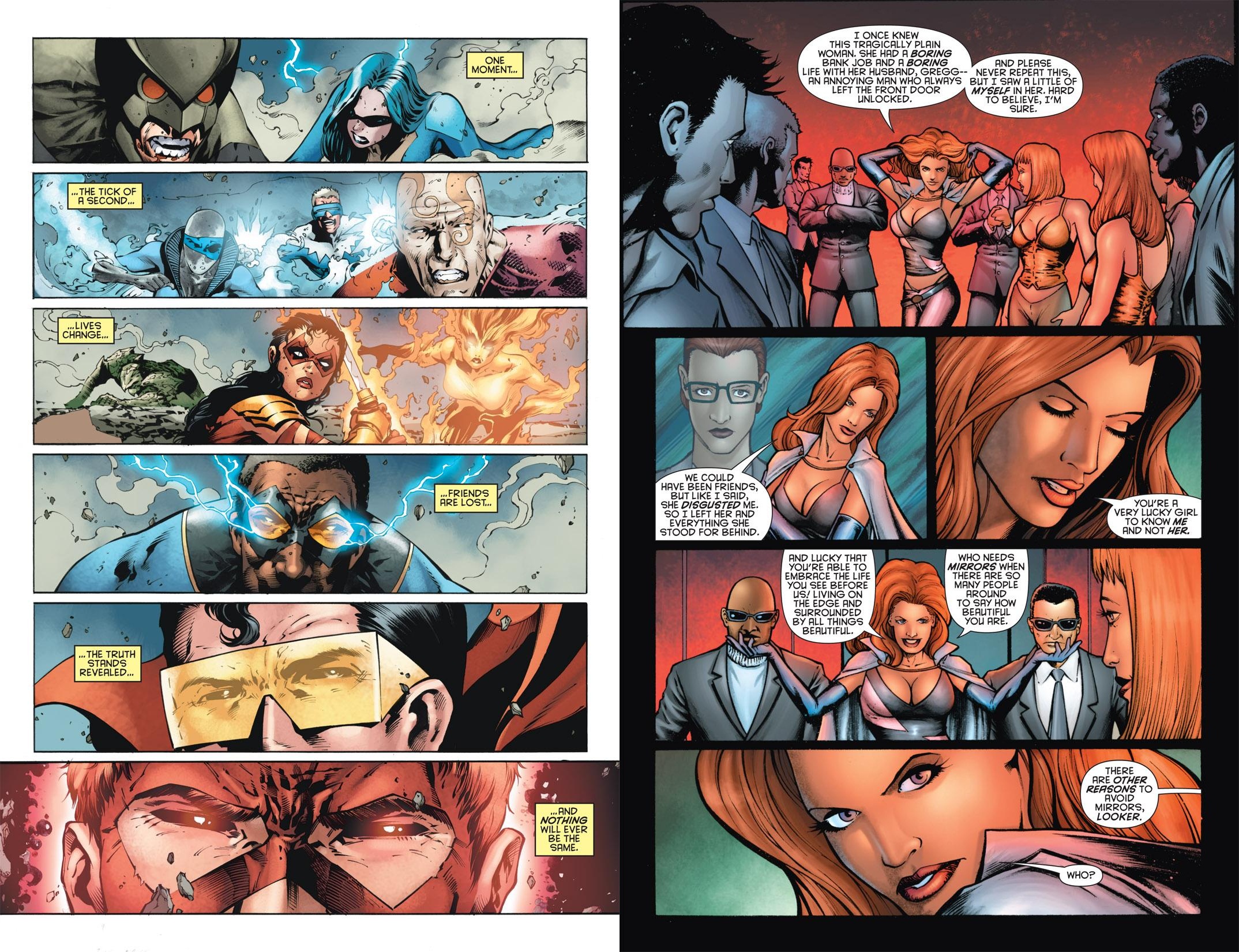 In one of his self-aggrandising editorial DC comics columns Dan Didio once reprinted a rejection letter he’d received in the late 1970s. It thanked him for his submission, adding comments along the lines of his plot being unoriginal and he hadn’t managed to give it any twist to compensate. He’s taken that to heart, and as writer of The Road to Hell no-one can say that he doesn’t throw twists into his stories. However, he has no idea about foreshadowing. They just leap in out of nowhere. Perhaps his post as DC’s President in 2009 meant no-one had the courage to tell him about that, nor that his dialogue is frequently laughable. Seriously, laugh out loud, nurse stitch my sides up again laughable. The Road to Hell is like reading one of the poorer 1970s superhero comics where the characters explain their every move apart from the out of left field things they do to propel the plot. These generate artificial arguments. Mind you, arguments are the default state between the Outsiders, as they no longer seem able to talk with each other without over-dramatising. Slammed doors, punched walls and smashed furnishings ahoy!

The exception to the arguing is Didio’s preposterous attempts to generate romance between the cast. The Hunt wasn’t classic material, but at least what Katana was going through could be understood as soul-shredding, faced with the resurrection of her dead husband and children, but in twisted and evil forms. That would take a lot of getting over, and processing it might explain her uncharacteristic over the top actions in the opening chapter. Didio’s idea of where to take her next is to have her responding favourably to what are high school pick-up lines from Owlman.

Alternating artists Philip Tan and Don Kramer are charged with making some sense of complete nonsense, and to their credit both do their best. Kramer has a solid traditional superhero style, while Tan is influenced by Jae Lee, with a greater delicacy to his figures, and looking good even at this early stage of his career. Anything good about The Road to Hell is down to the artists who raise it to the mediocre star rating earned.

At the midway point of Geo-Force dismantling the team the assumption is that things can’t get worse. Oh yes, they can. If ever there was an out-dated, ridiculous and borderline offensive character best left to their era it was 1980s Outsider Looker. She’s the possessor of all-purpose mental abilities granted by the passing of Halley’s Comet, a fashion designer who once wore one of the most ridiculous costumes ever seen on a superhero, which is really saying something. At least that’s gone, but she’s now a vampire as well, which may not be Didio’s doing. What is, is a new hero called – and imagine a little drumroll here please – Freight Train. No matter how bad you might think he is with that name, he’s worse.

Didio has one final surprise to spring in the last chapter, the astonishment here being that it’s actually a viable premise. He dumps Metamorpho into the giant living chemical cocktail of Chemo. No good comes of it narratively, but that is an interesting idea. By the end of the book the Outsiders as we knew them are scattered in three separate locations, and if you really want more, this incarnation of Outsiders finishes with The Great Divide. 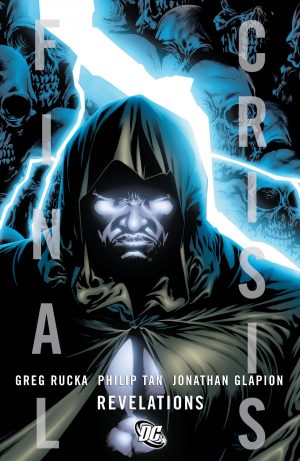