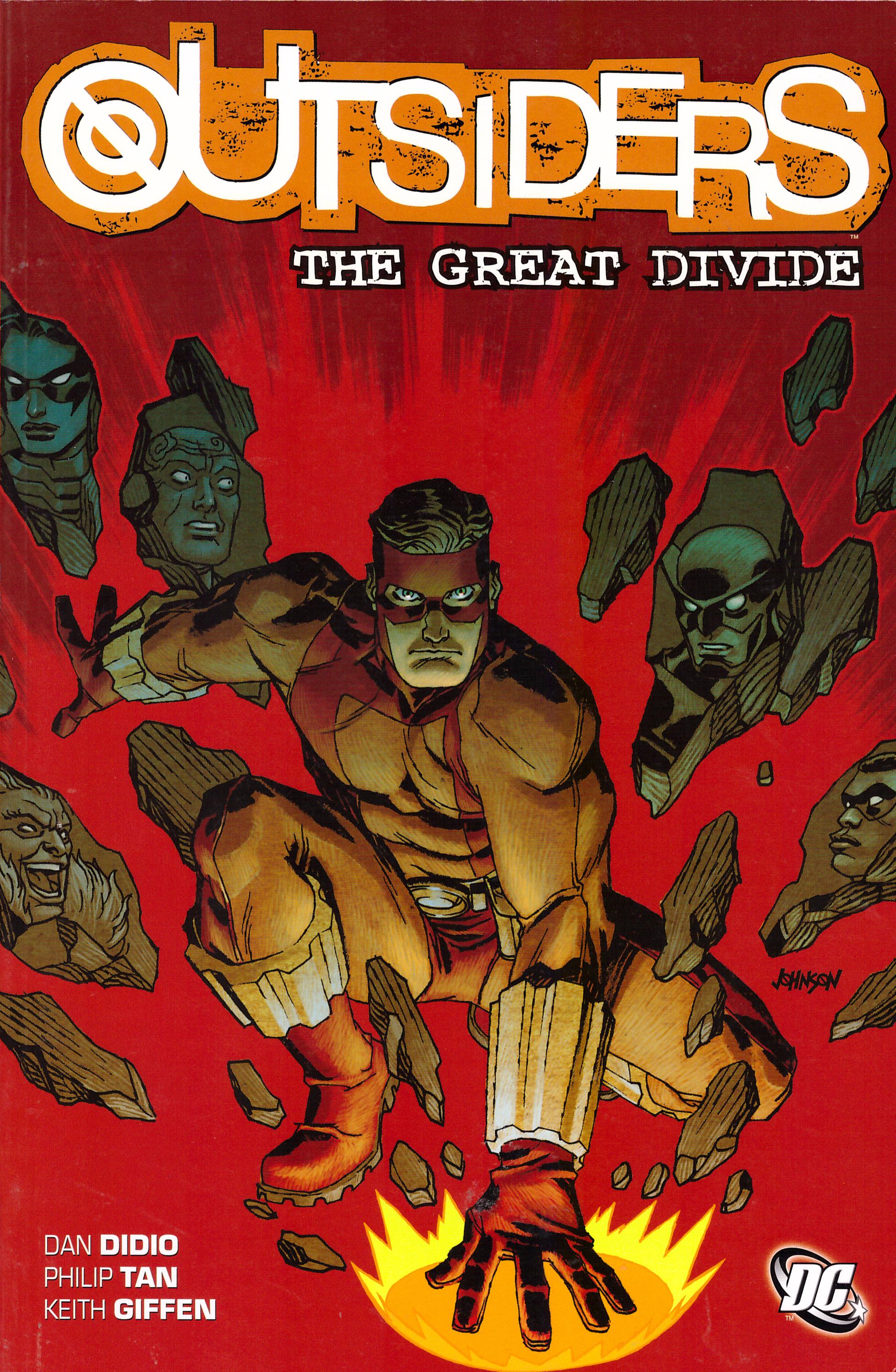 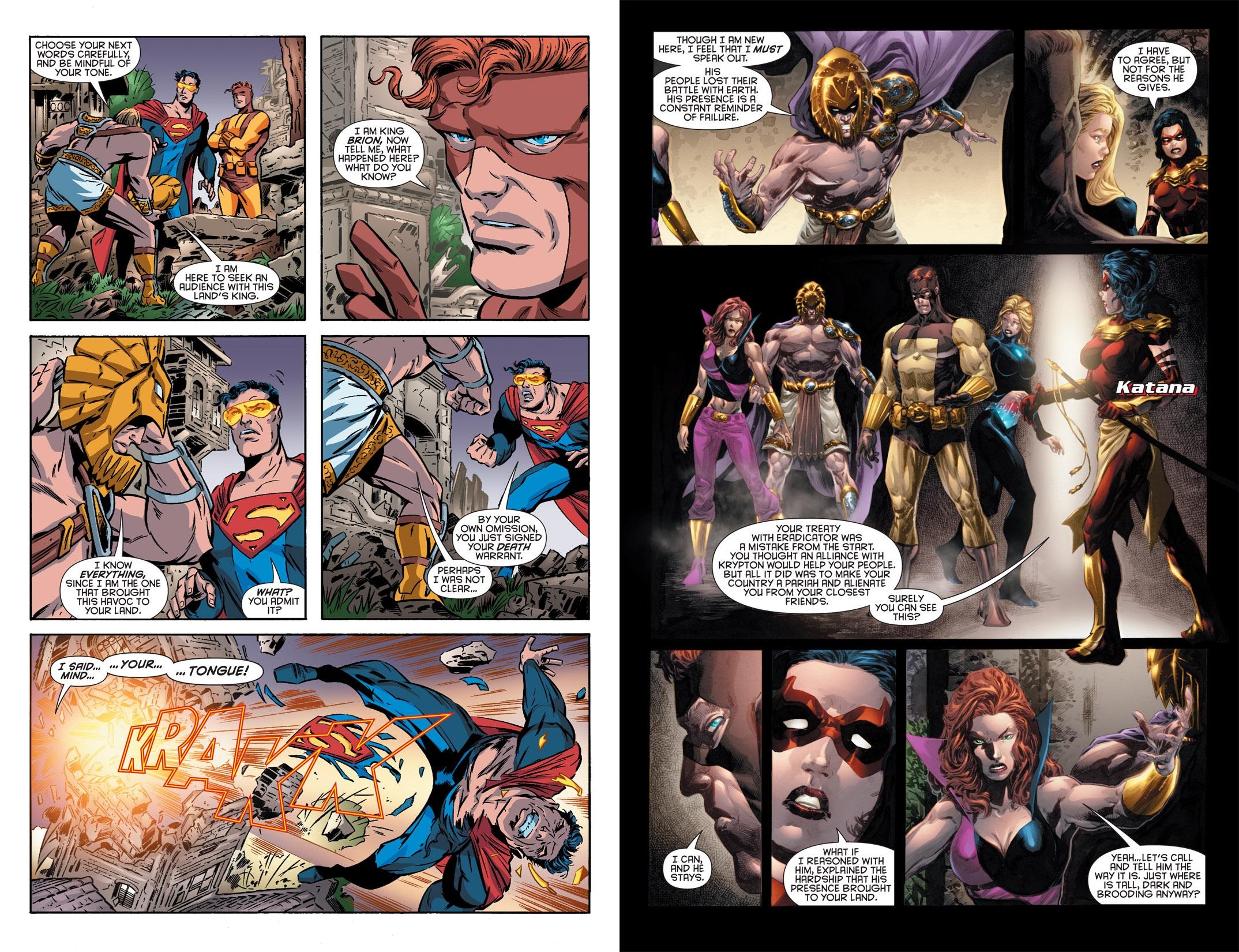 The Road to Hell was one stinker of a graphic novel. It looked nice because it was drawn by Don Kramer and Philip Tan, but Dan Didio’s incoherent plots and lack of understanding when it comes to basic emotions resulted in car crash reading. Perhaps someone at DC finally had the courage to tell the company president that his writing stunk, because with The Great Divide his artists are all credited as co-plotters. Didio may just be playing fast and loose with the credits as there’s only slight evidence of improvement, so maybe he’s just trying to spread the blame. He still handles the dialogue, and that’s still woeful.

When we left them, the Outsiders were in disarray. Geo-Force in his home kingdom of Markovia had alienated most of them. Returning to the USA, Black Lightning, Metamorpho and Owlman were damned by association and left to the manipulative mercies of Metamoprho’s one time employer Simon Stagg, while the Creeper had been taken to Hell. Also introduced were the Eradicator, the Ray, Looker and, God help us, Freight Train. To try and dredge some positives, Didio knows his DC history, and were his writing better there might be some joy in seeing some of the people who appear. He seems determined to include everyone who’s been on any Outsiders team in the past, and that’ll please some people, although few of them serve any great purpose. They’re just seen.

As mentioned, three artists co-plot, with Keith Giffen certainly having pedigree, but while his Kirbyesque art (sample left) is delightful and his spreads ambitious, in terms of the bigger picture his chapters are no better written than the remainder. All too often twenty pages of action is rendered entirely irrelevant. What the Creeper goes through early has no bearing on the rest of the book, and the worst example is Geo-Force just randomly being teleported back to his castle. Philip Tan’s changed his approach and delivers the digital equivalent of full process painted pages (sample right), and they’re nowhere near as good as his linework, featuring distorted figures, others without any weight to them, and his layouts suffer from the approach as well. Joe Bennett appears to have drawn many of his pages in a rush, and there are some sleazy poses for the women in a chapter where the Justice Society appear solely to fill some pages.

When the big reveal comes, it’s in keeping with the remainder of the book in that it doesn’t make a lot of sense, and it’s open to interpretation, before Batman sweeps in to end the whole sorry mess with a few words. The best that can be said about The Great Divide is that it’s slightly better than Didio’s preceding Outsiders collection, but that’s hardly an endorsement. The X-Men-echoing ending leads to a funny next appearance when Grant Morrison shows what he thinks of the team in Batman Incorporated. 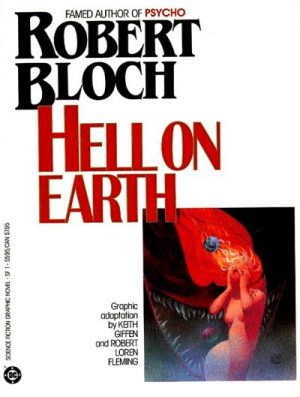 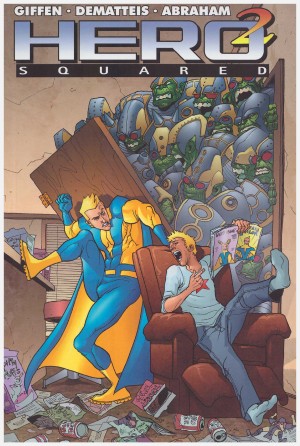 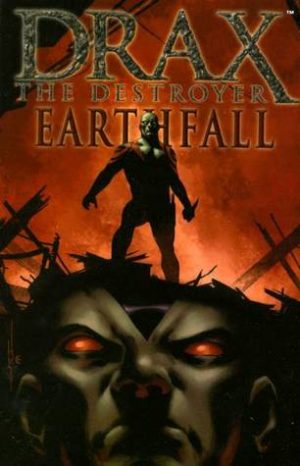