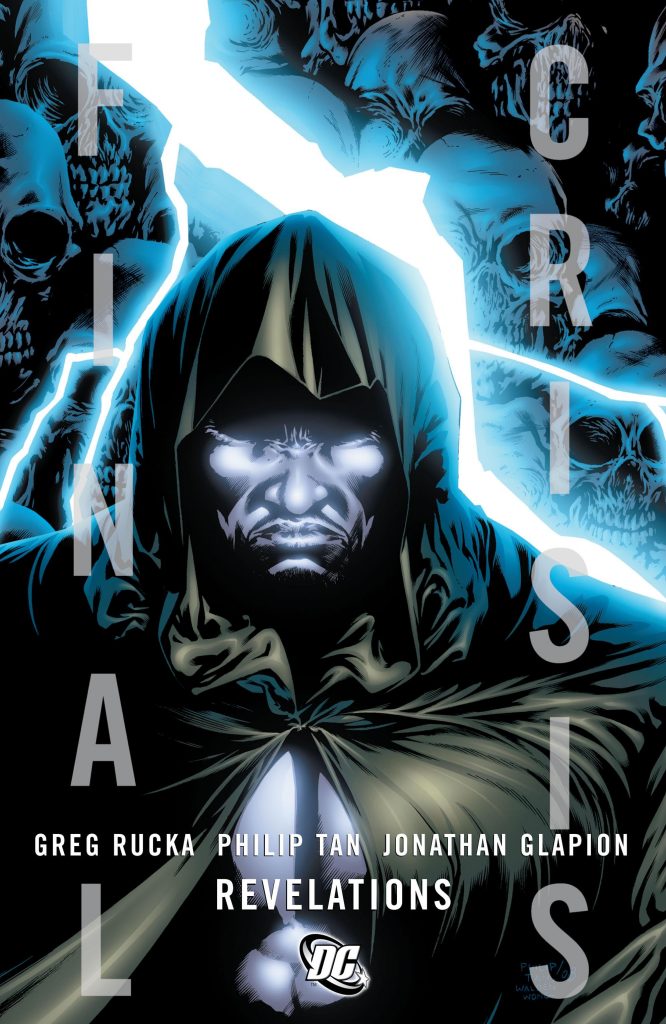 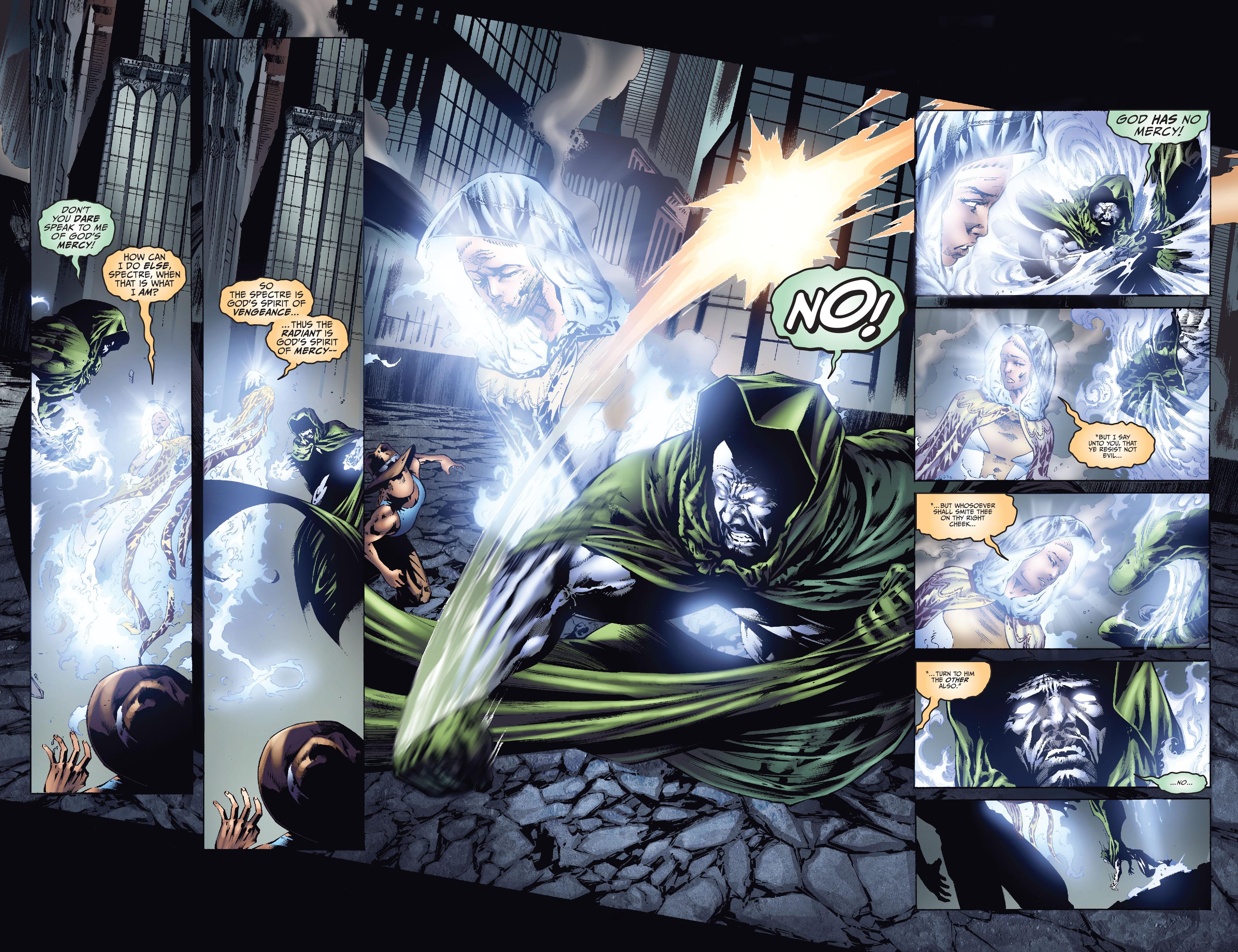 Crispus Allen was introduced by Greg Rucka to add some diversity to Gotham’s police department during Batman’s New Gotham arc. Later a primary character in Gotham Central, also written by Rucka, it was one hell of a shock to see him killed. That was the prelude to a new life as the personification of God’s vengeance, the Spectre, possibly the most powerful being in the DC universe, one to whom the normal laws of science just don’t apply. Life has also changed for his one time GCPD partner Renee Montoya, now a faceless vigilante who’s committed some terrible crimes in attempting to end a dangerous criminal organisation. A third character was previously unknown to either, but in a logical move Rucka reasons that if there’s a personification of God’s vengeance, then surely there’s also a personification of God’s mercy.

Drawn properly, the Spectre is DC’s most viscerally terrifying character, a gift for any imaginative artist, and there are no concerns about Philip Tan on that score. He’s confident enough to use spreads frequently, emphasising the scale of the Spectre as he towers above those about to be judged, and an opening statement of intent is the sort of perverse transformation of an evildoer associated with the character gloriously rendered. Later on, equally effective montages show effects rippling out, but the true success lies in not the spectacular, but humanising the drama, and Tan’s also great at that. Deadlines begin to affect the art by the end, though, with the final chapter becoming looser and less detailed almost by the page.

Because he’s the cover character and features so strongly from the start, it’s tempting to fall into the trap of seeing this as a Spectre story, in which case disappointment is inevitable because his role diminishes chapter by chapter. Consider it instead an ensemble piece concerning the mysteries of faith and its strengthening properties via shared belief. Rucka adopts a very biblical tone, one that ties into the nutty prophecies of the Crime Bible, as introduced in 52. He’s heavy on the psuedo-biblical dialogue in setting up a situation where God seems fallible, and quixotic. Of course, standby reasoning of believers always has it that God works in mysterious ways, and Rucka exploits that to the full, with the old testament stories of God testing faith having a special relevance.

Although tied into the Final Crisis theme of evil triumphant, it’s possible to read Revelations with little knowledge of the parent series, and that it works independently is good. So is the concept of the Spectre being nullified by his own hate and self-doubt and the identity of the biblical Cain. However, for all his familiarity with the cast, in the attempt to address some massive questions, Rucka comes up a little short, backing himself into a corner because there are no answers to questions of faith. He notes in a narrative caption that it’s a matter of pure belief and acceptance, and in a superhero world that’s unsatisfying.