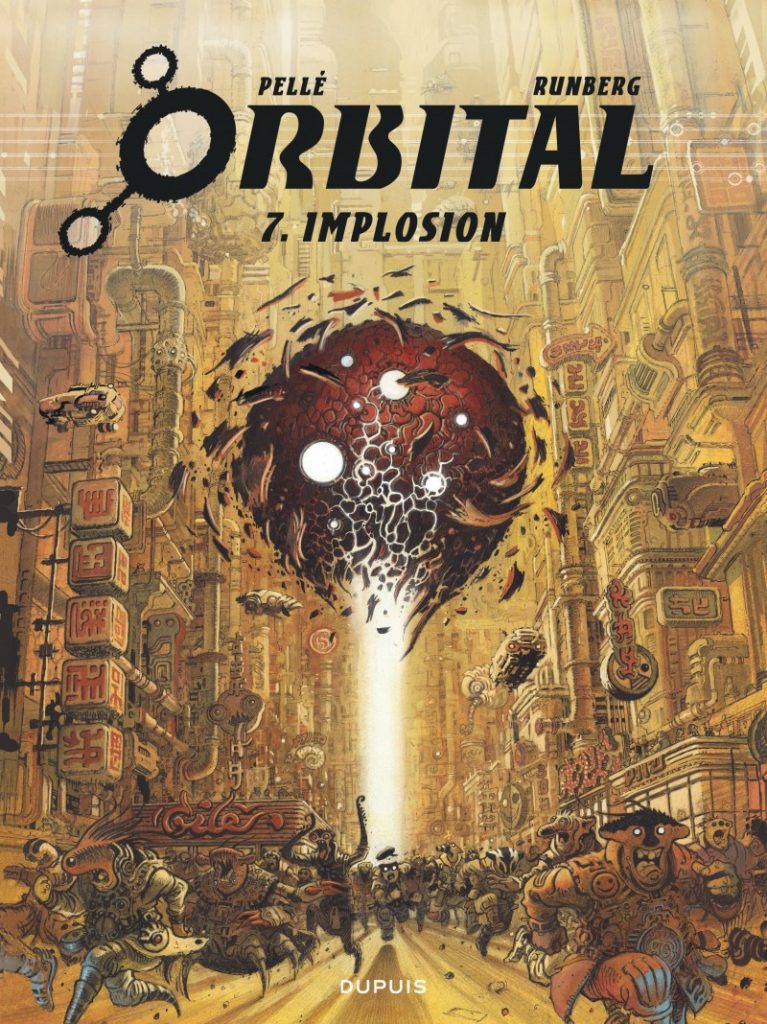 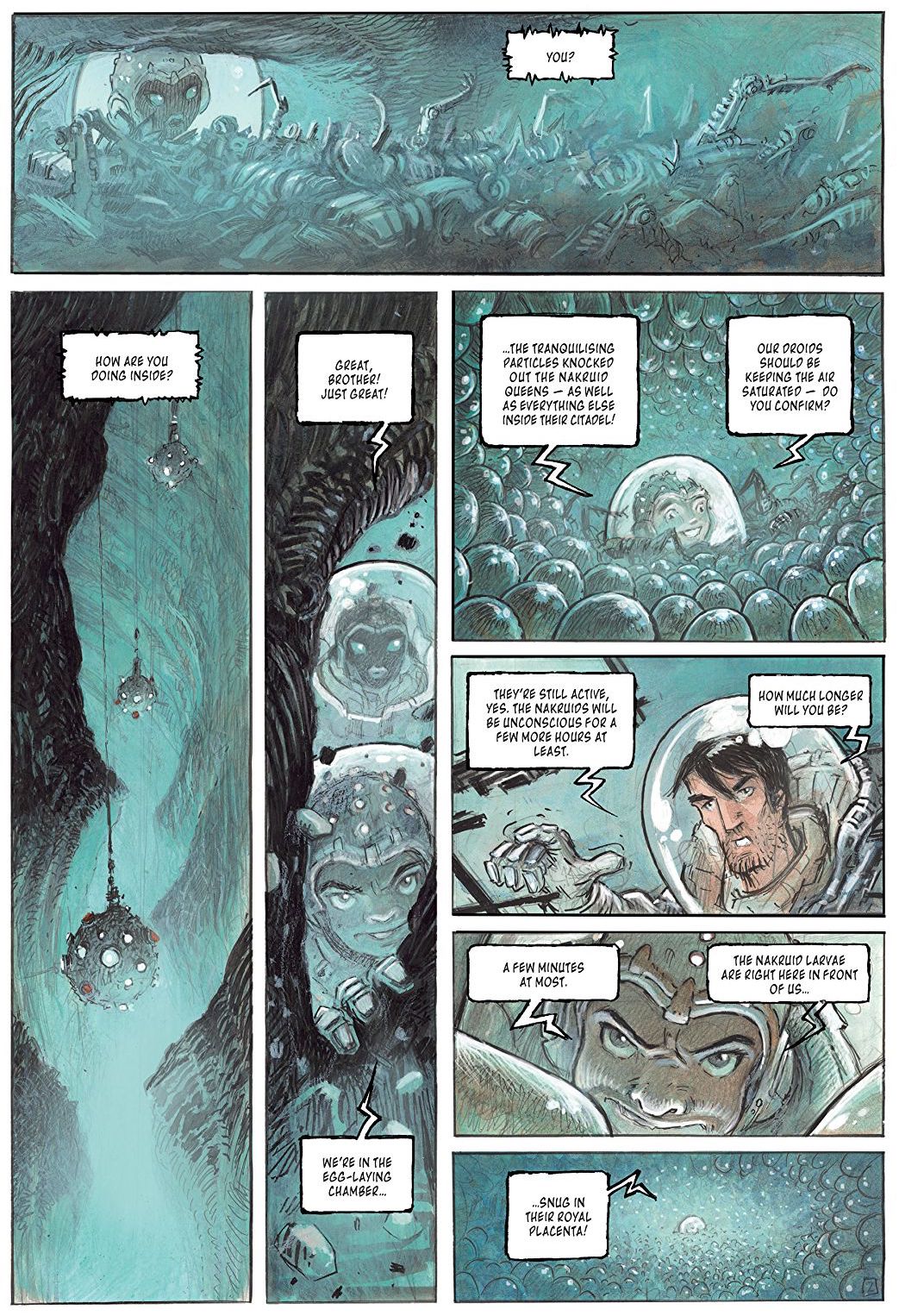 The previous book, Resistance, wrapped up many plot strands introduced in the earliest volumes of Orbital, so Implosion feels like the beginning of a new chapter for our 23rd century diplomat-agents, Caleb Swany and Mezoke Izzua, and their ragtag bunch of allies. Amongst those allies is a bio-ship called Angus, and throughout the series we’ve been led to believe that Angus was the last of his species, a species that is both feared and outlawed throughout the galaxy, mainly because they’re effectively living weapons, massively well armed and extremely dangerous.

The cliffhanger ending Resistance was the terrifying appearance of 300 of these bio-ships, or Neuronomes, spread throughout 250 planets in the system. This understandably makes the natives a little restless, especially when the ships, all situated over large population centres, start exploding.

The other plot strand sees our heroes, including Caleb’s sister, who’s now joined the intrepid group, steal alien larvae to sell to a bunch of gangsters. Almost every stage of their criminal enterprise ends in a fight or flight situation, from thousands of insect-like aliens swarming on them as they steal the larvae, to drugged-up gangsters attacking with all guns blazing as they try to evade pursuit inside a massive brothel. And this is leaving aside the complicated family dynamics and fights about morality.

Caleb and Mezoke have been hiding out for six months, as they’re the most wanted couple in the galaxy, accused of killing a prominent official. However, it’s thought that Caleb may be the only person capable of communicating with the neuronomes because of the psychic link he had with Angus, so the Confederation are keen to enlist his help and attempt to communicate with the living ships before attacking them and starting a war that they may not win.

Serge Pellé’s attractive art would appear to be drawn and painted in the traditional manner – no computer colouring here – which makes it all the more impressive when considering the additional time involved. Writer, Sylvain Runberg, is equally able, and he adroitly balances both plot strands until they seamlessly join together at the end.

Orbital is occasionally marred by too much exposition and a reliance on political chicanery that can appear a little dry. However, on the whole this is a well executed and enjoyable space opera saga, one that matures nicely through successive volumes. These plots are concluded in Contacts.