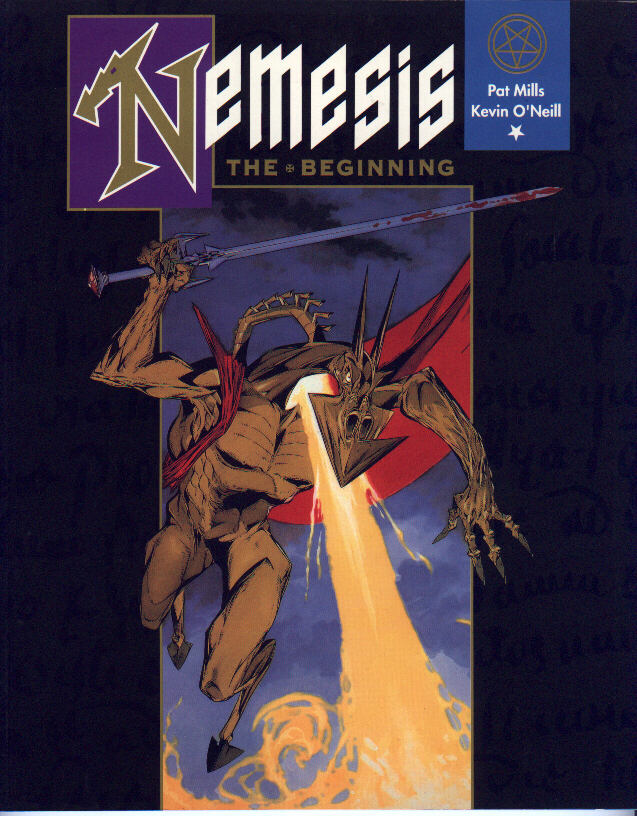 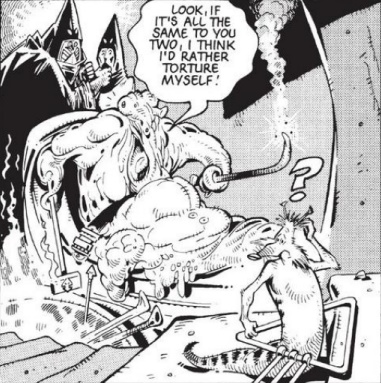 This collection allows the reader to own almost all the parts drawn by Kevin O’Neill of the excellent Nemesis the Warlock strip, which he co-created with Pat Mills, and worked on from 1980 to 1983. It brings together material previously published as Nemesis the Warlock Book One and Book Two. Still missing is the material drawn by Jesus Redondo, which had been originally published in the weekly comic 2000 AD as Book Two; this would have to wait until the Death to All Aliens volume before it was collected, along with Book One.

Nemesis represents one of the highlights of 2000 AD in the early 1980s, and is amongst the best British comics has ever produced. So famous is the villain Torquemada’s chant of “Be Pure! Be Vigilant! Behave!” that Mills was able to use it as the title of his 2017 history of 2000 AD (it also ended up as graffiti on the Berlin Wall).

Mills and O’Neill deliberately introduce a mystique about the alien sorcerer Nemesis, who is barely seen in two imaginative introductory strips in which he outwits pursuers in an extraordinarily designed environment. The volume continues with the early stages of the struggle between the genocidal Termight empire, led by the fanatical Torquemada, and Nemesis, who seeks to defeat humanity and save the aliens Torquemada seeks to exterminate.

This is excellent material. Mills’ scripts are exciting, engaging and funny. O’Neill’s artwork is often deliberately grotesque, but always imaginative, and complements the humour of Mills’ scripting well (see sample image). The background to the far future conflict is well thought-through, and hangs together convincingly.

The early 1980s were a tremendously exciting time for British comics and British comics creators. Whilst much of the attention then and since has focussed on Alan Moore, the world building and themes of bigoted political and religious persecution in Nemesis prove other creators such as Mills deserve as much attention.