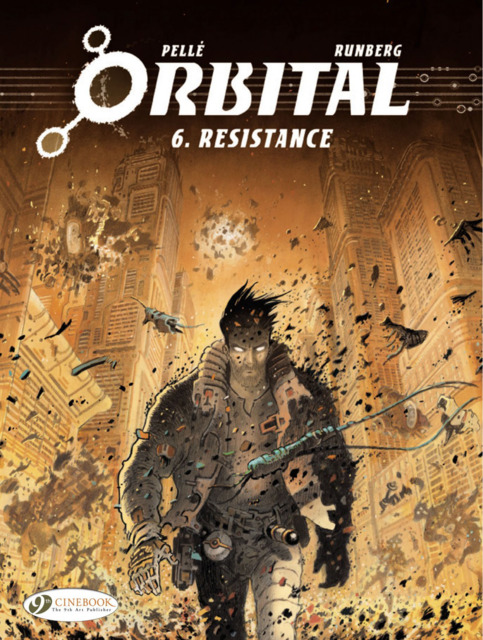 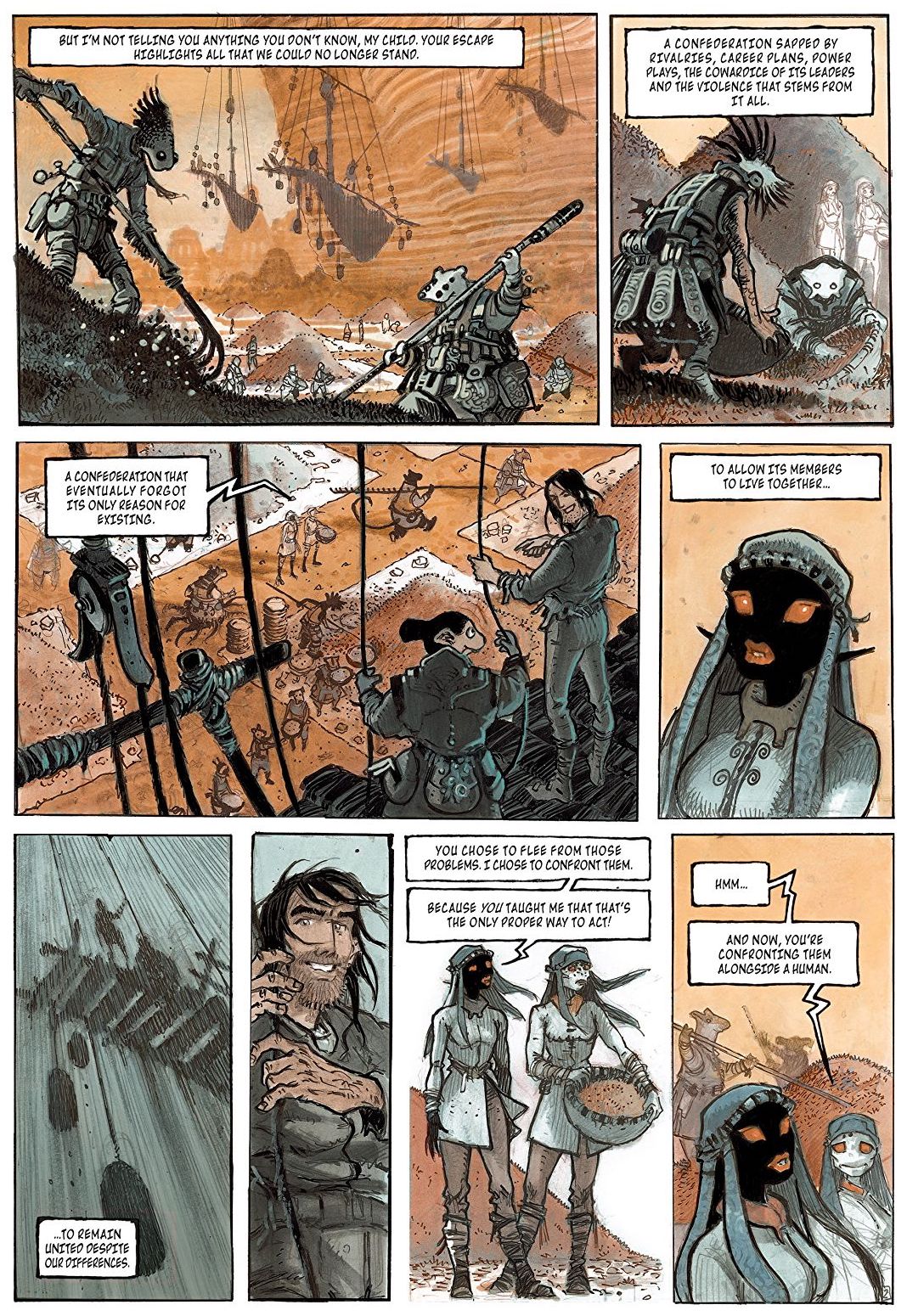 It’s perhaps reading too much topical political commentary into this book, but a great deal of the story seems chillingly timely when one looks at the UK’s tortured attempts to leave the European Union, and there’s little doubt that the current era of populist politicians informs Resistance. Sadly, things like racism and isolationism never seem to go out of style.

As seen in Justice, Councillor Ekkhlid, Orbital’s big bad, has been scheming to be appointed to the top job as the Confederation’s Prime Dignitary, and to have the humans kicked out at the same time. All his political machinations are coming to fruition, with Earth riddled with civil disobedience as prominent isolationists are brutally slain by a bunch of creepy masked assassins. However, the Confederation is also splitting in two, with one side, those led by Ekkhlid, showing all the signs of turning into another evil empire, and the other faction, our relatively benevolent resistance, rallying behind the deposed and disgraced former leader, Evana Toot (whose name unfortunately sounds like it belongs in an issue of Viz.)

As for our two heroes, human Caleb Swany is recovering nicely from being dead, though the alien tech used to heal him does seem to have left him with a few side effects, like occasionally turning into a Dark Phoenix-like rage monster that somehow manages to kill everything and everyone in its vicinity. Oh, and he seems to have some kind of telepathic link with Angus, the bio-ship. Other than that, he’s fine.

The alien Sandjarr, Mezoke Izzua, having sprung Caleb from his prison, has taken him to live and hide out with a bunch of aliens that have gone off-grid, unhappy with how the Confederation has lost sight of its lofty original aims and goals. So, in best Rambo 3 tradition, we’re treated to light-hearted scenes of idyllic bliss, interspersed with events moving our story forward elsewhere. However, all this bucolic malarkey clearly isn’t going to continue for long and they’re soon tracked down, and mayhem ensues. And pretty much continues right up to the end, with characters biting the dust left, right and centre.

Serge Pellé’s artwork is impressive, and he continues to excel at widescreen panoramic shots that put one in mind of a movie. His style – think Frank Quitely as drawn by a manga fan that’s not quite as good as Quitely – also includes an obvious love for the work of that giant of French comic books, Moebius.

Once again, writer Sylvain Runberg isn’t afraid to move the plot forward, and in this instance it circles neatly back to events in the opening pages of Scars, the first book in the series. While this ends on another cliffhanger clearly intended to lure the reader into Implosion, by the end so many characters have been removed or killed, and our protagonists’ main problem resolved to some degree, there would seem to be little doubt this ends of phase one of these characters’ stories. In best Star Wars fashion, it certainly looks as if the first trilogy can be taken as a piece. And a very satisfying piece it is too. 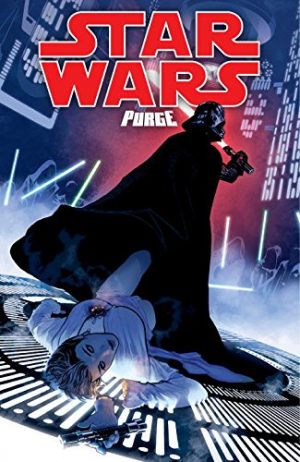