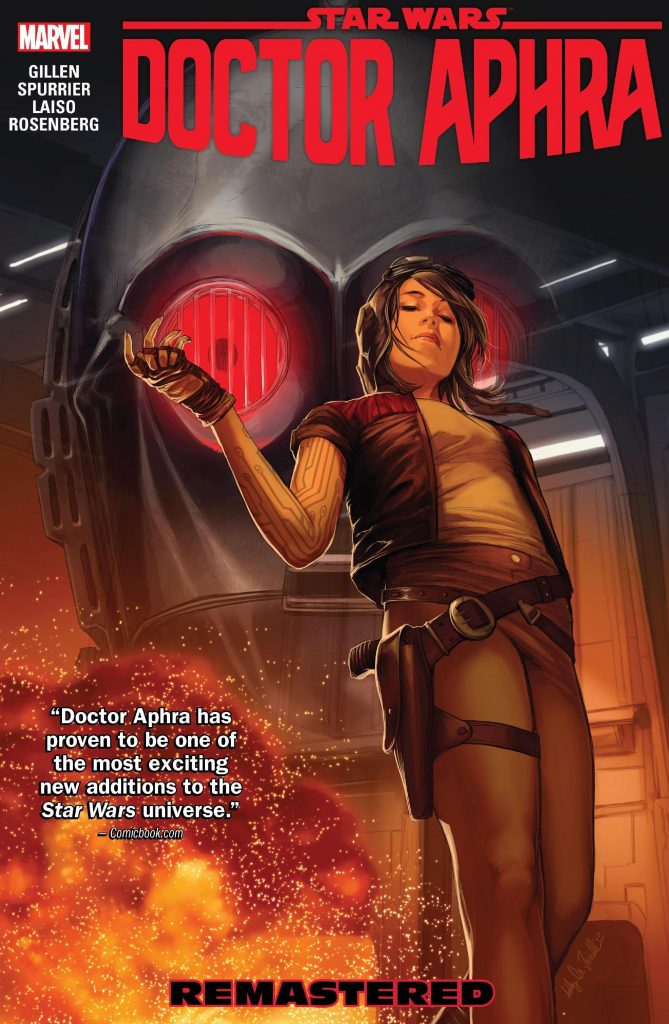 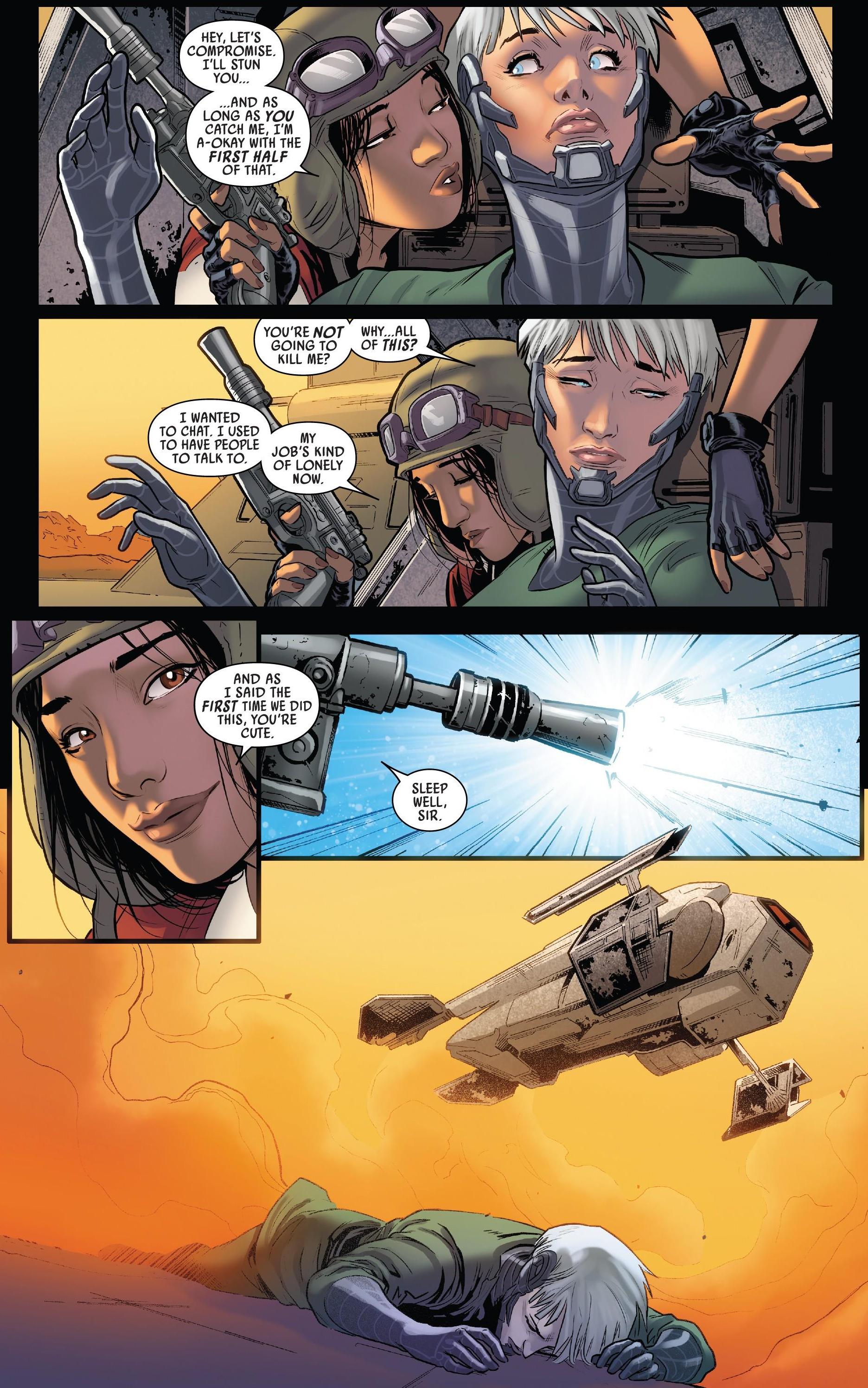 Remastered hails a new start for Doctor Chelli Aphra in more ways than one, with some unpleasant experiences in store for her. After her encounter with Aphra in Volume 1, Imperial Officer Magna Tolvan was demoted from Captain to Lieutenant. Now another run-in leaves her in deep trouble until an unexpected letter changes her fortunes. After parting ways with Black Krrsantan, Triple Zero and BeeTee Aphra is working for someone she really wishes she wasn’t. Forced to retrieve Clone War era data, she’s also looking for a way out and might just have it, though it’s not easy when Tolvan and the notorious Imperial Inspectorate (secret police) are threatening to unearth dangerous secrets. Not that Aphra is complaining much. She loves the thrill and there’s a spark between her and Tolvan, but there are other players in this game with motives they will conceal at all costs. Every step Aphra takes leads to crazier events and possible disaster.

Created by Kieron Gillen and Salvador Larocca for their Darth Vader series, Doctor Aphra quicly began stealing the show. That the fan favourite should get her own title – the first outside of the Star Wars cinematic cast – was a no-brainer. She’s basically Indiana Jones in space. The problem was going to be moving her forward on her own, and to do that Gillen and any writer that followed needed to beef up not only her origins but her future options. Essentially that is what Remastered does, Si Spurrier joining Gillen on scripting duties and Emilio Laiso providing the art.

Laiso’s work is a big improvement in terms of consistency, something the previous Doctor Aphra and the Enormous Profit lacked. His action sequences are fluid, and his cast clear and expressive. He renders a lot of detail throughout but it’s in the expanses and ecosystems of space that he excels. Laiso matches his style according to each scenario. Battles are grimy, the weather and varying climates reflecting Aphra’s and Tolvan’s respective moods, and such little touches make the story so much better.

As far as Gillen and Spurrier’s plot goes there are plenty of twists and surprises, though the cast does keep expanding with characters constantly popping in and out. It becomes a little difficult to stay on top of them all, but that’s classic Star Wars for you. The writers know it too, making fun of it throughout the dialogue. The self-deprecating nature wins the reader over, and there’s plenty of fun wrung out of predictable outcomes.

Sadly Gillen says goodbye to Doctor Aphra as he hands the reigns over to Spurrier. He created Aphra as a supporting member for Darth Vader and ended up with someone readers took into their hearts. It’s a solid end to a solid run but the series is in capable hands. A new era starts for our favourite rogue archaeologist in Doctor Aphra: The Catastrophe Con.