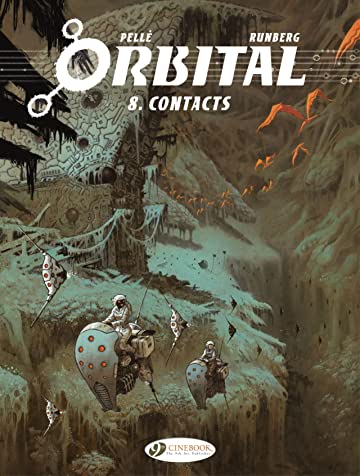 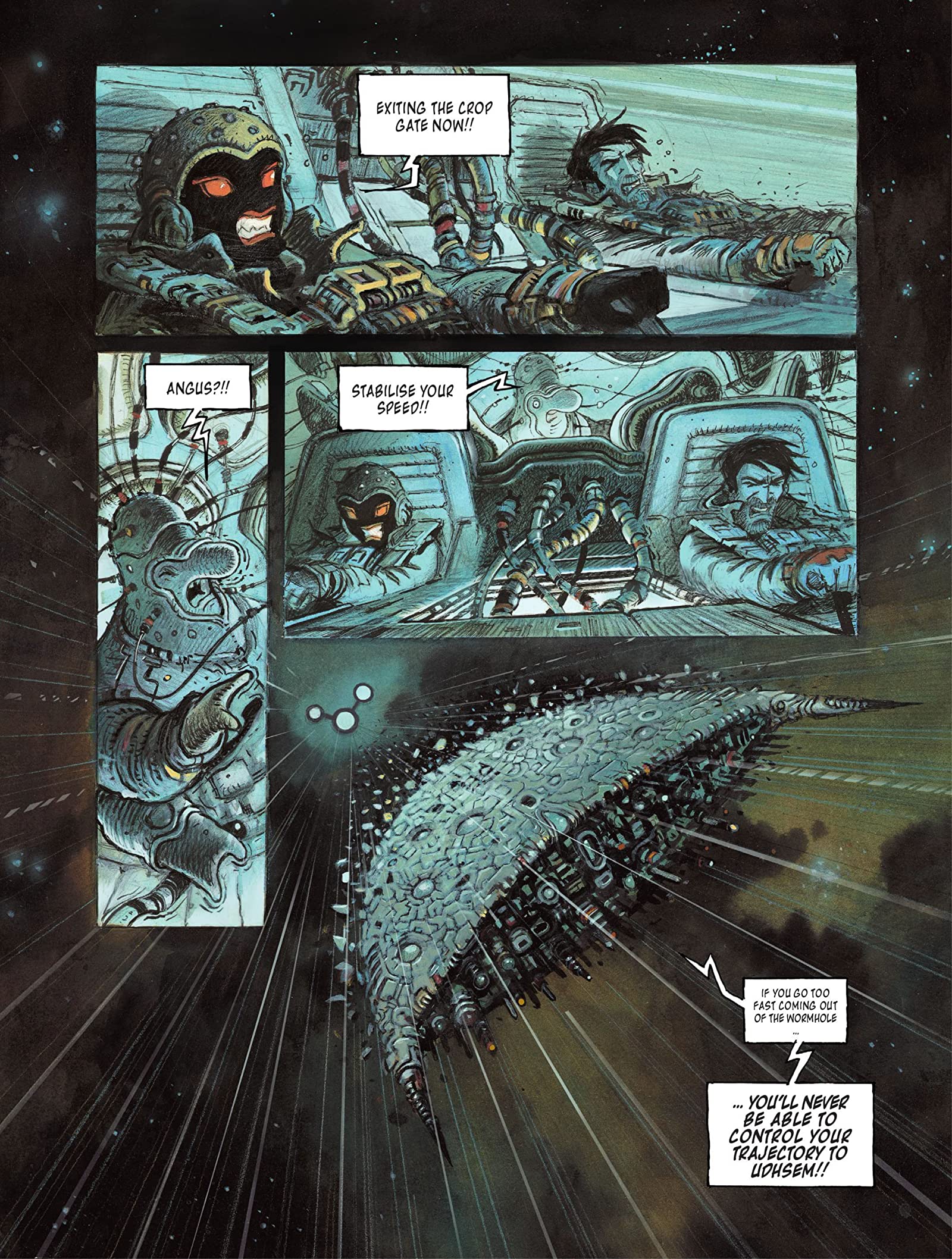 Orbital 8: Contacts concludes the story that begun in the seventh volume, Implosion, and perhaps even the entire series (more on which later).

Caleb Swany (human) and Mezoke Izzua (Sandjarr), along with their new pilot, Dernid, and their sentient ship, Angus, are involved in a race against time to deal with the problem facing many worlds throughout the interplanetary Confederation. Hundreds of neuronomes (sentient ships just like Angus) are parked over assorted Confederation worlds, and a couple of have already exploded, killing thousands in the process.

Again, like the other books in the series, this contains a great deal of politics, a useful way of commenting on situations that we face in the world today. It provides a real rip-roaring read, with the clock ticking all the while and all our protagonists dealing with very difficult situations.

Evana Toot, Prime Dignitary, is dealing with angry Confederation members who want to attack the neuronomes. However, she’s concerned that if they attack the ships they could start a war they can’t be certain of winning, as the ships are massively powerful and dangerous. Caleb’s sister has her own problems trying to escape a pirate planet that the Confederation has finally started to clean up with extreme prejudice (as a way of distracting attention away from the greater threat they face). Dernid, the pilot that’s psychically linked to Angus, the ship has gone to the home world of the neuronomes and provides a great deal of background information on Angus’ species and the threat they now face, which explains the ships’ behaviour.

Caleb and Mezoke are the ones with the toughest task of all, and they face danger in a wide variety of shapes and sizes as they close in on the one thing that may be able to save the neuronomes, and defuse the whole situation that’s placing countless thousands in grave danger.

As always, Serge Pellé’s art is good, with the various alien worlds and species well designed and depicted. Sylvain Runberg holds up his side of the story too, and successfully juggles a number of story strands while constantly ramping up the tension as we hurtle towards our gripping conclusion.

Mezoke is a non-gender specific character (referred to as hir) and black too (by that, we don’t mean BAME, but jet black in colour), so this series is certainly ticking some of the inclusiveness boxes, though they might be having their cake and eating it, as Mezoke is undeniably hot in a curvy female sort of way.

After a great deal of breathless action, Contacts ends with a big question mark hanging over the fate of one of our main characters. This can be interpreted as a bold creative decision, and an interesting way to end the series, or, and just as likely, it could be leaving things open for further stories. Remember that Caleb has already died and been resurrected thanks to alien tech, so anything can happen in stories of this nature. Either way, Cinebook’s English translations have now caught up with the French editions of this well-crafted and exciting series. It’s certainly one to try if you’re a fan of space opera with more than a whiff of Star Wars. 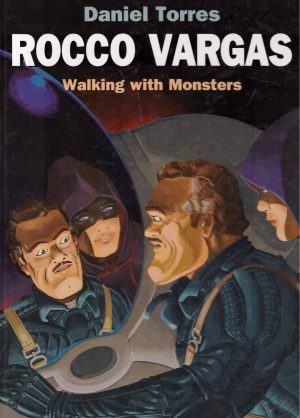