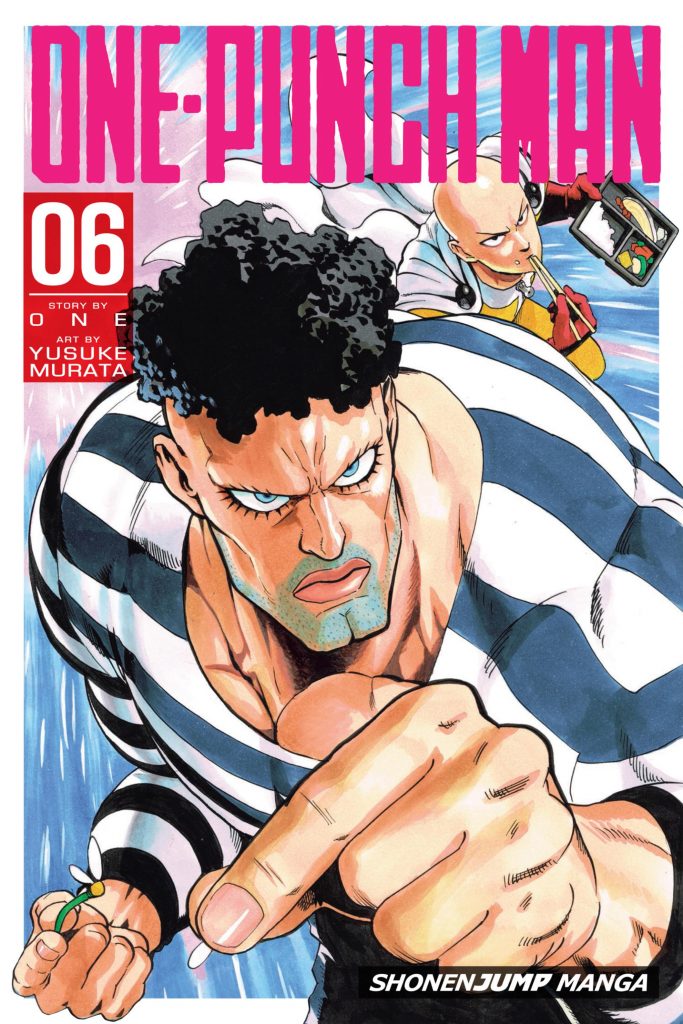 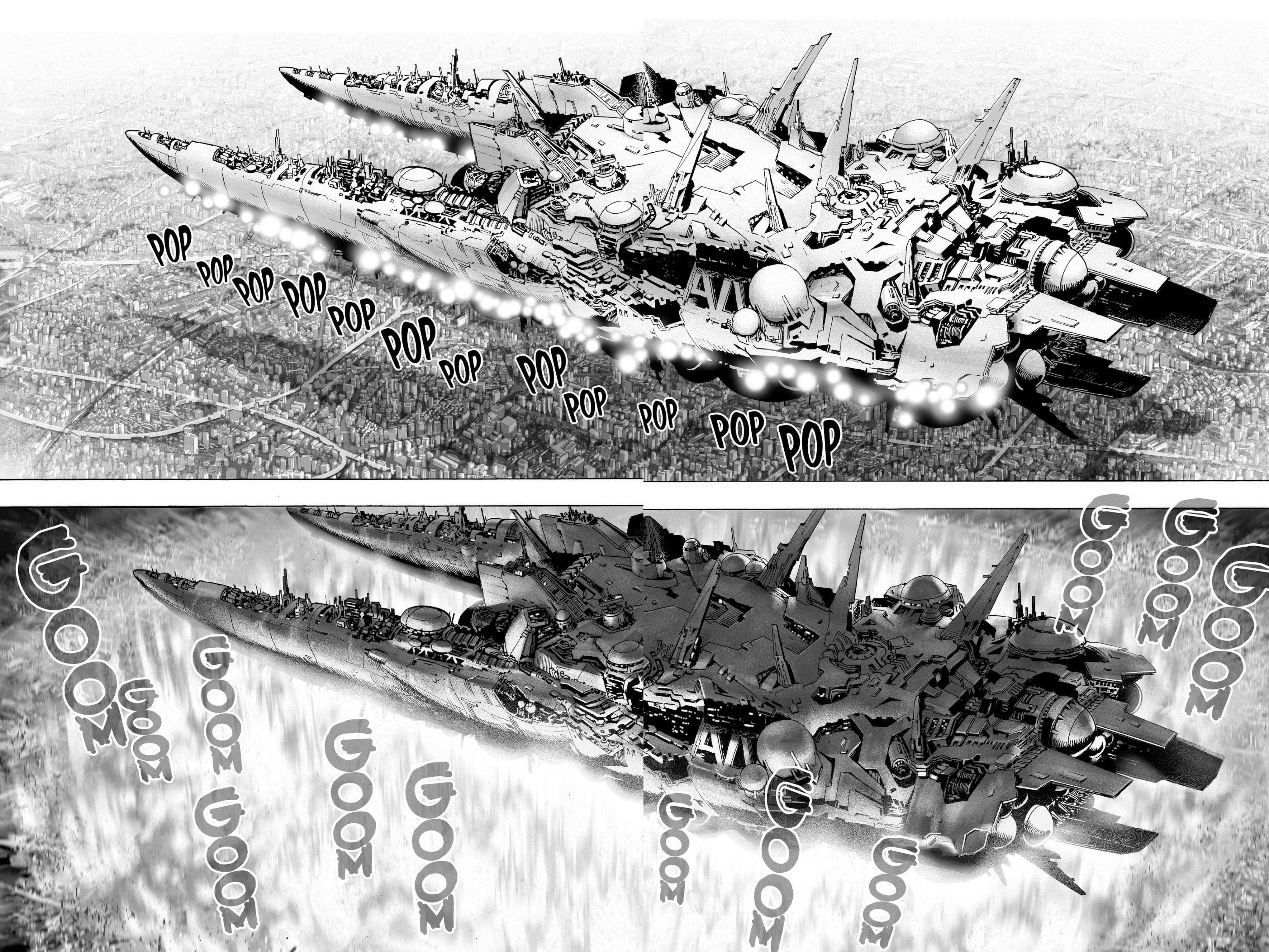 One–Punch Man 06 is troublesome even before the story begins. 04 introduced Puri Puri Prisoner, seen on the cover. He’s a top ranked hero who lives in a prison, from where he breaks out to collar criminals that take his fancy, creating his own harem within the prison. Each volume opens with a statement that all events are fictional, funny because they couldn’t be anything but. However, to have gay character Puri Puri Prisoner holding a board with that statement to open 06 adds fuel to the fire of his already offensive character. In effect it’s saying that depicting a gay character as a rapist with no positive gay representations to be found is okay because all events are fiction. It isn’t, and the character tarnishes what’s otherwise a generally funny and engaging series.

Since introducing the Hero Association, writer One has gradually revealed more and more of their members, but the floodgates open here. Without a checklist it’s difficult to keep up. What is apparent is that nearly all the more powerful S class heroes are arrogant and look down on anyone ranked below them. They’re all gathered in order to hear of a threat to the planet.

To this point artist Yusuke Murata has taken the impossibility of One–Punch Man and delivered the exploits in a fantastically exaggerated style, while displaying a great talent for design. He tops the previous work with what’s supplied for this book. There has been detail before, particularly on some villains, but nothing to the extent of the phenomenal spacecraft seen on the sample art. It’s not the only spread with similar power and presence, and these are indicative of the threat faced. Also featured are a couple of pages not drawn by Murata. These feature Kazuo Namura’s astonishingly intricate maze. Read about it here.

Until now One has maintained tension in One–Punch Man by having other heroes deal with threats while Saitama is kept out of the way, eventually solving the problem with a punch when all other options have failed. This time Saitama is thrown into the middle of the action. An alien invasion consisting of multiple linked threats means multiple punches are necessary for once, yet such is One’s imagination (and Murata’s depictions), that it seems some foes just can’t be defeated. One of them might be Boros, and although there’s the usual bonus story, this volume ends on a cliffhanger with Saitama about to confront Boros.

The bonus story is also nice, completely removed in tone from the main event, with Saitama meeting someone determined to commit suicide from the rooftop on which he’s having lunch. It might not sound it, but the tone contrasts the main story nicely. That continues in 07.