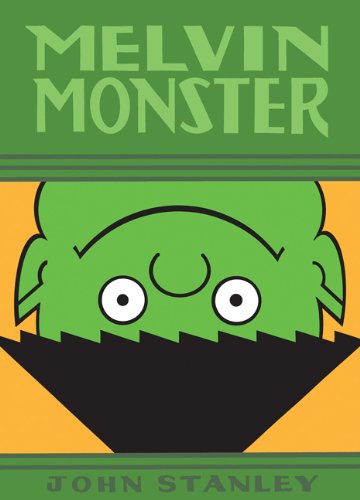 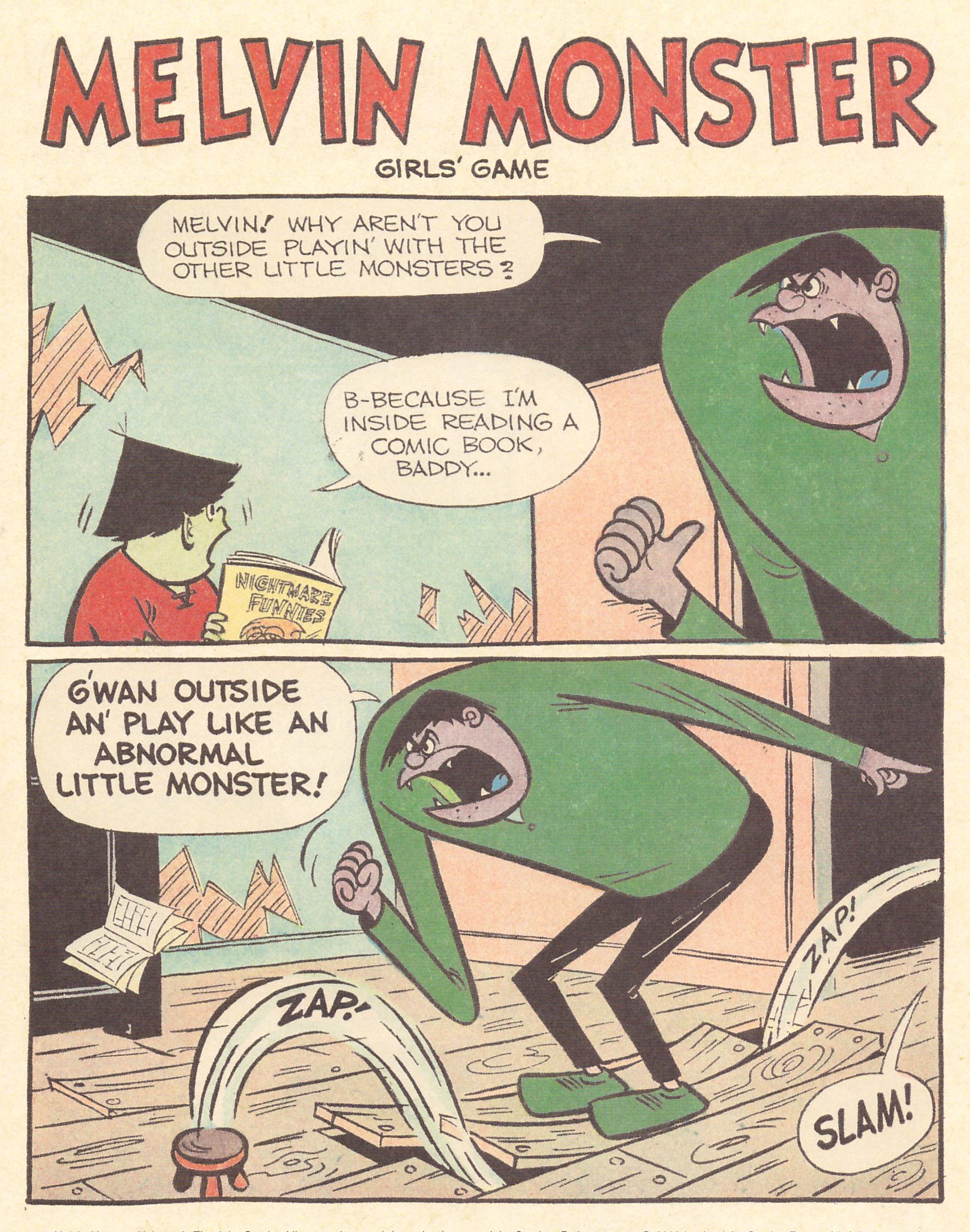 The opening page of this collection features a tremendous visual gag (see sample art). It’s typical of the oddball thinking John Stanley brought to Melvin Monster, where little is as it seems. Having introduced the basic set-up of a considerate and well-mannered monster child in the mid-1960s comics reprinted in the opening volume, Stanley refined the themes, structuring repeated short stories around those already introduced topics. They’re unified by the common idea of monsters rejecting the polite behaviour and conformity of humans, and so thrilling every rebellious child into believing they’re reading subversive material. It’s never explained why there is a school at all, but in Melvin’s world no self-respecting monster child would want to attend, and the witch in charge has successfully repelled the few exceptions for over six hundred years, yet Melvin is determined to learn. His mother encourages him to keep his room messy, and he has a guardian demon constantly exhorting him to get up to no good. Stanley even imports an old Little Lulu standby as Melvin attempts to play the violin, but is no more tuneful than Tubby.

That the world has dangers is also highlighted. Melvin’s father is a domineering bully, yet cowardly at heart, and Cleopatra, the family’s pet crocodile, continually identifies Melvin as her next meal. He’s set upon by family, friends and strangers, yet maintains a resolutely cheerful nature in the face of insults and adversity.

While there are loveable aspects about the feature, produced near the end of his comics career, Melvin Monster only has flashes of the originality Stanley displayed on other strips. On a couple of occasions he resorts to the animation standby of Melvin not falling from the sky/ceiling until he realises his support is no longer there, and the slapstick humour, although well choreographed, can be predictable. One strip even ends with a mother in law joke, although it’s time that’s rendered it unacceptable. Stanley’s art has an elegant simplicity, but shot through with eccentricities. Almost all characters other than Melvin have relatively normal feet, yet Melvin himself has bizarre legs and feet resembling nothing so much as musical notes escaped from a score. They’re flat, and deliberately two-dimensional, and once studied, they occupy the mind far more than they should.

It’s again worth highlighting Seth’s wonderful design, producing a book that’s a tactile experience as well as a fun read. A wonderfully distinctive cover is complemented by some great endpapers and introductory illustrations enlarging Stanley’s work, all very effective. 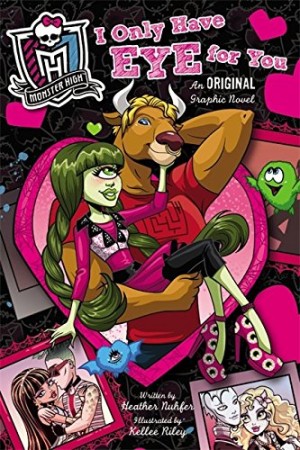