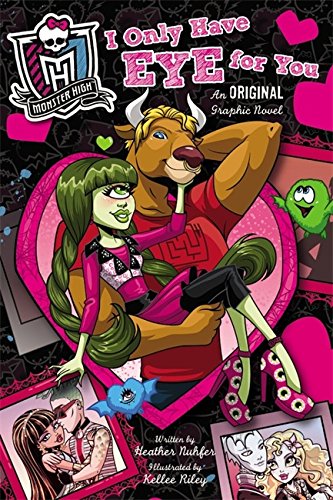 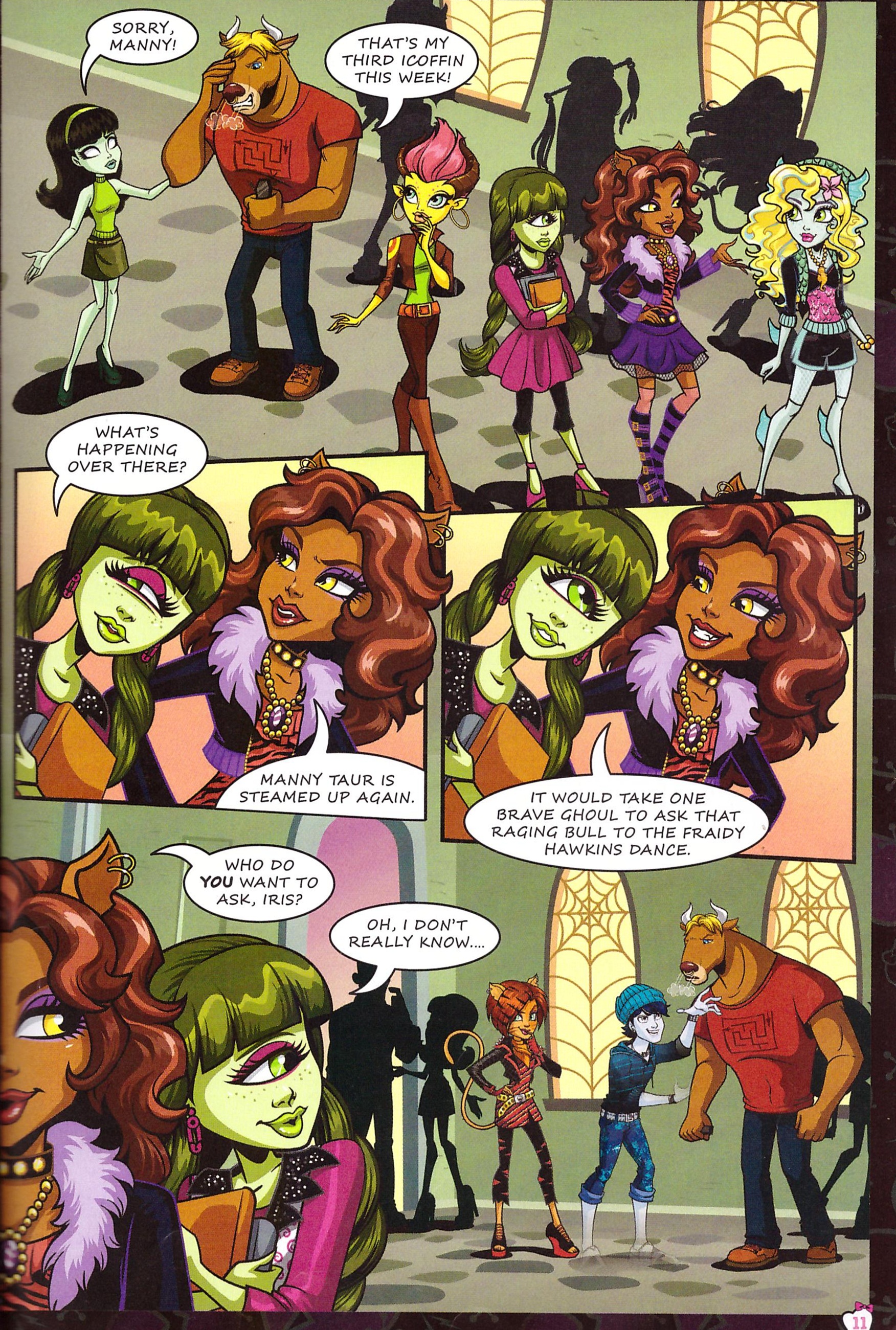 Despite having the distinct advantage of Mattel’s marketing clout behind it, there’s something to be admired in this day and age about a franchise that began with a line of dolls and then moved out into other media. The Monster High dolls are designed to echo classic film and mythological monsters, and for plot purposes they all attend the same school. Graphic novels certainly sell accompanying outfits more than the already successful prose novel series, and two were issued in 2014.

It’s a shame there wasn’t as much effort put into them as there was when it came to designing the dolls. I Only Have Eye For You is a loosely connected bunch of stories that tie together with the final short delving into the hopes and dreams of the Monster High girls as the Fraidy Hawkins dance approaches. They’re attractively drawn by Kellee Riley, an old hand with the cast having also produced illustrations for the novels. She uses bright colours and big panels, making her art far preferable to the cramped and exaggerated style of Josh Howard on companion book Hopes and Screams. Heather Nuhfer’s simple plots will appeal to young readers, but no further, and the forced puns around horror associations may become tiresome. They’re not all up to the quality of the title, concerning the cyclopean pupil. The most interesting plot has Scarah and Invisi-Billy switch bodies, and with Scarah’s mental powers Billy may have the chance to figure out what the girls really think of the guys. A point is made about their lack of obsession. Further messages are scattered throughout the book, which is rather incongruous coming from characters based on horror monsters.

Young girls who like the dolls may enjoy the stories, but anyone much older has been warned.