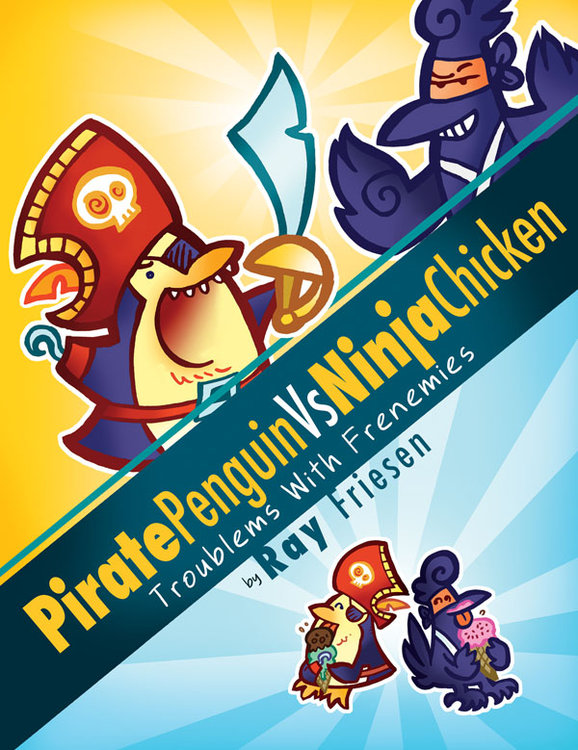 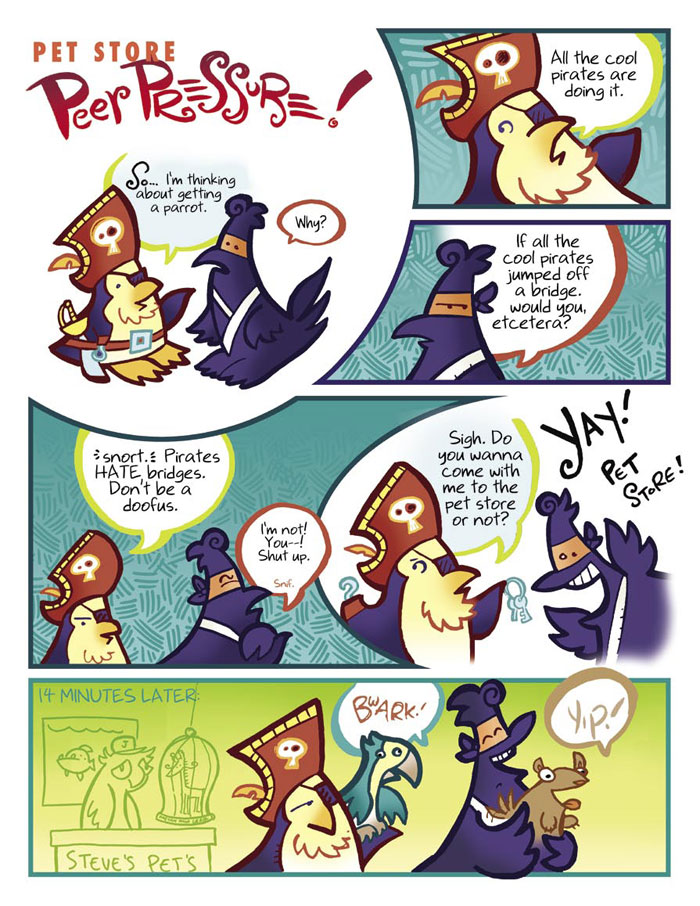 Funny person Ray Friesen has been steadily building a retinue of books for young people that one hopes are finding their target audience because they are an original and sublime treat. Any ten-year-old would probably giggle themself silly over Pirate Penguin Vs. Ninja Chicken.

Friesen’s specialty is witty dialogue and absurd non-sequiturs, and every page is loaded with set up/punch line combinations that work. This is typical:

“Can I ask you a question?”
“Sure! My answer is ‘seven!’”
“Um, it’s not a math question.”
“Okay, then I change my answer to ‘yellow’.”
“Stop answering before I ask! It’s making me cranky.”
“It’s more faster. I’m not really interested in anything you have to say.”

And so forth. The humor is simpler in Penguin/Chicken than it is in Friesen’s slightly older-skewing books, such as Another Dirt Sandwich, which frankly, is funny for any adult that still has a little person hiding inside. This book, which now has two volumes of stories, is more strictly for child readers, and despite the title, is as free of violence and battle as the average Bugs Bunny cartoon. The pirate and ninja spend more time bantering than physically fighting, making the relationship closer to a friendly sibling rivalry than any sort of fantasy genre struggle. A few other animal characters hang around to fill out the cast – Kung-Fu Koala, Astronaut Armadillo, Ninja Squid, Cosmonaut Capybara and an assortment of background animals (their world is human free). Even the Turtles stop in for a cameo. The supporting characters’ voices could be better distinguished from one another, since everyone speaks in rapid high wit, but it’s a small issue.

This first volume starts with a series of bite-size chunks, originally web comics, doling out blackout routines in two to four page portions. Even in shortened form, the stories bounce all over the place, heading down tangents that feel like Friesen making up the gags as he goes. The second half is a fifty-page story, ‘The Biggest, Giantest, Epicest Pirate Penguin Versus Ninja Chicken Story Evar!’, an inter-dimensional space tale about fighting space monsters, too ridiculous to fully summarize. The longer tale expands the background of the characters and the panels and is lots of fun. Being a children’s book, of course, it ends with a couple pages of activities and puzzles plus some background sketches, rounding out a very satisfying package.

Friesen’s cartooning is sharp, bright and colorful, and you could laugh just looking at the goofy character designs. Having created an impressive pile of comics pages while still in his twenties, Ray Friesen seems to know exactly what he’s doing. You’d be hard-pressed to find better for a kid with an active funny bone and a taste for the absurd. 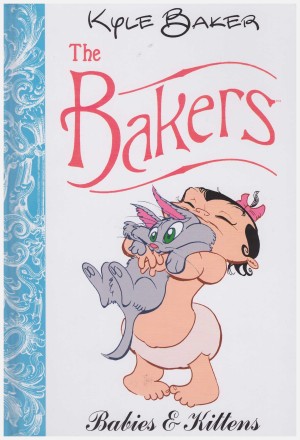