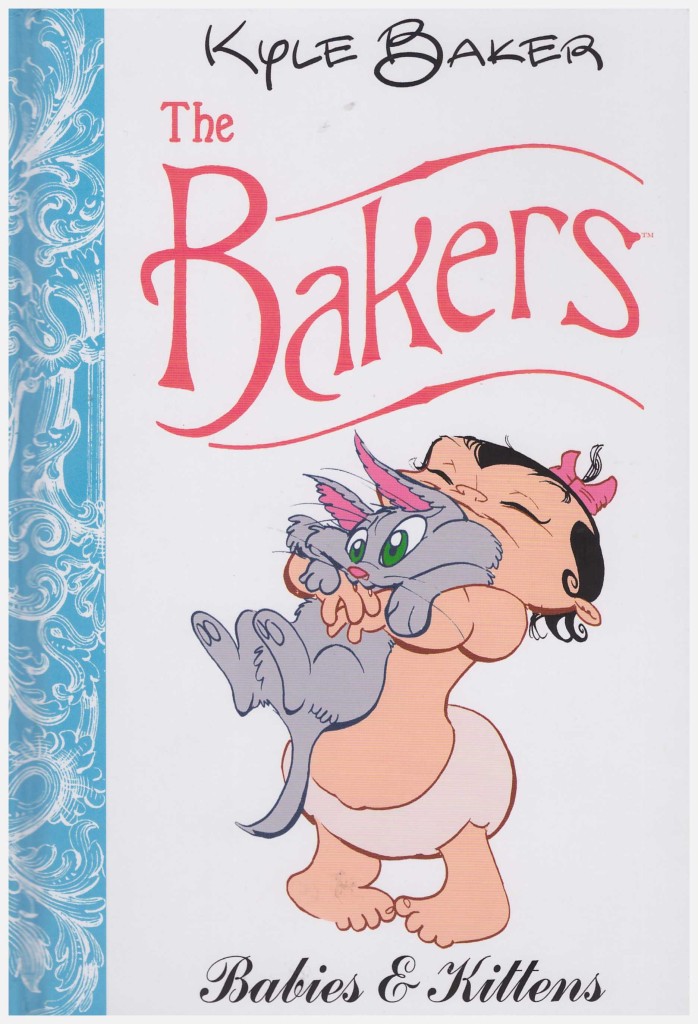 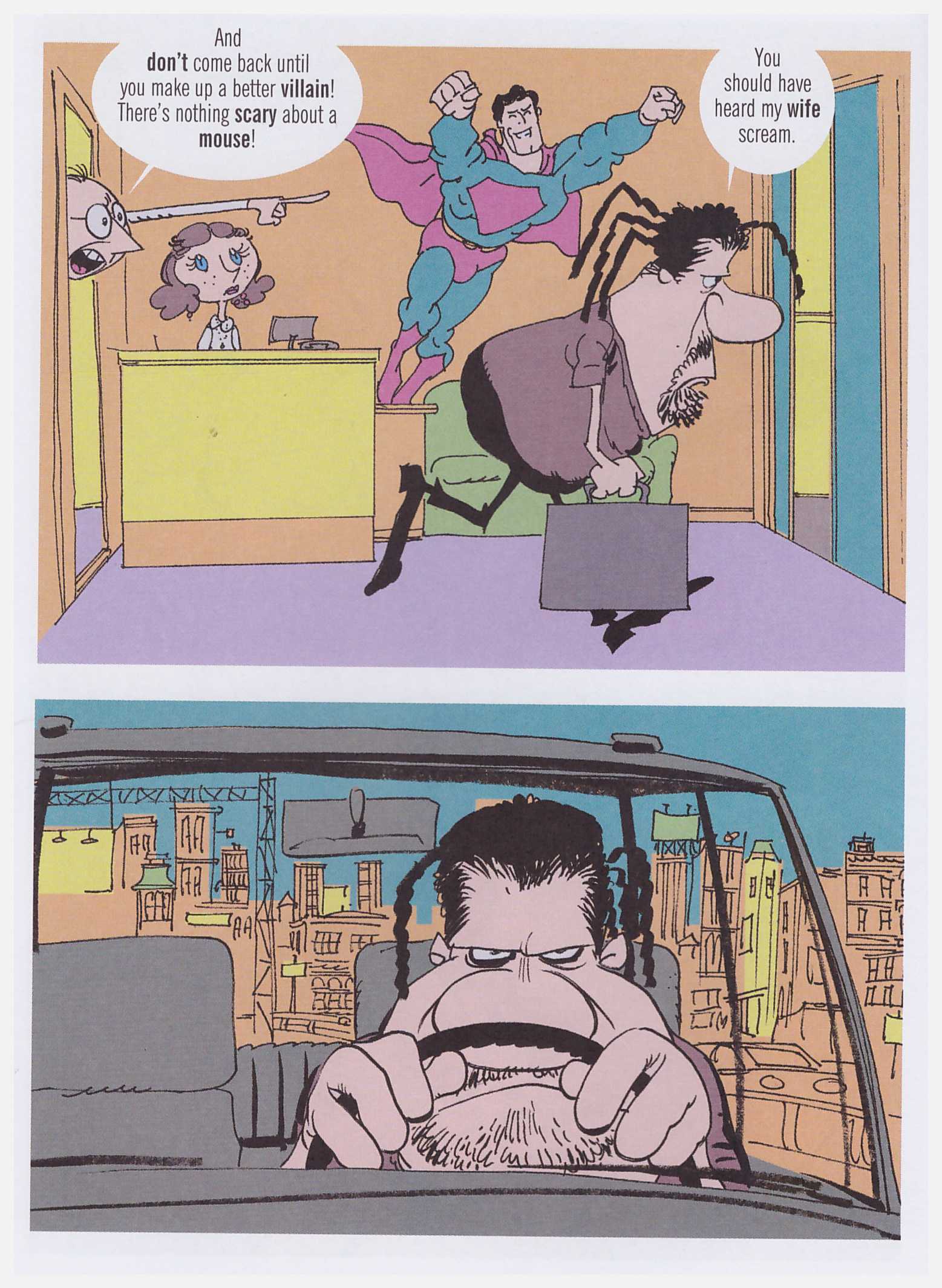 Never an artist to stand still, Kyle Baker was surely surprised at the positive response to cartoons centred around his family life salted among other material in his gag cartoon collections Kyle Baker Cartoonist. Do These Toys Belong Somewhere? gathered the first batch, and this second hardcover collection rapidly followed. As he somewhat sardonically notes on the back cover “What’s cuter than babies? Babies and kittens!”

One immediately noticeable difference between the first and this second offering is that the colouring is far murkier and some of the illustration smudgier, the latter being odd for what’s digitally generated art. Also, rather than a collection of gag sequences, this is a single book-length narrative, beginning with the discovery of a mouse in the Baker house.

Baker’s caricatures have been modified from the previous book. He still illustrates himself with dreadlocks, but now brilliantly depicted as if an unruly giant spider’s been deposited on his head, and the various angles of the dreads serve to accentuate mood.

Do These Toys Belong Somewhere? ensured there was a gag to be savoured along with the artwork, so this is an even quicker read than its predecessor, and sadly not as funny. Baker has been experimenting with animating his strips on his website and this reads more as a selection of frames clipped from an animated short, or storyboards for an animated feature. This is a feeling accentuated by endpapers depicting each family member from assorted angles, as if style sheets, although this was also a feature of the first book. Many of the gags rely on motion. Prolonged pratfalls and desperate searches for hiding places don’t translate well to comics, and neither does an extended cat chasing mouse sequence towards the end.

We are talking about Kyle Baker here, a cartoonist of the first rank, so there’s much to admire about the art. On the other hand at a cover price of $18.99 it killed the franchise stone dead.