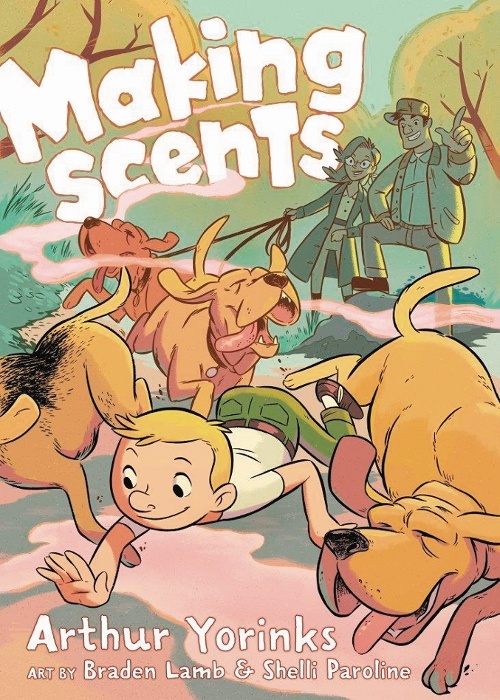 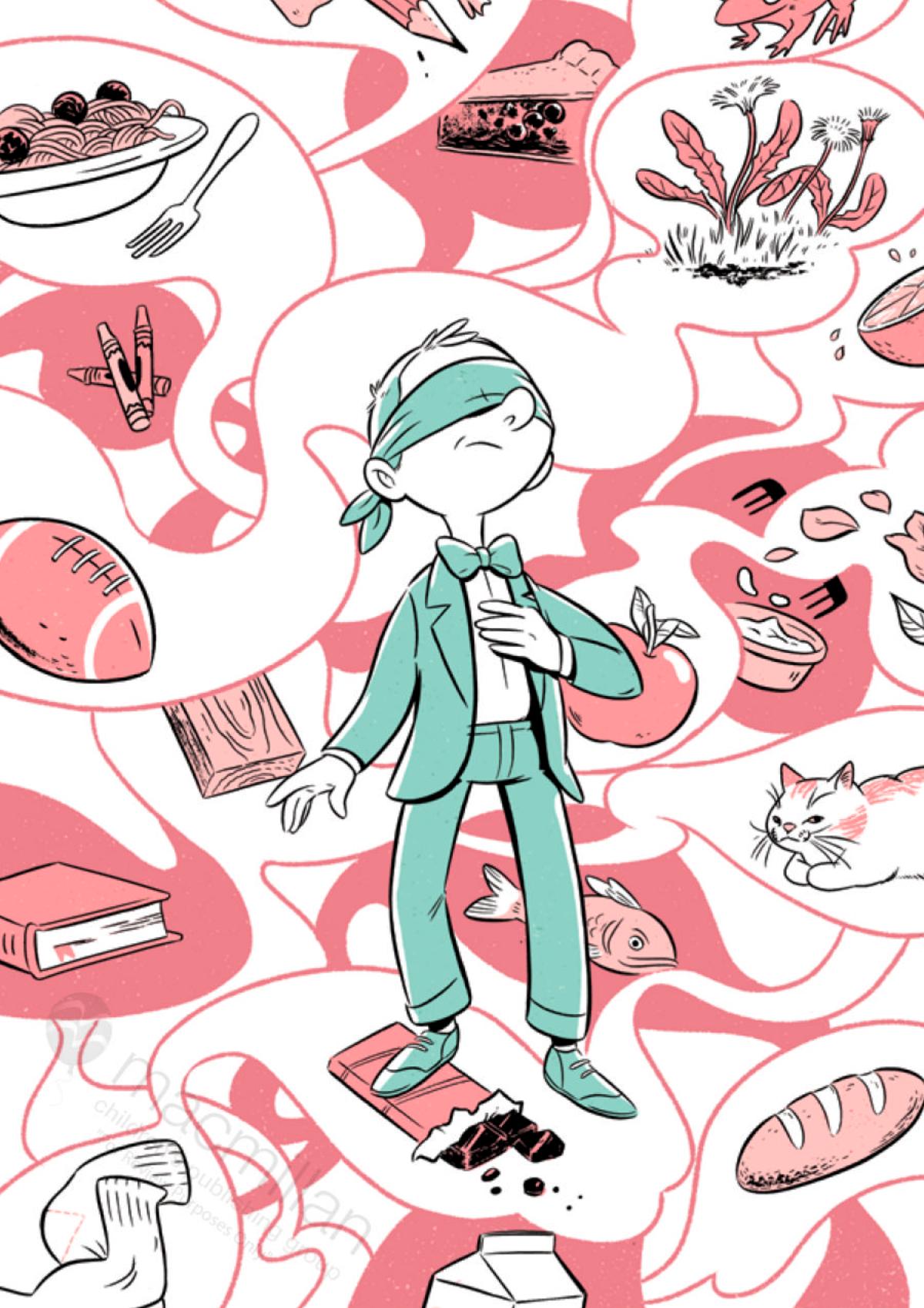 There’s a wonderful air of eccentricity about Making Scents, which is the story of Mickey, tracked down as an abandoned baby by the bloodhounds kept by his adoptive parents. They raise Mickey as a brother to the dogs, and he enjoys a largely idyllic early childhood during which he’s trained to emulate the bloodhounds and track people and objects by scent. Problems intrude only when he has to attend school, where such lack of conformity is an issue. He overcomes this, but the day of Mickey’s greatest triumph is also the day of his greatest tragedy.

Much is dependent on the art team of Braden Lamb and Shelli Paroline, best known for illustrating Adventure Time, where their style morphed to resemble the look of the animated show. Here they work in a very pleasing rounded cartoon style. Possibly for no other reason than visual comfort and appeal, particularly of elderly characters, Making Scents is set in the early 1960s, and the cartooning reflects the classic style of that era. It conveys the personality needed to project the story’s charm, while never sacrificing the clarity required for the target audience. Pages of process explanation following the story explain the artistic priorities, with Paroline and Lamb noting that given the theme, one item of importance was to ensure every character has a distinctive nose.

At its heart Making Scents is a story with messages for children, letting them know that it’s okay to be different, and pleading for tolerance, yet not discounting adversity along the way. This is never highlighted, just guided into the story as Mickey comes to terms with changing circumstances. Arthur Yorinks has a considerable track record in children’s books, and that expertise is brought to bear on his first graphic novel, where he avoids the novice’s mistakes of filling panels with unnecessary words or explaining what’s seen in the pictures. A narrative climax is reached, but Making Scents rather peters out instead of concluding, yet the eccentricity of the topic and the winsome appeal of Mickey should carry the episodic story to its intended audience.