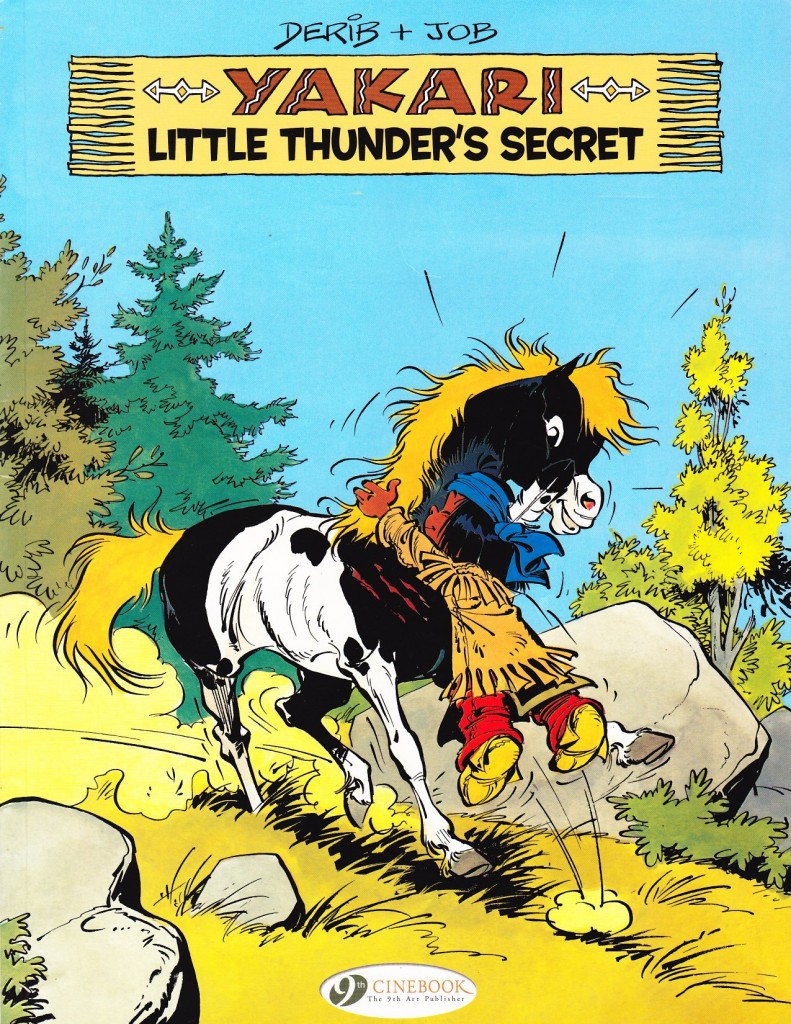 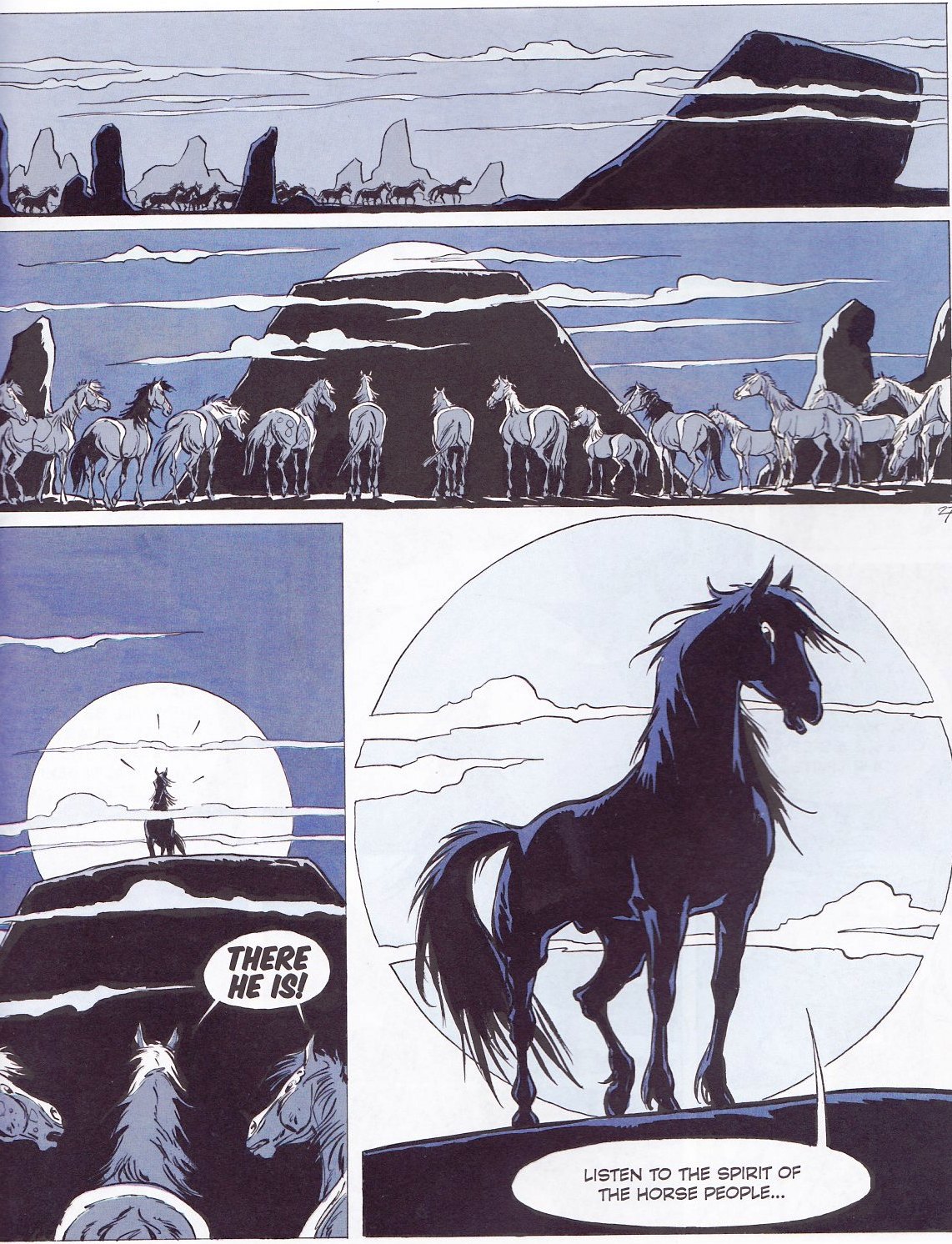 Yakari has always been the main character in his own series, his ability to communicate with the animal kingdom facilitating his adventures. Here Yakari takes a back seat to Little Thunder, the mustang that he befriended way back in Yakari and Great Eagle who has his own adventure.  After a day of riding together, Yakari wishes Little Thunder a good night at the corral, but when he returns in the morning Little Thunder has disappeared and the rest of the herd is unable to tell Yakari where his friend went. In the meantime Little Thunder is travelling inexplicably southwards, led there by the irresistible mystical Spirit of the Horse People. Along with other horses who have felt the irresistible call of the Horse Spirit, Little Thunder has been chosen to participate in a series of trials on behalf of all horses, each more dangerous than before. Yakari looks forlornly for his friend Little Thunder, wondering what has happened, but as each challenge becomes more desperate will the fiery little pony ever make it home to his friend at all?

Little Thunder’s Secret (Le secret de Petit Tonnerre) is the sixth book in the series, artist Derib and writer Job working in unison to craft an adventure that is beautiful, tense, a little scary and oozing with emotion.  Job’s plot is riveting and engaging, the first time that death and loss is featured so openly in the series other than as a necessity for survival in the form of food. His dialogue remains characteristically straightforward without compromising the story, making this a good first graphic novel for children. Derib captures the scenes magnificently, giving his horses a wonderful emotional quality even as they brim with vibrant motion. The sadness Yakari feels can be experienced in the art, the horses’ fear during the trials palpable. The trials themselves are breathtaking and thrilling, Derib fully employing his skills here to embody Job’s plot. Some aspects of the illustration, like suffered injuries, are toned down for the audience, and that contrasts negatively against the prevailing theme of danger. Despite this the art has an elegant beauty to it, wild and free but also able to set the heart racing before tugging at its strings.

While inspired by legends and with that characteristic mystical quality of the early books, it conveys the realities of life – friends will come and go, and death is an unfortunate but essential part of life. It is bittersweet but something, if we face it, that makes life so much more beautiful.

Cinebook continues their publication of Derib and Job’s earliest stories with the playful and mischievous The Great Burrow.