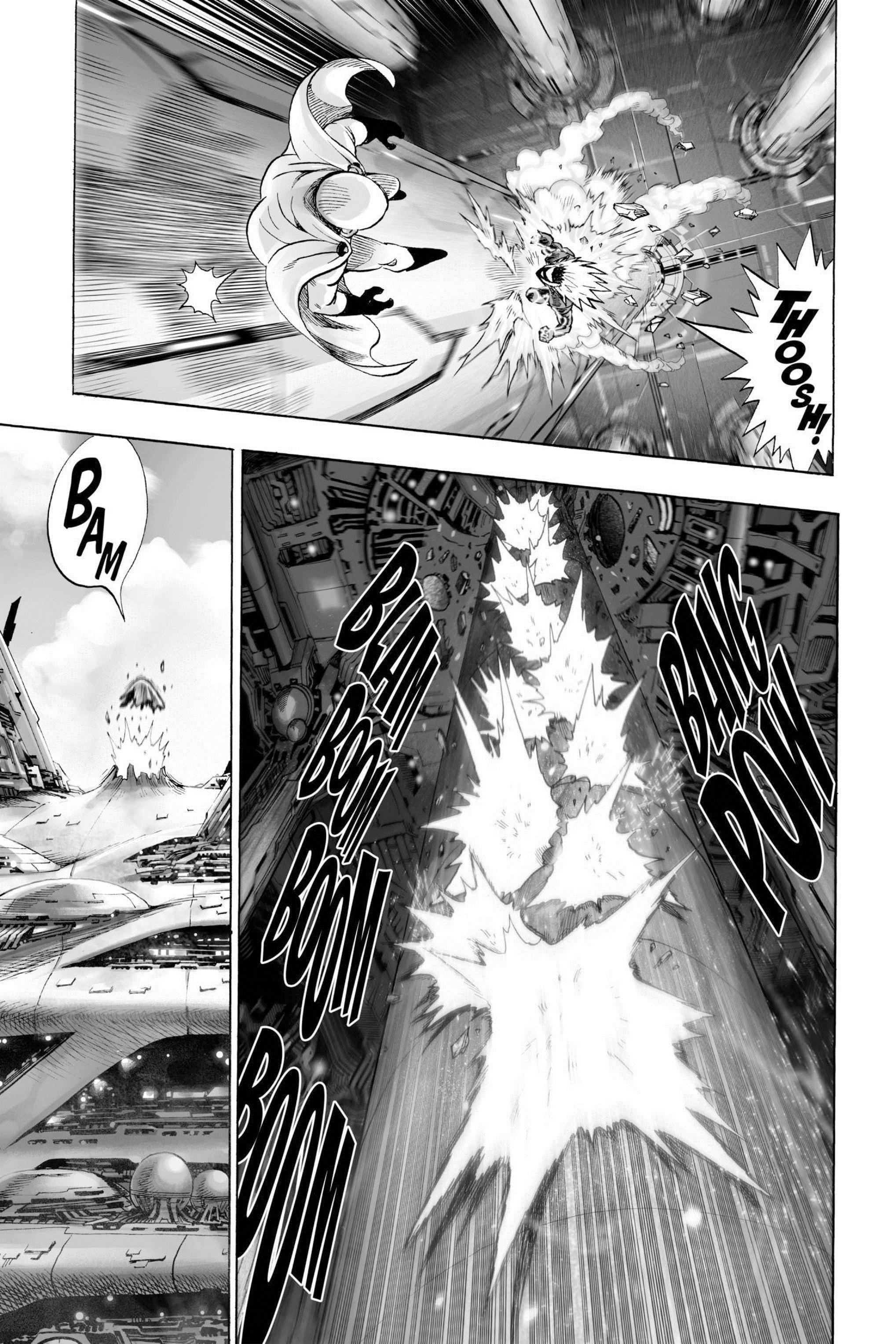 Boros is a new type of challenge for Saitama, our One-Punch Man. As revealed when he monologued in 06, he spent years travelling to Earth because of a prophecy predicting there may be someone there who’s a match for him. However, Boros didn’t come alone. He brought a full armada of cut-throat aliens who announced their arrival by wiping out City A, and posed great problems for the S class ranked members of the Hero Association. 06 ended with Saitama about to confront Boros.

There’s a sequence of spreads here possibly best appreciated in the original digital webpage format where Yusuke Murata illustrates the effect of an immensely powerful force coming Saitama’s way and his using his “serious” punch to deal with it. We have several pages of incoming, contact, and several pages of outgoing. It’s some phenomenal piece of storytelling. That’s the standout art here, but when the level is set that high everything is also noteworthy. One’s plot characterises the supposedly all-powerful S class heroes as a bunch of spoiled brats, and Murata’s depiction matches their characters perfectly, with the few noble exceptions standing out.

It takes just over half the book to complete the alien invasion plot, and after that we’re treated to three bonus pieces. The first concerns the rebuilding of the Hero Association’s headquarters in an ambitious modified form, and the second how Bang’s top apprentice arrived. They’re both relatively trivial, although the first reinforces Metal Knight’s mysterious nature and the depth of his abilities. The standout is the third, in which Saitama has a discussion with the police about what it is to be a hero, and One reveals the sinister side of the Hero Association during their dealings with the police.

There’s no knowing where One will take the plots for One–Punch Man, but a theme running through most of this volume is that egos are out of control in the Hero Association, and their motives may not be as pure as imagined. Perhaps that’s something to be followed up in 08.