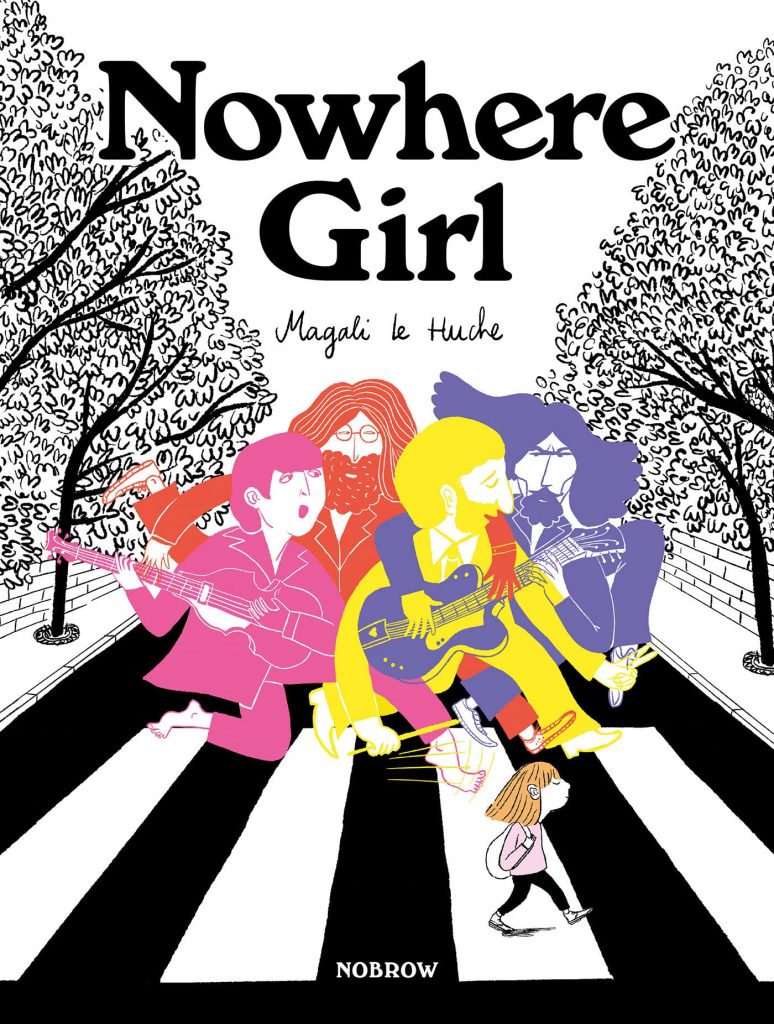 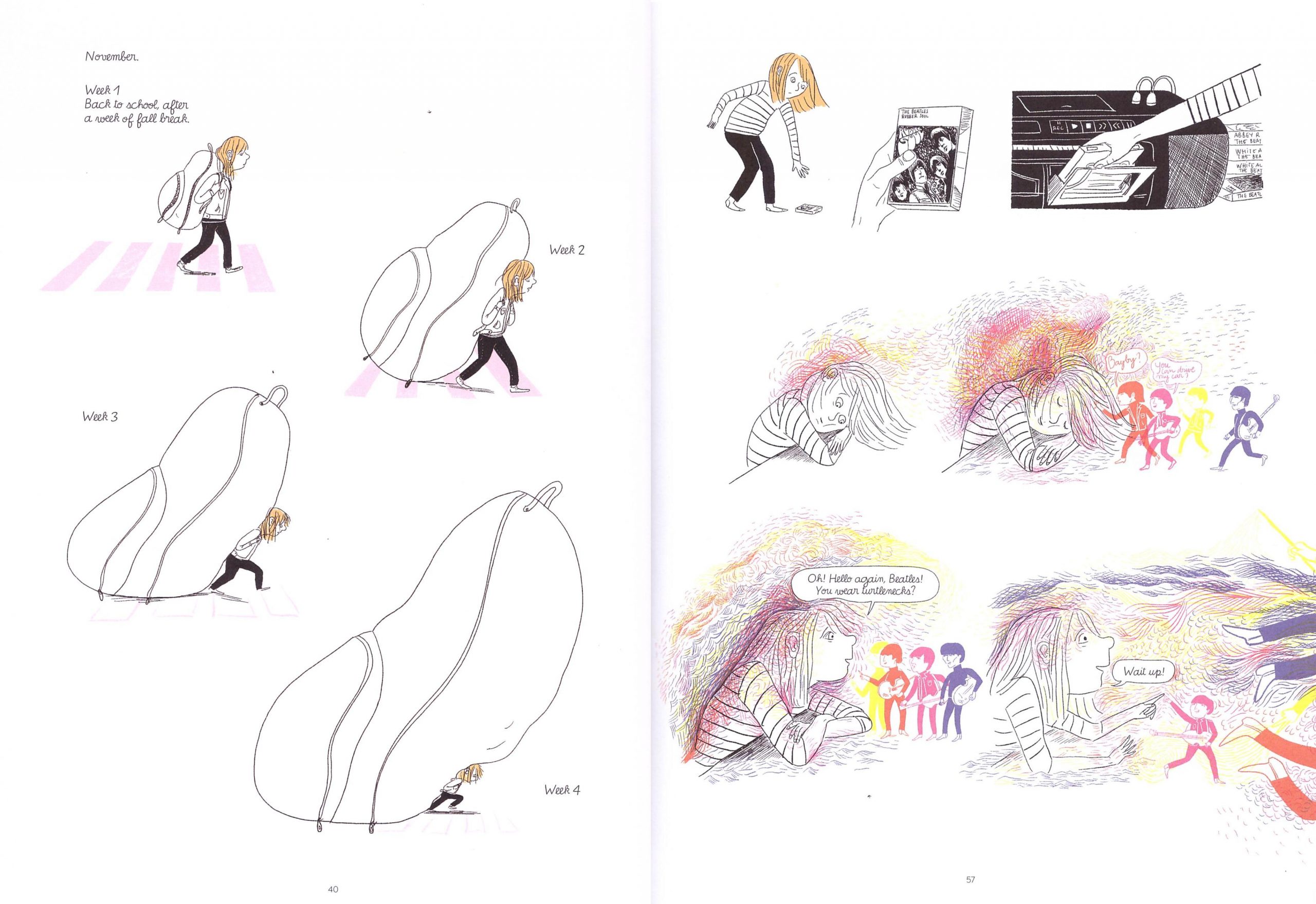 Aged eleven in 1991 Magali is just switching to senior school where she confidently expects she’ll excel academically and get on with the teachers who like her older sister. Unfortunately for her, a sharp dose of reality intrudes, and she finds the transition to a higher form of learning very difficult. The more she falls behind, the greater the metaphorical weight on her back, which is one of several nicely illustrated visual allegories, and she begins to develop obsessive-compulsive habits, psychosomatic nausea and eventually self-esteem issues. Analytical therapist parents are initially no help, but Magali’s partial salvation begins on hearing her sister play a Beatles album.

Magali le Huche looks back on her childhood sympathetically, and there’s considerable charm and elegance about her fine-lined art. The lack of boundaries the Beatles provided for her is reflected in the lack of panel borders containing the art, but they have the dual purpose of permitting colour spillage as the young Magali enters the psychedelic world of the Beatles. She uses colour inventively in other places also, an example being the soundwaves representing the different voices of each band member.

That comes as Magali obsessively throws herself into learning everything about the Beatles with a dedication that would do school work proud. She also begins preaching about the band, to the extent of carving their name into the soles of her shoes to leave prints as she walks. She contrives similarities to connect herself to them, although the coincidence of her beginning to menstruate eleven years to the minute after John Lennon’s death is freaky by any standard, notwithstanding her subsequent discovery of time difference.

Nowhere Girl is about coming to terms with the person one is, and in Magali’s case that confidence is prompted by finding something she’s invested in and wants to learn about. Your heart will go out to the younger girl, and the presence of this graphic recollection proves this is no misery memoir with an unhappy ending.

Somewhere along the way a hand-written “1” in French has become a “7” in English, causing the Beatles to be noted as being in Hamburg in 1967 instead of 1961, and you just know le Huche’s inner eleven year old is raging at the error. 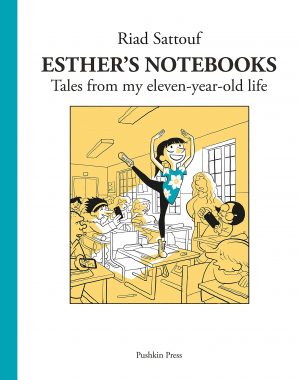 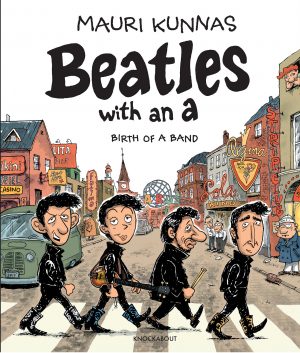