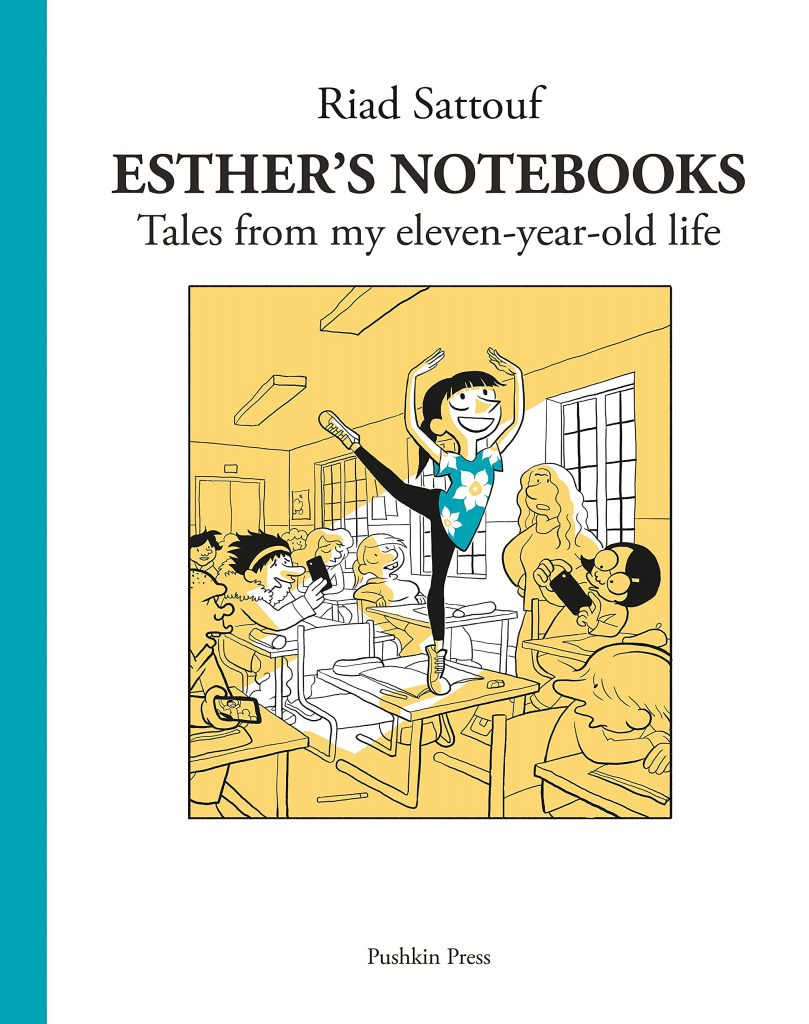 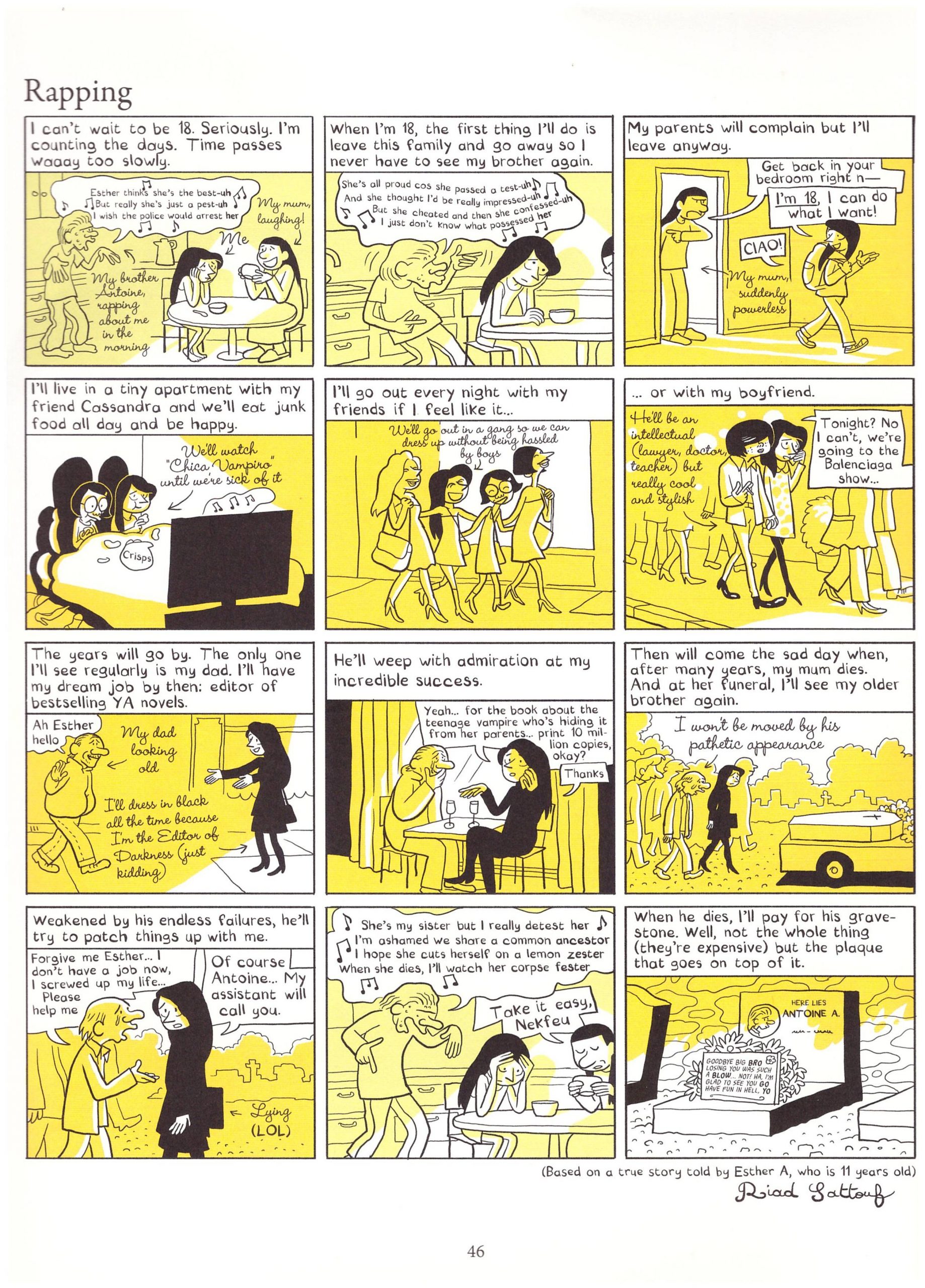 Esther explaining her ten-year old life produced a riotous collection of strips about a smart young girl commenting on her day to day experiences, not quite understanding the context of everything that occurs around her. While still very funny, her observations at eleven show a greater insight, except when it comes to political definitions, and the obsessions of the previous year have changed. Every few strips during Tales From My Ten-Year-Old Life there was a mention of Esther’s desire for an iPhone 6, yet whether she realises it or not, it’s dropped from an all-consuming obsession to a matter mentioned only in passing.

There’s a meta quality to this collection, as strips featuring Esther’s comments have appeared weekly for a year as it opens. She’s presented with a copy of the first bound collection, and is keen to stress to a journalist who comes to interview her that Tangled is no longer her favourite film. However, her direct nature is if anything more pronounced, and her comments on the visiting journalist hilarious, yet as she notes in one strip, she has a sensitivity, although perhaps not in the direction she believes.

Presumably as Esther grows she’ll become more guarded about personal matters, but at eleven she’s still confidently revealing her feelings, hilariously detailed in the sample strip where she lays out her future. However, there is a growing awareness, represented by a heartbreaking strip where she considers not confiding in her father about her problems. As shown so many times, she adores him, but realises having to lie as he tries to protect her is stressful for him. A telling pointer to the future is Esther standing her ground when her mother wants to cut her hair. She’s really proud of holding her own, unaware of how her mother will be feeling.

We see Esther talking to artist Riad Sattouf over the phone, and his cartooning is deceptively good at conveying the emotional needs of Esther’s comments, the poses and expressions intuitively appropriate. He’s begun to vary the strips, possibly due to the sheer effort required to produce a densely packed and character-rich twelve panels to a weekly deadline. Around half a dozen are delivered as large single illustrations with Esther’s commentary running over the top and bottom, but such is the general quality, if Sattouf needs the occasional break from such work-intensive strips, so be it.

Credit for the English version reading so well is due to Sam Taylor’s intuitive translation, which on occasion has to be creative since Esther’s comments wouldn’t work if translated literally. One example is when she misunderstands a phrase spoken in French by a foreigner, for which Taylor provides an English alternative while maintaining the gist of the strip.

Tales From My Twelve-Year-Old Life is also available in English.