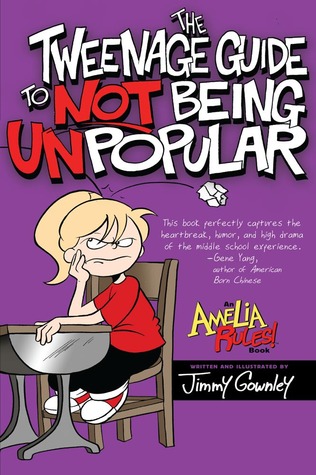 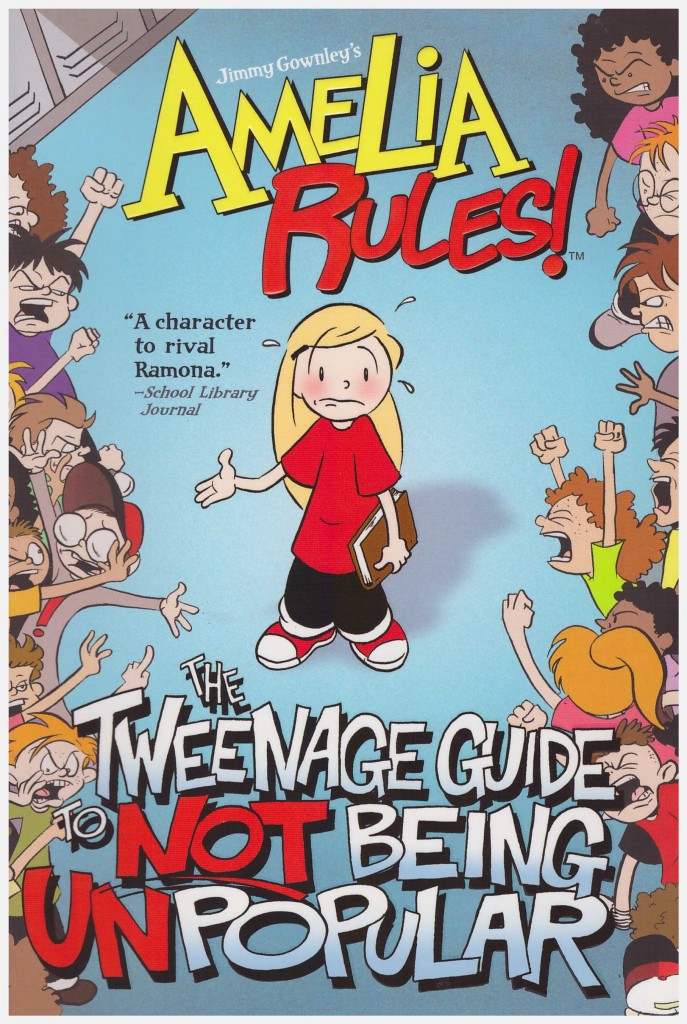 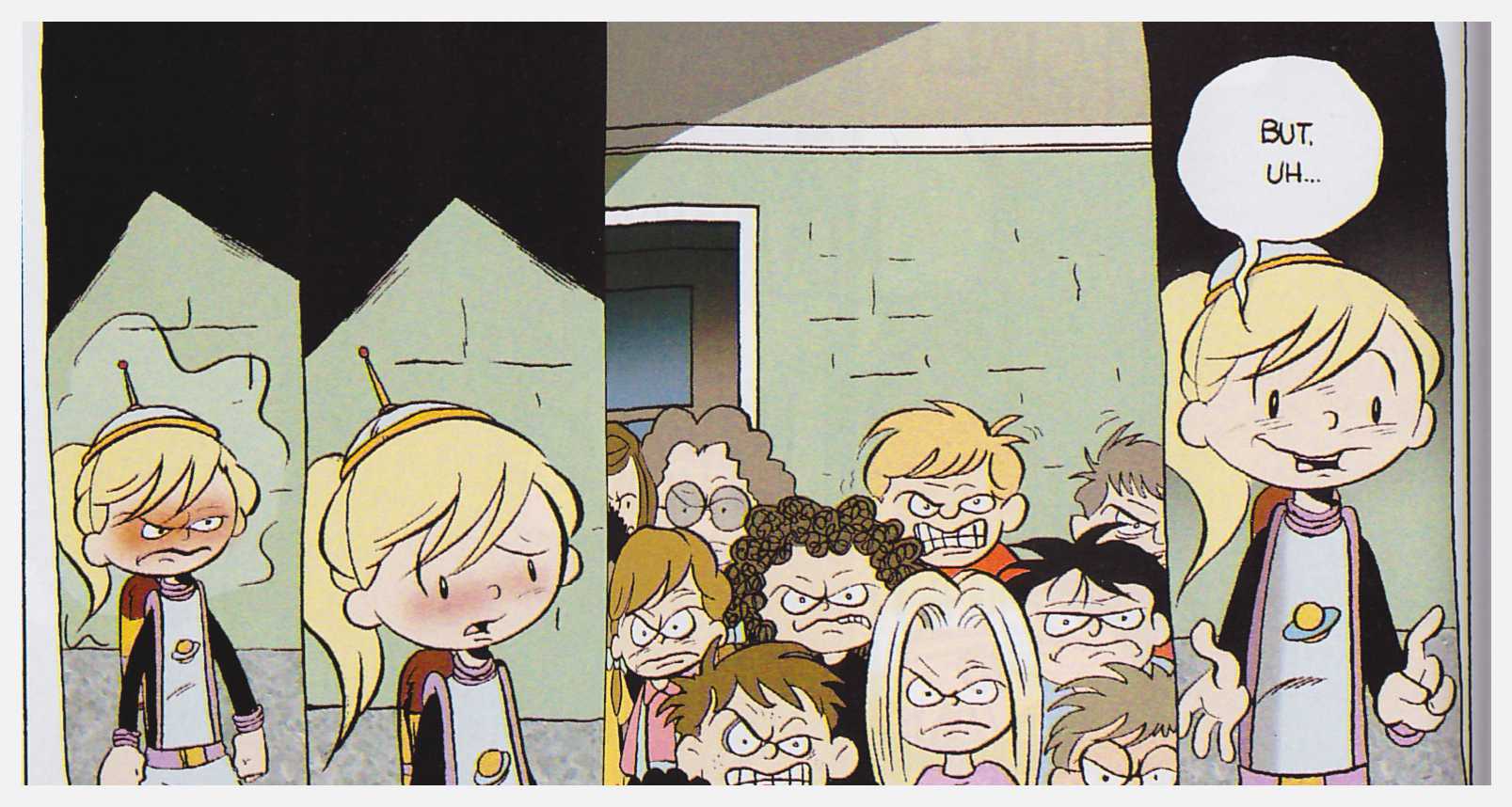 As indicated by the title, some of the material here is prompted by guides marketed to teenagers under the guise of self-help while actually preying on the multiple insecurities already prevalent. Determined to change her reputation within school, Rhonda acquires one of these volumes noting how Snow White is shining example of upward mobility, and whose author offers advice such as “Accept your place in the pecking order early, and you’ll have a lot less disappointment later in life”.

This is the first Amelia book created completely as a self-contained story rather than gathering already published material, although creator Jimmy Gownley retains the largely episodic structure as a convenience. His artistic indulgences this time include a story about the younger Tanner in the style of Archie comics, Amelia’s info-dump presented as exactly that, using miniature versions of the previous pages, and excerpts from the wonderfully named Dr Victoria Medeochrias’ odious book.

Beginning the books with an old-fashioned shovel and pitchforks chase, it’s revealed that Amelia and Rhonda’s class presentation was a success, but later occurrences tarnished the satisfaction. The lesson imparted is that it’s simple to criticise in order to shore-up self-esteem, and in connection there’s a glimpse into the cut-throat world of the cheerleading squad as both Amelia and Rhonda apply, replete with pushy parents and a teacher incapable of looking beyond her own needs.

Every Amelia book has at least one small touch indicating Gownley’s inclusive method of storytelling, and here it concerns a moment of hero-worship from a character introduced earlier to illustrate a point. It’s a passing page, well done and could easily be left without follow-up, yet in tidying up at the end of the book it is followed-up in heartwarming fashion.

As ever, great cartooning, well-conceived characterisation and a joy for adults and children alike. There’s more in True Things (Adults don’t want Kids to Know).