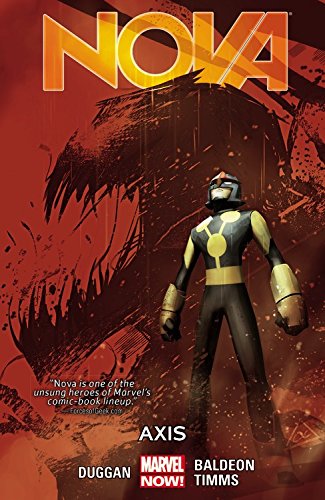 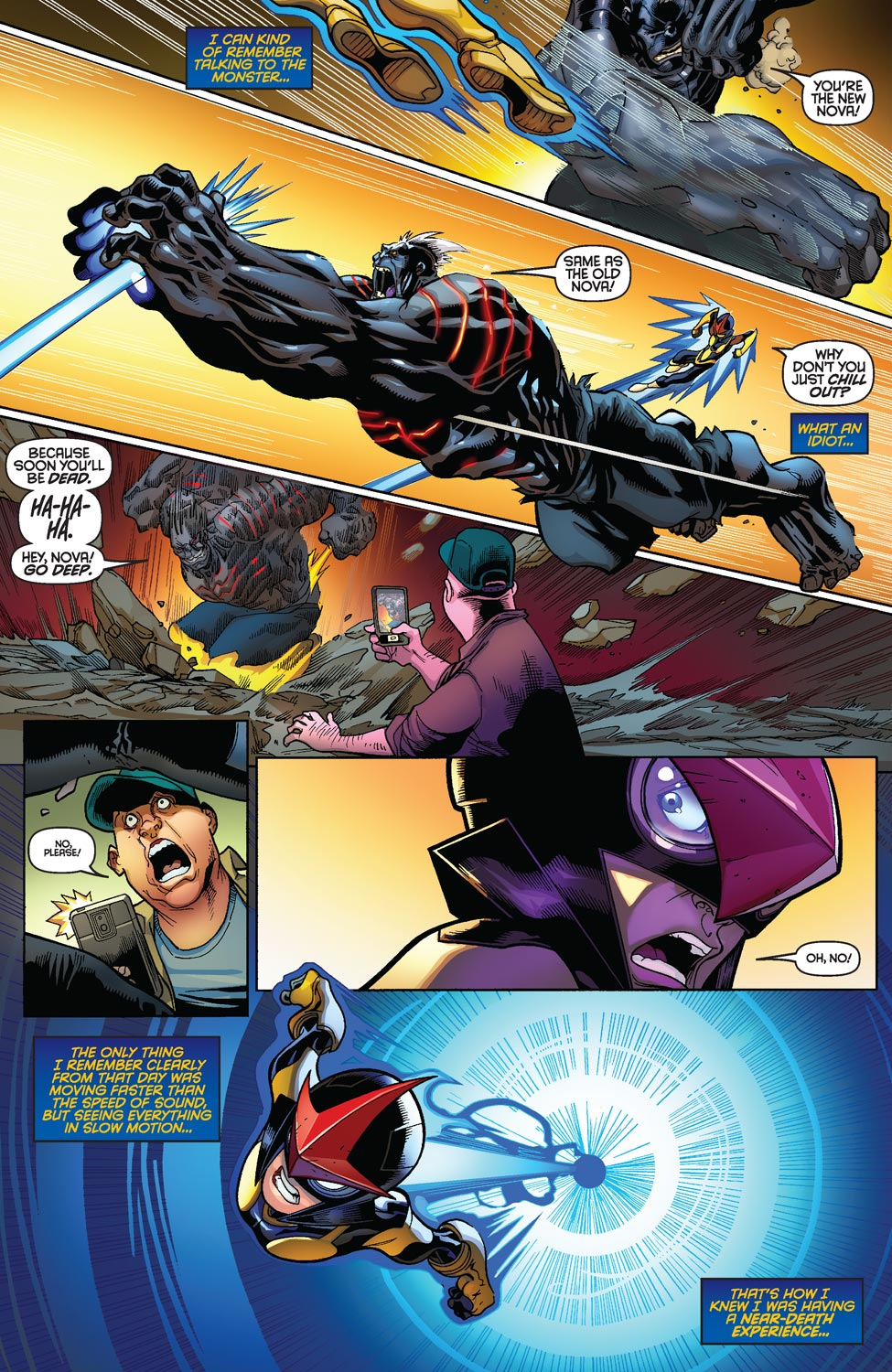 Nova has gradually been integrated into the greater Marvel universe, engaging with other heroes, and being involved with larger events. Much of this, however, didn’t occur in the previous Original Sin volume, but in the pages of Axis. This may be more than a little frustrating for those interested in the generally good portrayal of a novice superhero coming to terms with his background and powers, but not in company-wide crossovers.

The first few pages fill in the premise that Nova’s now more associated with the Avengers, and that the moral priorities of a number of super-powered characters have shifted. Some heroes have become villains, others uncaring, while some villains have found a better side to their personality. Among those who’ve taken a turn for the worse is the Hulk, rampaging through Nova’s home town. Before facing the Hulk head on, Nova makes an interesting decision, and Gerry Duggan’s rolling out of what should be a totally mismatched battle is well handled, with several surprises along the way, not least when Sam follows his father’s advice on bullies.

That’s followed by a charming chapter in which Nova’s status with the Avengers is made official. David Baldeon’s art is a decorative feast, and this chapter includes pages that might be old-fashioned Marvel pin-ups, but good though it is, the 21st century cartoon-style depiction of Sam as tiny in comparison to all around him may irritate. At times he’s barely taller than the plant pot.

As this occurs Duggan is also providing a relatively realistic portrayal of what the consequences might be of being battered by the Hulk, protective alien power suit or not. Sam has concussion, finds it harder than ever to concentrate at school, and his helmet is severely damaged. Not the best time for Carnage to come calling, then. That’s pencilled by John Timms, whose art isn’t as compelling as Baldeon’s, primarily because he pulls his shots in far closer, and so little has the room to breathe.

By the end of the book Nova needs to sort out his malfunctioning helmet, and turns to a surprising source of aid, which leads us into Homecoming.

From the start Nova has been an engaging 21st century update on the original Spider-Man/Peter Parker premise, and this is no different. Enjoyed the rest? You’ll be fine with this.