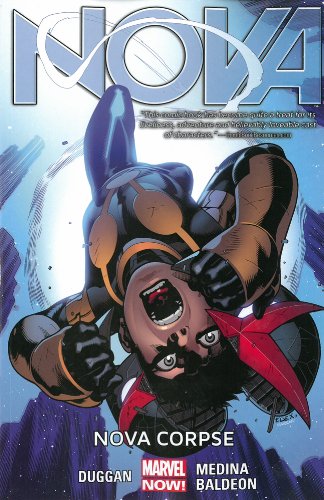 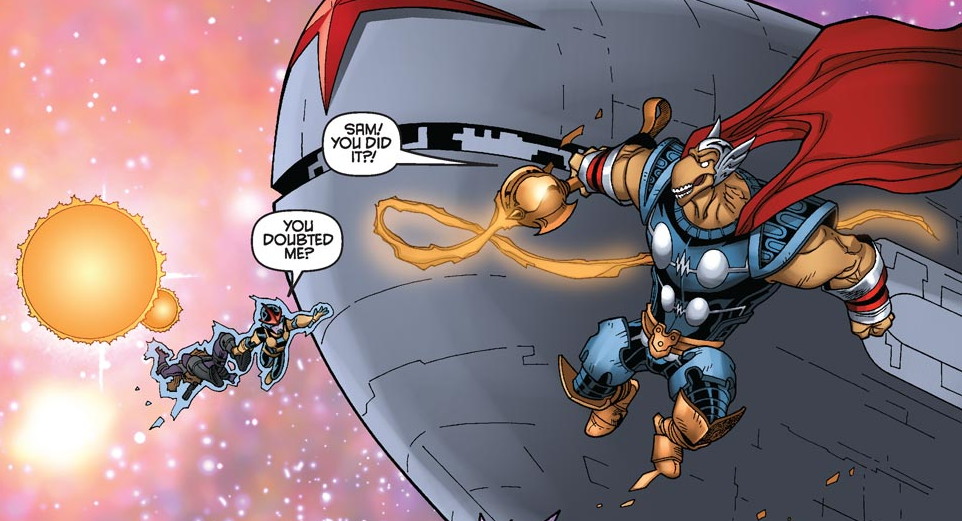 The first chapter begins contrasting the school principal’s chat with Mrs Alexander regarding Sam’s absences and the likelihood of his having to repeat a year, with Sam letting loose in space. The conclusion, though, delivers quite the dent to Sam Alexander, but it’s a predicament that new writer Gerry Duggan pretty instantly rectifies.

The third writer in three books hardly bodes well, but Duggan settles in for the long haul. He has a good handle on Nova’s inexperience and naivety, and although Sam Alexander doesn’t immediately see it, there’s a connection between the chess class he has to attend and improving his tactical capability in space.

The idea of Nova having to attend school, yet also having to deal with space pirates is a neat twist on the old Peter Parker/Spider-Man dilemma, and Duggan’s good at emphasising the home cost of Nova flying off into space, and drawing parallels that he doesn’t quite see. There’s a development as learning to be a superhero also induces a sense of responsibility as Sam Alexander. As the book progresses Nova learns more of the abilities under his control, and they’re immense. This could eventually become rather a plot millstone should his competency and control develop, and the similarities to Green Lantern’s backdrop already in place increase.

The title is displayed rather literally. It’s been established that there are no surviving members of the Nova Corps, and Sam’s appearance has surprised a few people, among them Beta Ray Bill. He comes calling to point out a mistake has been made, and Nova accompanies him to put this right.

Paco Medina is an excellent artist, delivering a young and unsure superhero and realistically conveys his civilian life. Medina starts the book off, but it’s left to David Baldeon to complete the book. His story portions are largely set aboard a spaceship, which he crowds with hardware in quite the impressive fashion.

As with the previous books, and indeed Nova’s original series back in the day, this isn’t the best superhero comic you’ve ever read, but it’s entertaining, and engaging. It continues with Original Sin.