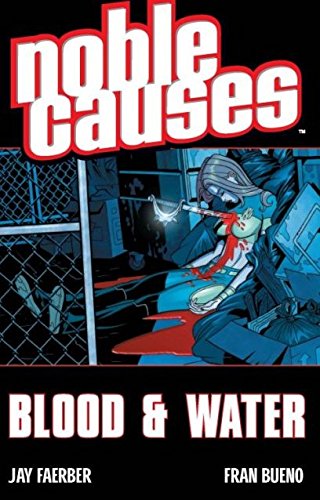 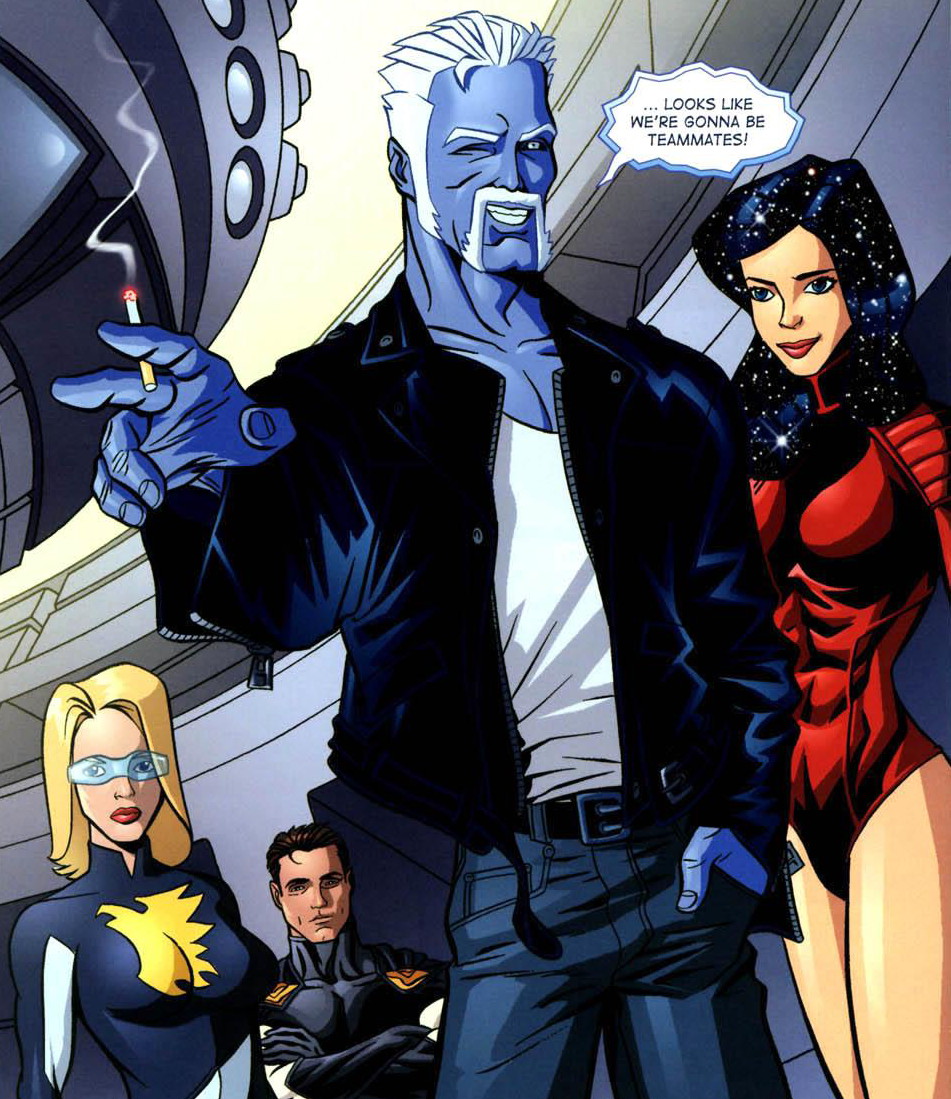 Another Noble Causes, yet another new artist. Fran Bueno has a tendency to provide old-fashioned lantern-jawed superheroes, but he’s the best artist the series would see, with polished cartooning. We’re now back to colour from the greytoned Distant Relatives, and the bright shades applied by Ron Riley emphasise the look of animated TV.

Jay Faerber’s continuing spotlight at the crossover culture of superheroes and celebrity status opens with a murder. The corpse of a prostitute dressed in Zephyr’s costume is discovered, and Zephyr herself made a rather startling discovery of someone indulging themselves in a similar fashion in the previous book. Investigating is Detective O’Mega, who’ll have a continuing part to play as the series progresses, so some thought has been applied to his introduction. He’s an intriguing mix of cynicism and superhero himself, with eyes capable of vision beyond human frequencies, although the initial explanation of this is a touch on the clumsy side.

Elsewhere Race has a very difficult mission to undertake, a villain from deep in the past has a part to play, and Rusty joins a new superteam in which his estranged half-brother Frost is also a member. Their mission is to rescue some humans from an alternate dimension. And it’s not looking good for Krennik, either. Not that it’s easy to trust an other-dimensional being who resembles the traditional concept of Satan.

That’s all more than enough for Faerber to keep the pot boiling and the pages turning in intriguing fashion, and for the chips to fall. Are some cast members behaving eccentrically because their golden status provides a free pass, or is there something more to it? Several experience a major shock in these pages, and towards the end Invincible drops by as well.

It’s another thoroughly entertaining superhero soap opera, and the revelations over the final pages show there’s plenty of mileage in the concept yet. The series continues with Betrayals, and both volumes can be found along with the preceding three in volume one of Noble Causes Archives, although it’s in black and white.