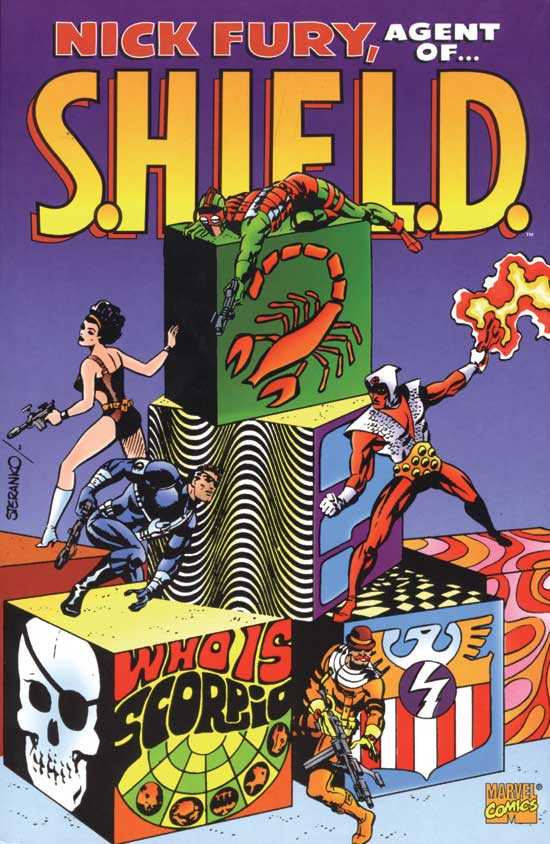 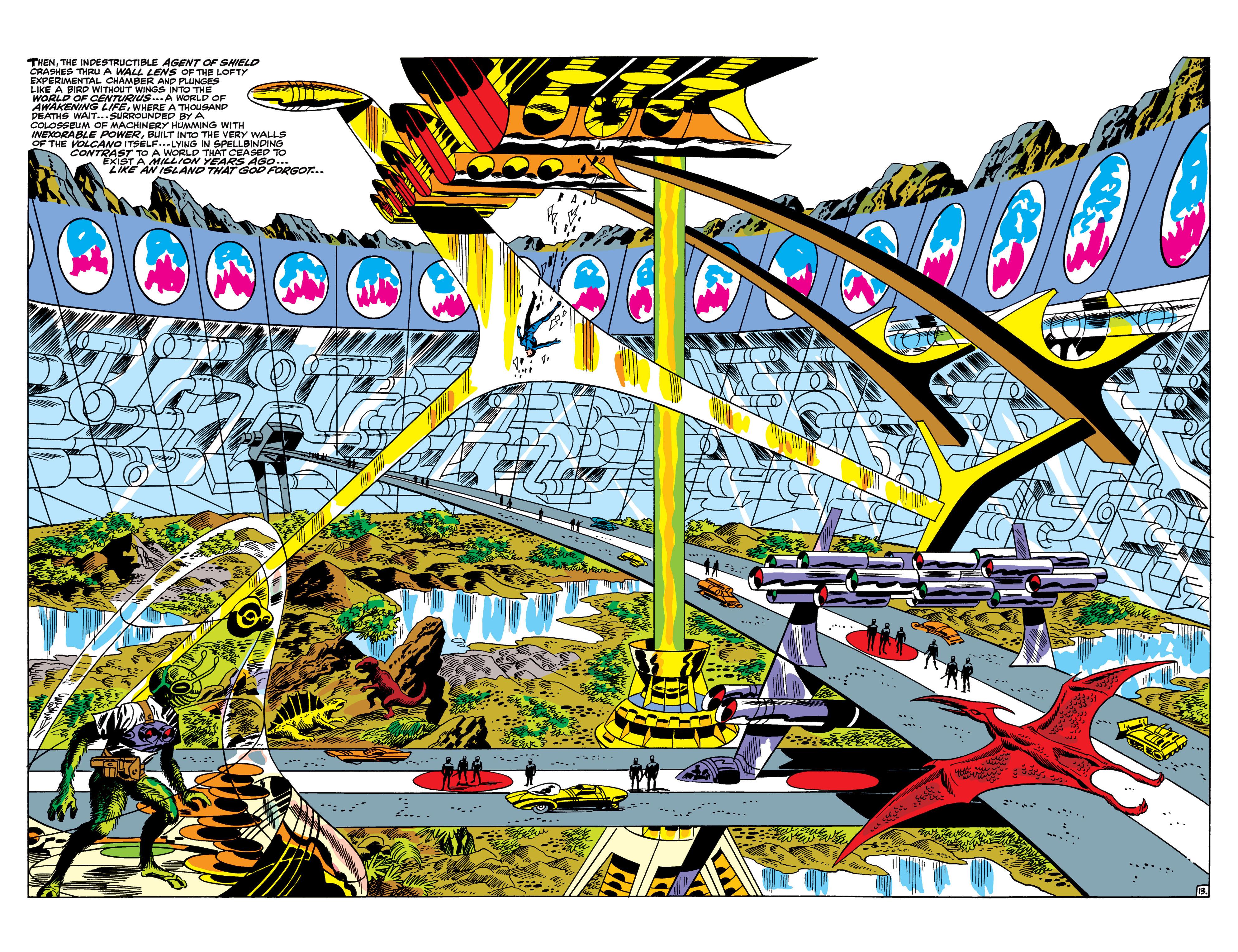 Jim Steranko worked his way to 1968 producing ever more astonishing artwork and transforming Nick Fury’s formerly mundane strip into an up to the minute thriller. The progress is chronicled in the previous Nick Fury, Agent of S.H.I.E.L.D. but the art that’s eulogised is found in the four comics reprinted here in somewhat off-putting extra-vivid colour. The reason it’s exceptionally regarded is that so few other artists who’ve worked in comics have Steranko’s astonishing eye for composition to begin with, and thereafter the ability to integrate the composition cinematically into a story, which is the priority for comics after all. He produced seven covers for the series. One is surprisingly mundane, but conversely five of them are iconic, so striking that you’ll have seen imitations or homages or plain copies several times even if unaware of these originals.

Expanding S.H.I.E.L.D. stories to twenty pages was the making of Steranko as a comics storyteller. It not only allowed him to become more indulgent with his art, but less voluble with his dialogue. At the time it was unheard of, for instance to have three pages without a word of dialogue or a narrative caption, yet that’s what opens Who Is Scorpio? It’s a daring statement, and the experimentation continues throughout. There’s not a single issue that doesn’t have a superb double page spread, the featured art still showing the influence of Jack Kirby, but allied with Steranko’s own design skills.

Plots continue to channel what Steranko thrilled to as child and adult – King Kong, Sherlock Holmes, Sidney Greenstreet – but surrounded by big ideas, and a well-characterised and diversified cast. Everything occurs at full pelt, and there’s never any doubt about the futuristic world Nick Fury occupies. It’s also notable that he has a sex life. Marvel heroes of the era were married and had children, but only Fury featured in morning after scenes.

The range of stories impress, encompassing idealised futuristic societies, gothic horror, and mystery, but Steranko lapses into melodrama and hasn’t entirely avoided over-writing. Some of that is experimental, Steranko writing passages as if in a novel, but complemented by montage illustration: “A nameless operator known only as Code Name Mother connects Fury with the ESP Chamber, citadel of the incredible communicator beam operated by a trio of telepathic technos who seek out danger beyond the realm of mere physical capabilities!” It’s in tune with the creative experimentation of the era, but it’s not good. Back in the day the art was enough to carry the story lapses, but reading some of these passages now isn’t rewarding.