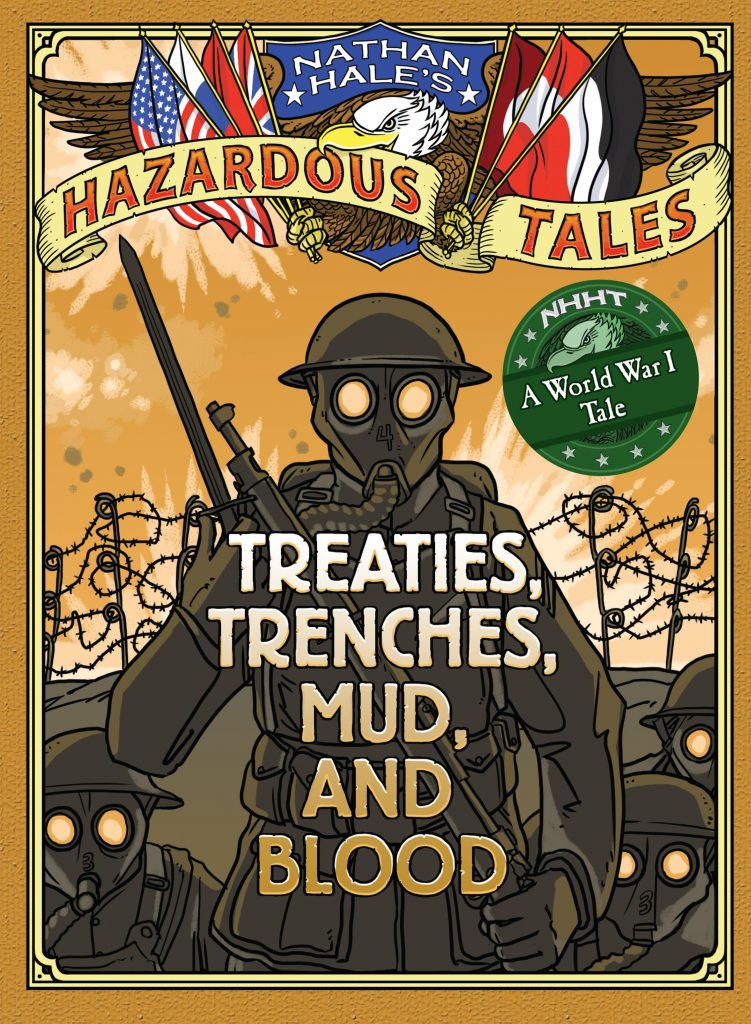 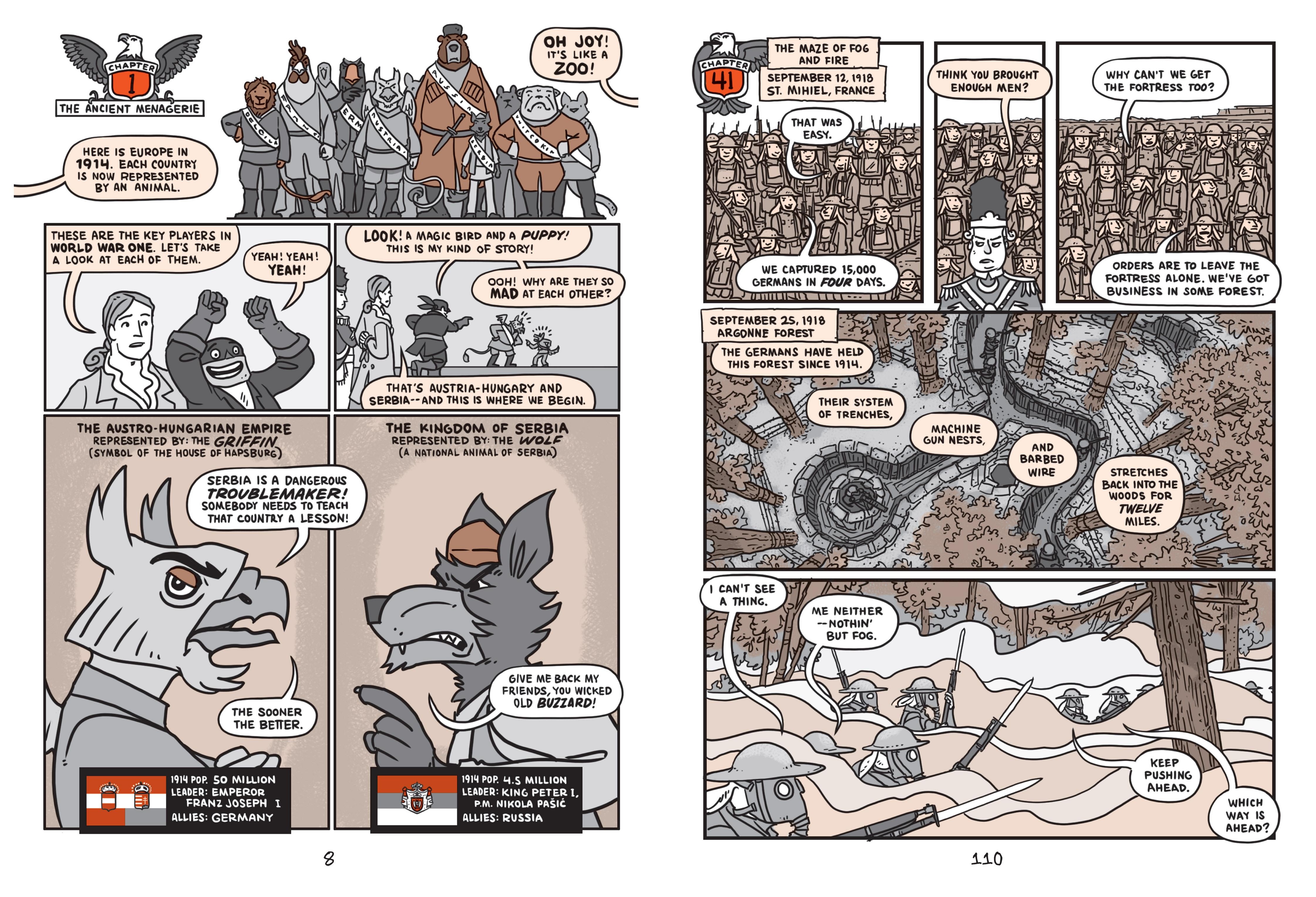 In his series to date Nathan Hale (creator) hasn’t shied away from compressing complex conflicts to easily digestible chunks of history, but can even he convey the assorted tangled circumstances leading to World War I and its subsequent twists? As seen on the sample art his opening salvo is to have each country involved represented by an animal, and from there Hale delivers a masterclass on how to compact the assorted national ambitions and treaties that led to war. After that he explains the sparking point with a focus on Gavrilo Princip and the almost unbelievable luck of his mission, and then how every country involved saw themselves as acting properly.

This is Hale’s best book in the series to date, a real achievement. He personifies the conflicts, works well with symbolism (at one point creating his own political cartoon), and clarifies everything for a younger audience in an accessible fashion by skipping from location to location and back again. His historical namesake Nathan Hale and companions haven’t always been smoothly integrated in explanations beyond their first story, but their use here is exemplary, Hale as voice of reason, the Provost taking the British view, and the hangman’s comedy interjections breaking up difficult sections, his jokes ensuring the information sticks. Bearing in mind the younger audience, Hale avoids the subsequent re-evaluation of World War I’s necessity. He restricts the content to the run-up to war and the terrible battles, not delving into the social aspects or the theory that World War I saw millions of ordinary people die in an attempt to protect the interests of the establishment. Beyond a few sardonic comments about what was considered civilised, that is. He also avoids attributing blame for atrocities, Churchill’s pig-headed ignoring of advice regarding what became the tragedy of Gallipoli not mentioned. He does, however, continually note the casualties, the phenomenal amount of ordinary lives lost.

Artistically Hale’s cartooning always has a charm, but what really impresses is his method of compressing engagements into a single spread, the contrasting illustrations of Belgian towns before and after the conflict excellent, if depressing. Clarity is a priority, so the early decision to depict the troops of different nations as different animals may at first seem trivialising, but as the conflict continues and the troops mix, the wisdom of having Russian troops as bears and English as bulldogs becomes obvious. Toward the end a great couple of pages with contrasting before and after panels show how the war changed Europe, and it also represents how this series has made Hale a better cartoonist.

Treaties, Trenches, Mud and Blood is also available combined with One Dead Spy and The Underground Abductor in the first Hazardous Tales Box Set.