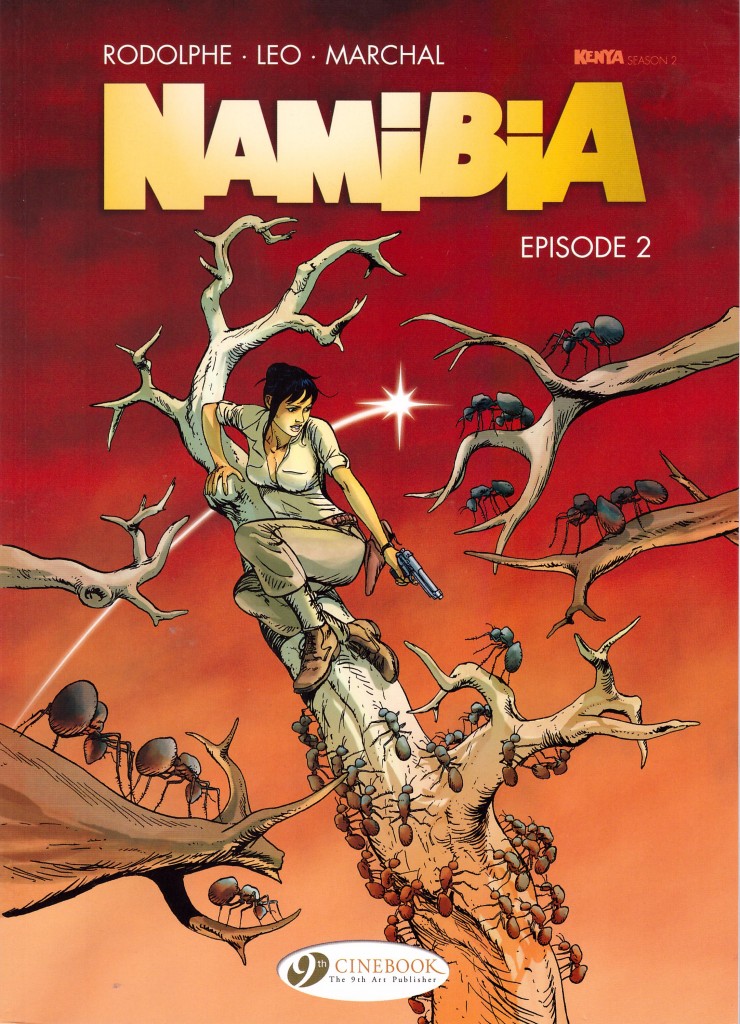 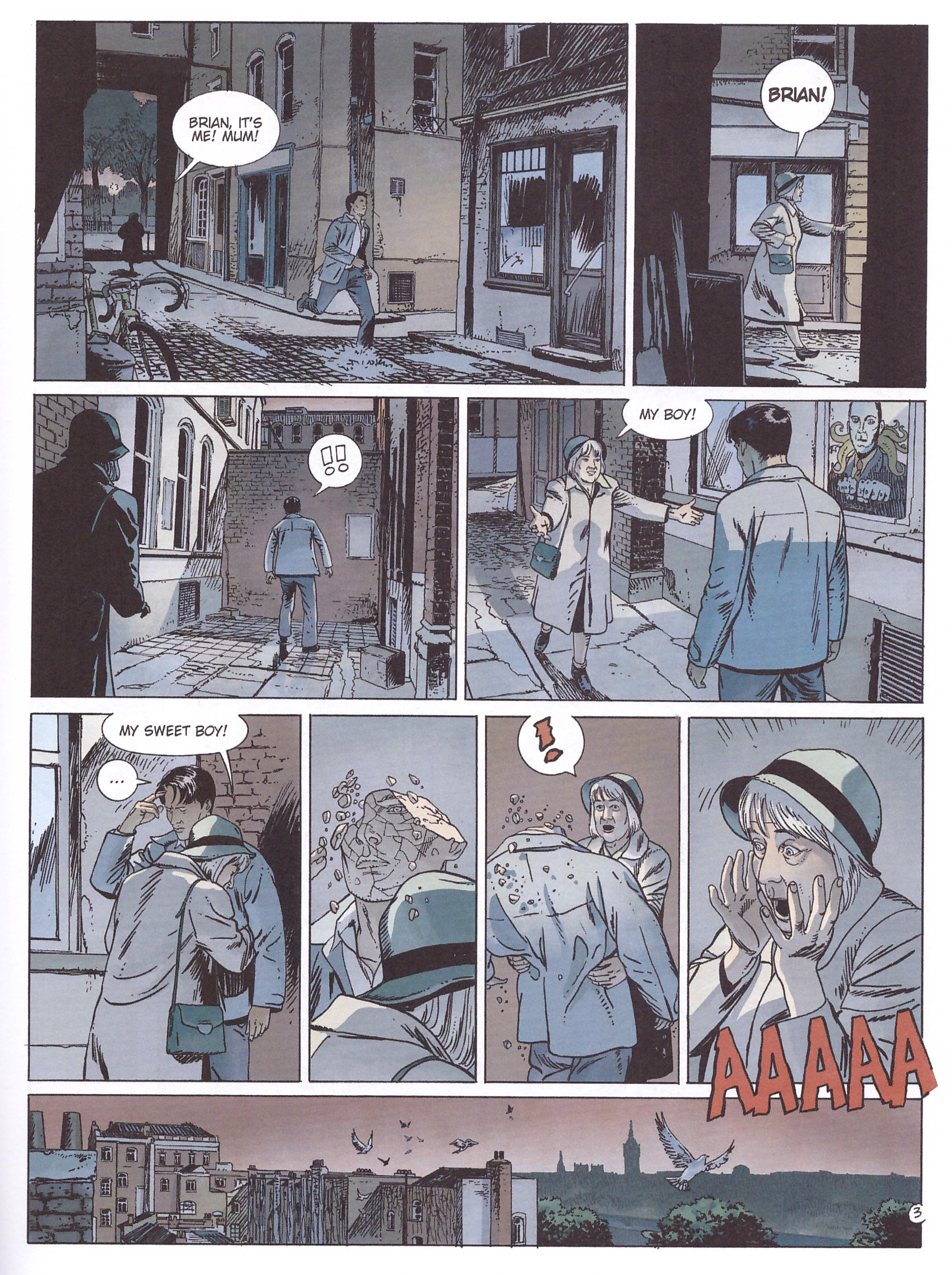 There are some strange goings on in Germany’s former African territory of Namibia in the late 1940s. Not only are crops being attacked by massive insects, but Nazi Hermann Göring has been sighted. British agent Kathy Austin – that’s her on the cover being menaced by ants the size of her feet – is sent to investigate, accompanied by in place representative, the thoroughly unpleasant Major Bowley. He’s an accumulation of the worst aspects of the British Empire attitude, with a contempt for the indigenous population, and, well, everyone else really. Also on the scene is Robert McDonald, whose British father and Namibian mother mean he’s subject to the prejudicial treatment all non-whites endure despite being a United Nations representative.

By the end of Episode 1 Göring had evaporated in a decidedly strange fashion, the leading cast had been chased by a cloud of large insects almost with a mind of their own, and they’d met locals who’d aged rapidly. An early revelation in Episode 2 is that other supposedly dead people have also been seen in other areas of the world, most not as famous, and disappearing in an equally strange manner. That’ll be the least of Kathy’s concerns by the final page.

Joint writers Rodolphe and Leo move the plot forward considerably. Their Kenya series was notable for introducing mysteries that were resolved in the next volume, but in a manner that raised further questions, and they use the same technique for Namibia. There’s always a nagging and intriguing plot thread to drag the reader forward, and that’s with quite the shift in tone from start to finish here. We meet the Namibian Nazis, learn one truth about Göring, and a whole new situation is introduced. Pleasingly, there is a black African this time given a greater role.

Artist Betrand Marchal can draw anything asked of him in a convincing and accomplished way, and yet while there’s detail when required, he’s also adept at visual shorthand when necessary. A request for an army of giant ants rampaging through a cemetery is a new wrinkle on the old artist’s legend of being asked to draw the entire Apache nation coming over the hill, yet Marchal manages credibility without sacrificing his sanity. As already established, his visual characterisation is excellent, as are his locations. He bolsters belief in the cast by ensuring the backgrounds to their experiences are natural.

We’ve become used to Kathy being the narrative centre, so it’s surprising that the focus shifts away from her considerably throughout, with a possible reason for that by the end. Can we be sure, though? Curses! we’ll just have to buy Episode 3.