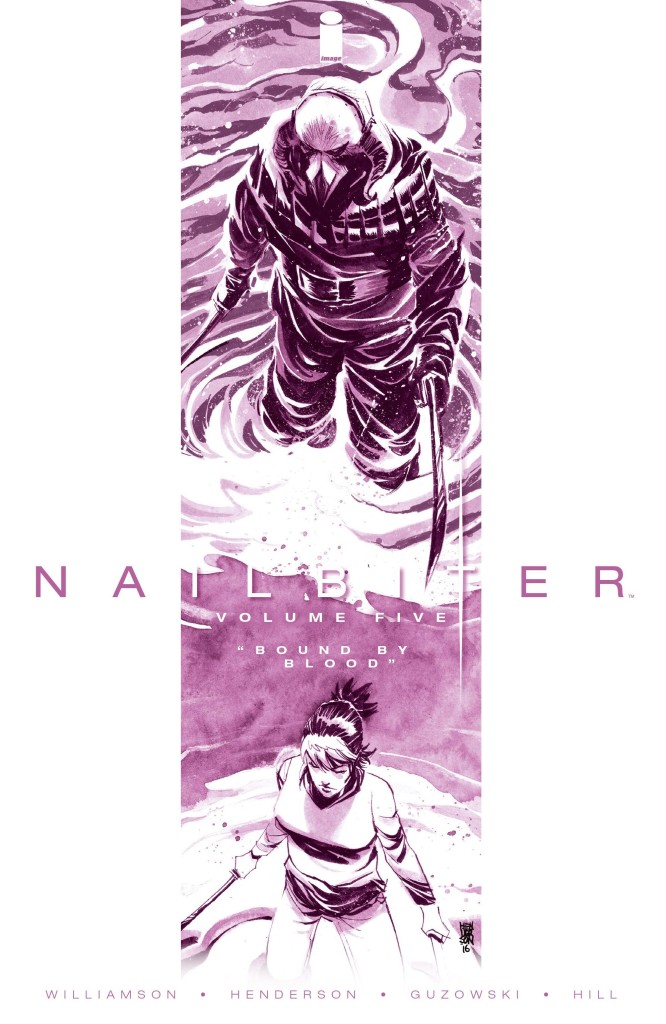 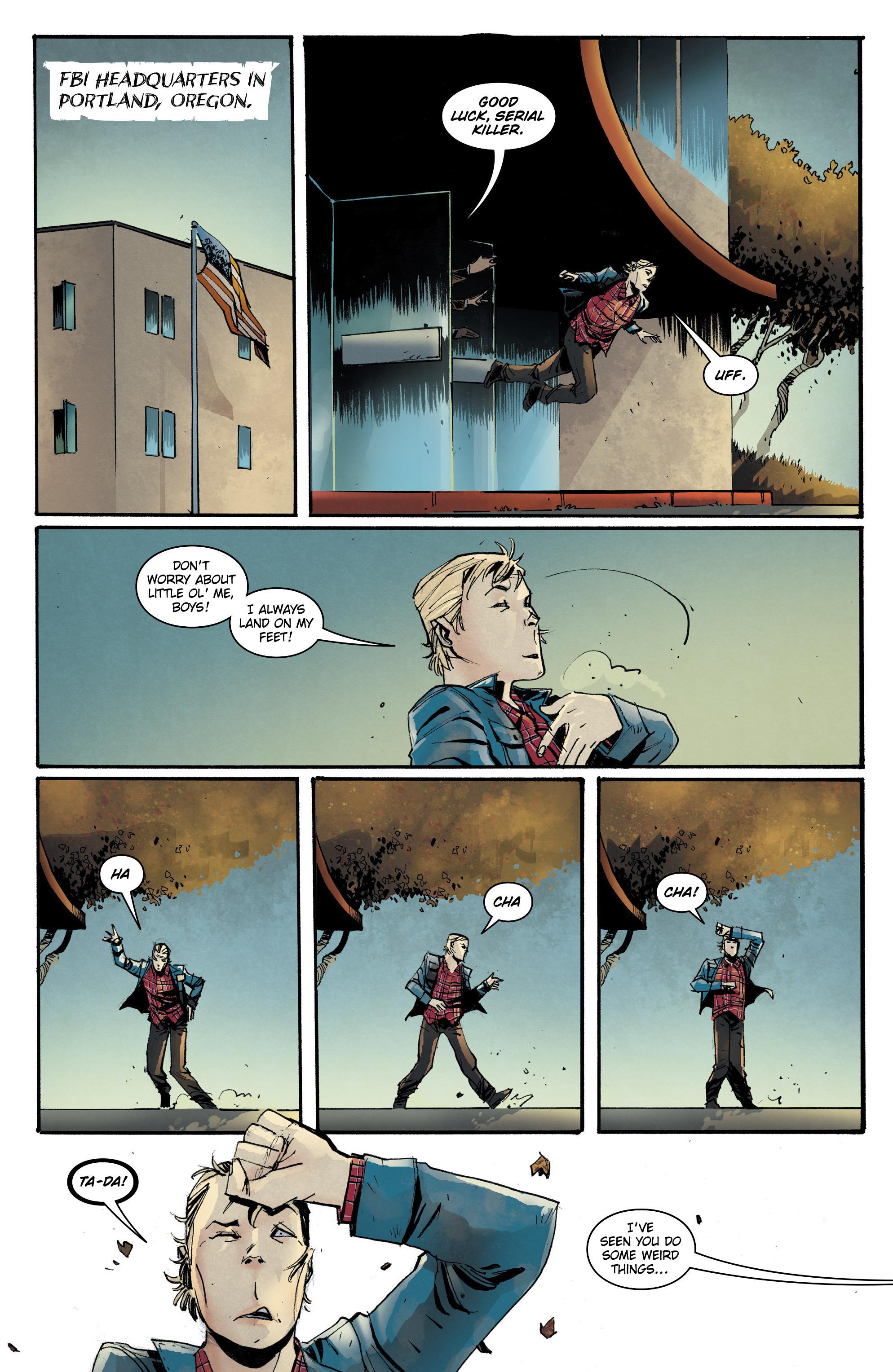 There’s extra value in this fifth collection of Nailbiter as it not only gathers the customary five issues of the ongoing comic, but also opens with the presentation of what was originally issued as the Nailbiter/Hack/Slash special. It takes place before Nailbiter’s original arrest as the Hack/Slash team of serial killer hunters tip up in Buckaroo. It appears inconsequential fun with no real surprises, but Joshua Williamson slips something of great relevance right past everyone then pulls the curtain back later in the book.

The relative sedateness certainly is not the case for the ongoing continuity, which opens with a shock and continues full pelt from that point. Those who read Bloodlust will be aware of the significance of this volume’s title, and Joshua Williamson escalates straight into a terrifying sequence for Alice, high school student who’s been investigating why so many serial killers originate in Buckaroo. It’s one of several threads leading inexorably into The Bloody Truth, which follows, largely due to almost everything other than flashbacks taking place during a single night.

Alice’s experiences are counterpointed by Warren and Finch sharing a car back to Buckaroo from Atlanta. As he predicted, Warren has been freed by the FBI, and as the night progresses it appears we’re being given some unvarnished truths rather than abstruse hints. That’s a theme that continues, although Williamson’s not in the mood to reveal everything. Once again we miss out on a conversation only for the person that has heard to declare that it’s a secret that would shatter the world. Since Williamson’s repeating this game, he’d better have something substantial for the eventual revelation. That minor annoyance apart, he’s on top form, and particularly good is how he works round to the finale, which also provided the opening sequence.

Over the course of the series Mike Henderson’s art has been evolving. Thankfully the masculine look to female characters disappeared quickly, although in one panel Sheriff Crane looks to have a beard. He’s gradually bringing a more stylised look to his pages, extending a face here, flattening a head there, and it’s both effective and distinctive, aided by a greater talent for posing his cast and having them move.

Anyone who’s enjoyed Nailbiter to this point is unlikely to be disappointed with Bound by Blood’s polished dramatic horror. Enough surprises and a few truths ensure that the continuing concealment of the bigger picture is intriguing rather than frustrating, and the cast move forward with every successive graphic novel. It’s all very satisfying. The Bloody Truth concludes the series. Alternatively, it’s combined with this in hardcover as the third Nailbiter Murder Edition. 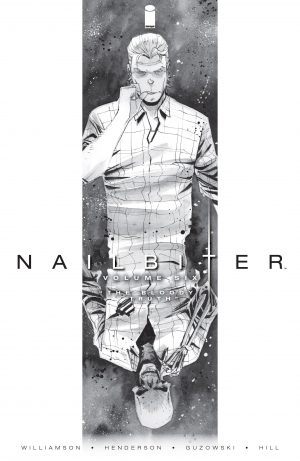 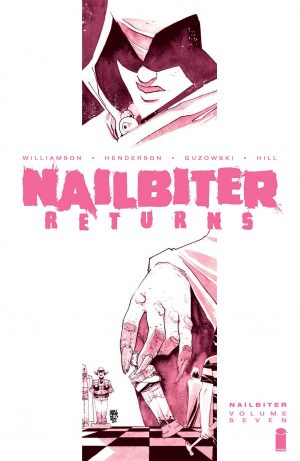