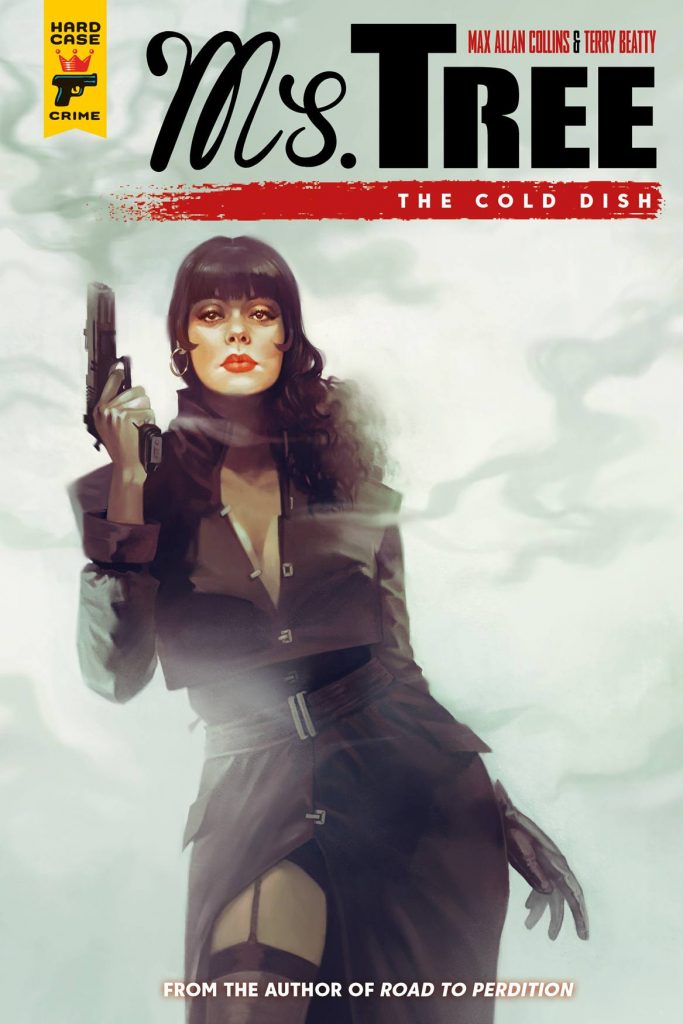 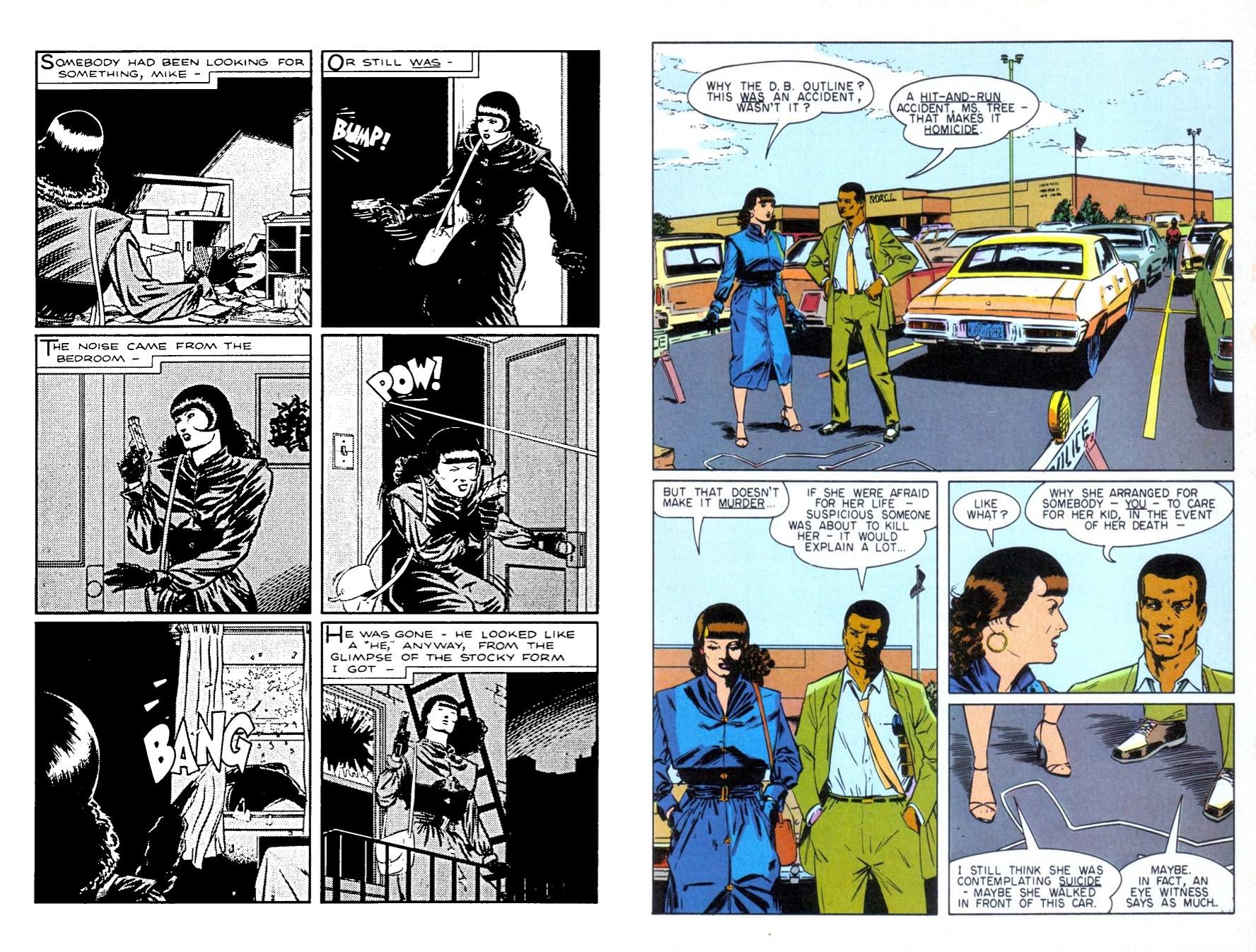 Writer Max Allan Collins provides a new introduction to a collection that starts as a work in progress, but by halfway has more or less settled into the quality that defined the entire series. The development is most obvious when looking at Terry Beatty’s art. He begins by treating Ms. Tree as if a pastiche of 1940s detective comics, very heavy on the black ink and loosely defined faces, but by ‘Death do us Part’ his character definition is stronger, and there’s less reliance on shadow. By the end of this collection he’s found the open style that will see him through the series. His art never entirely loses a stiffness when people are moving, but manages the not insignificant task of having Ms. Tree herself look both capable and feminine.

In the first story Ms. Tree is about to be married to her detective agency partner, but he’s murdered on their wedding night, and she discovers he has a lot of secrets. Collins paces this frenetically as if a daily newspaper strip, barely a page spent in any location, and often less, and there’s too great a reliance on convenience such as someone being shot just before they’re about to speak.

It’s with ‘Death Do Us Part’ that Collins also comes to terms with the format. That and the two following stories are strongly plotted, and he takes the unusual step of making the lead character someone to be admired for her persistence and capabilities, but not necessarily a nice person. She snaps the law rather than bends it, and has no hesitation about killing, deliberately on a couple of occasions, nor about lying to the police to cover her acting as judge and executioner. Collins isn’t as certain about what to do with other characters he’s introduced from the start, but Mike Jr. will develop and the restrained use of criminal overlord Dominic Muerta is effective.

By the title story both creators have hit a groove. It’s the longest inclusion, twists about, drops surprises and everything connects very well. Collins also begins to solve the problem of the large supporting cast by defining their personalities more individually.

Most of this material was collected in the mid-1980s as I for an Eye and Death Do Us Part and The Cold Dish, but you’re better of with this collection for the improved production and also presenting another early story ‘Murder at Mohawk’. It’s a teaming with Mike Mist, another detective Collins and Beatty used as a vehicle for two page mysteries readers had to solve. Here he’s around for a compact two chapters that are a homage on several levels, to crime writer Donald Westlake, to 1930s gangster movies, and to a real hotel that hosts mystery weekends in New York State. Collins and Beatty do them all proud in solving a thirty year old crime.