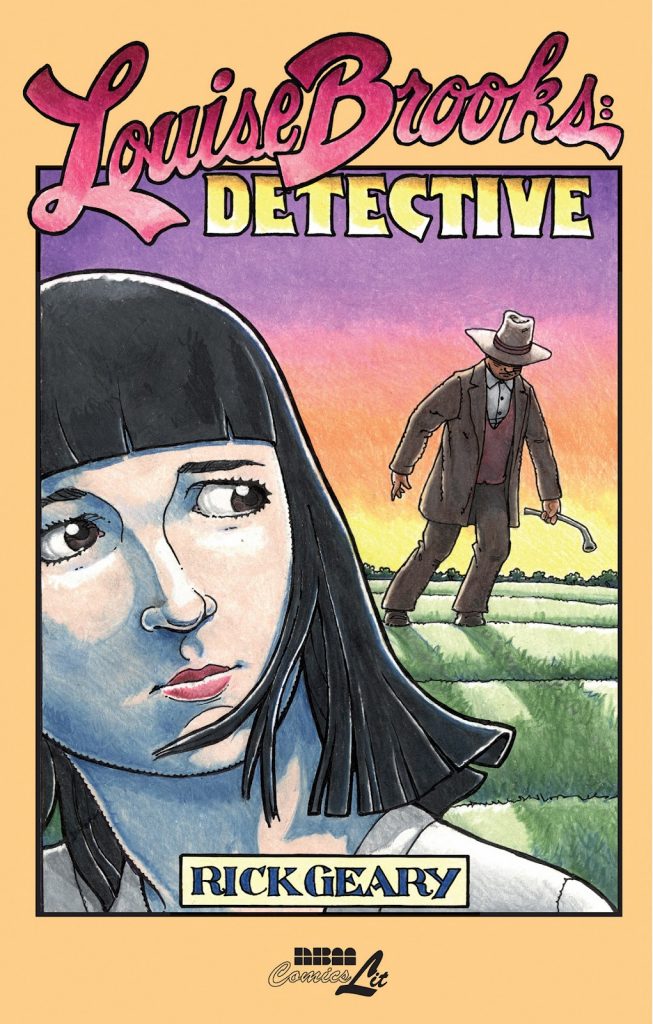 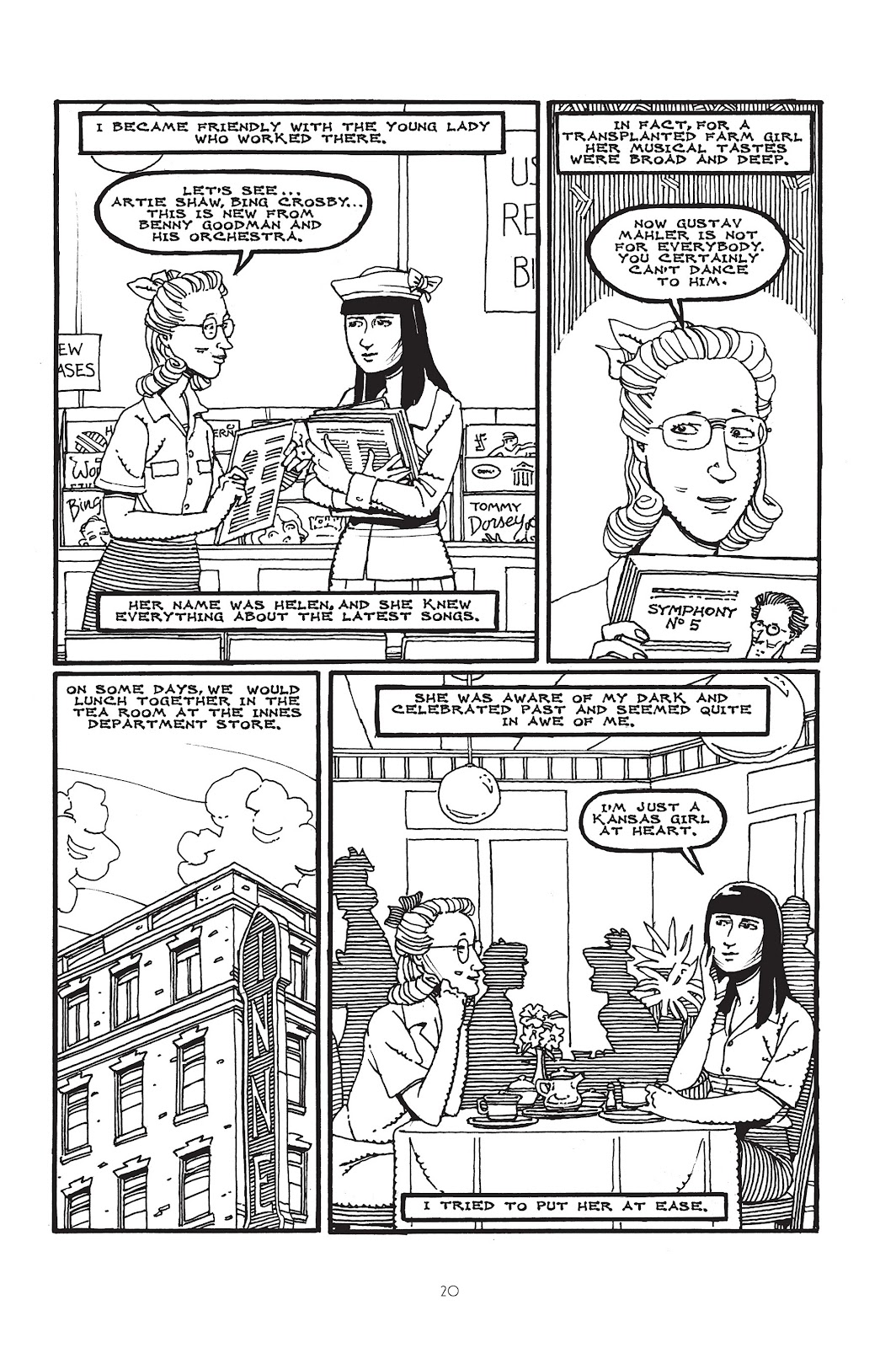 During the late 1920s and early 1930s Louise Brooks was one of the most famous women on the planet, a film star whose career survived the transition from silent to sound movies, and whose distinctive bobbed hairstyle remains with us. However, by the late 1930s her career was over, and she returned to her hometown of Wichita in Kansas in 1940, which is where Rick Geary’s story begins to diverge from reality.

Geary’s best known for his painstaking research into 19th and early 20th century crimes as presented in the Treasury of Murder series (see recommendations), and Louise Brooks, Detective is given a similar treatment, complete with scene-setting maps. He remains broadly true to Brooks’ biographical details, such as her attempt to open a dance studio, and family relationships, yet has her give a first person narration as she becomes interested in the (fictional) murder of a wealthy widow. Geary delivers a locked room mystery with the victim discovered with a knife buried in her chest, and has Brooks discuss matters with her less worldly friend Helen. However, it’s a different crime that comes to occupy the story.

As with his tales of genuine murders, Geary pays meticulous attention to period details, apparent in the careful reconstruction of vehicles, architecture and internal rooms, and he presents several characters with motives for murdering the widow. A dispassionate view characterises Geary’s true crime approach, and it’s applied to Brooks here. She’s drawn to the murder reported in the newspapers, and while she doesn’t witness the worst of what later occurs, she has her trials, yet moves on seemingly unaffected, content to have put the pieces together.

It will occur when reading that nothing about the plot definitively requires the presence of Louise Brooks, and if she was someone Geary just wanted to draw, why with longer hair? However, her presence adds an elevating glamour, and distracts from more astute readers possibly managing to put together the first stages of revelations themselves. The entire plot, though, ought to elude all but the most seasoned crime readers, and clever disclosures populate the final pages, among them solving the newspaper case neatly.

It’s possibly strange to note that Geary’s books about murder always have charm, but that’s the case. It’s there in the art and the narration, and it works equally well when applied to fiction.