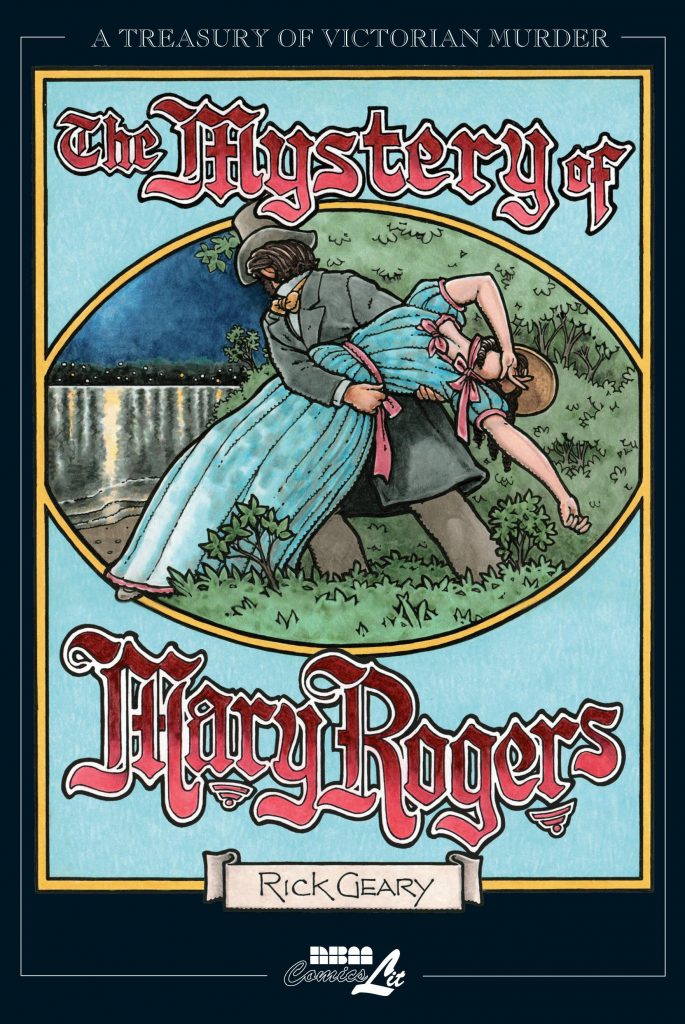 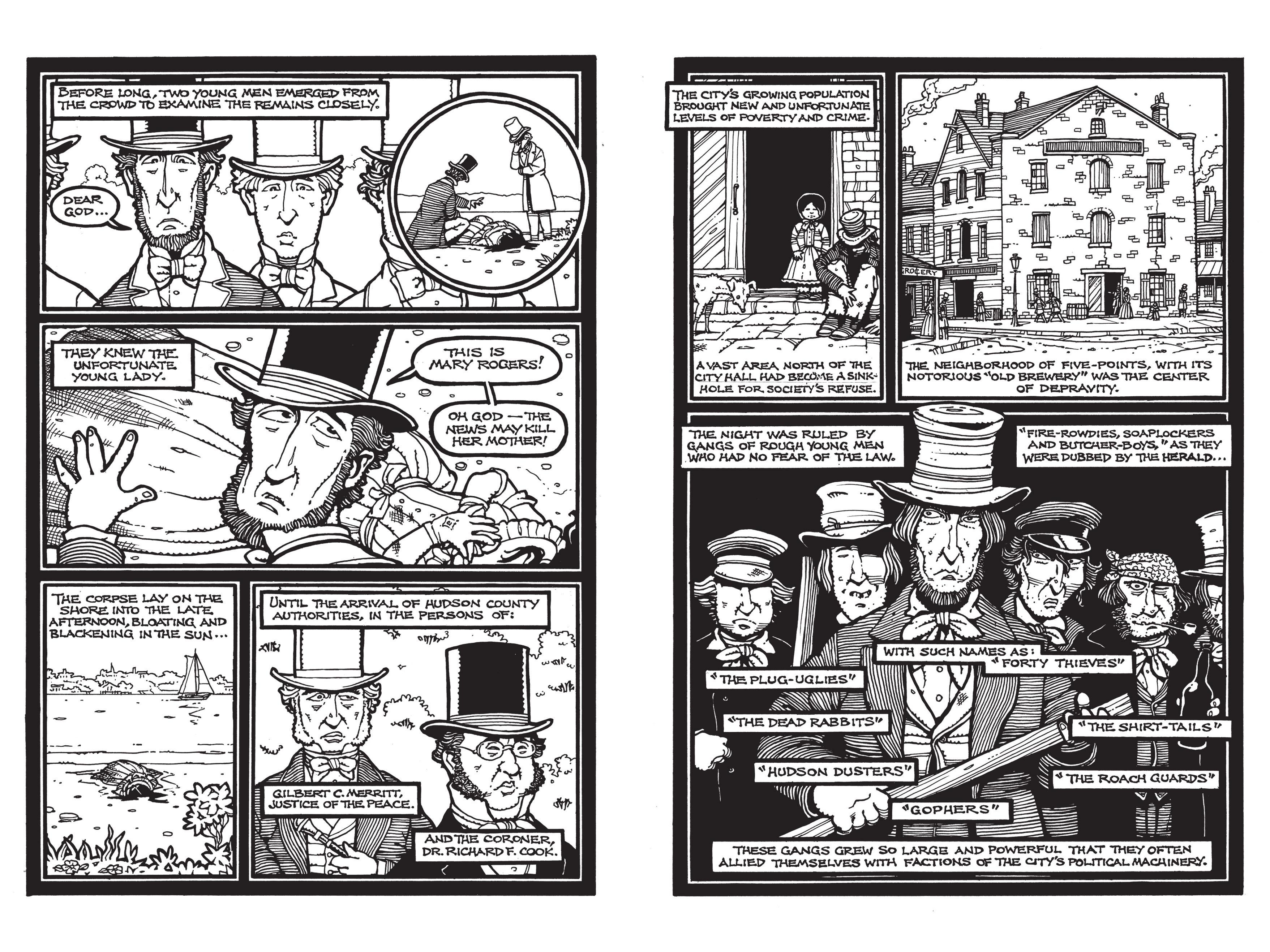 The 1841 killing of Mary Rogers is one of the more obscure entries in Rick Geary’s series of Victorian murders, but at the time it was a national sensation involving a glamorous victim whose killer was never caught. It certainly caught the attention of Edgar Allan Poe, inspiring ‘The Mystery of Marie Rogêt’, a very early American detective story, and Poe may have met Mary, having briefly frequented the cigar store in which she worked.

Geary opens with the discovery of Mary’s corpse, and with what by current standards of exactitude is a very slapdash coroner’s investigation, calling an eccentric parade to testify rather than those closest to Mary or those who’d fished her body from the Hudson river. Delays in investigating arose from buck passing between authorities in New York (where Mary lived) and New Jersey (where her body was found) squabbling over jurisdiction. It took the offer of reward money two weeks after Mary’s death before New York reluctantly took responsibility.

Beyond the opening pages it’s the halfway point before Geary begins detailing the investigation, meaning there are two ways of looking at The Mystery of Mary Rogers. The first is that Geary has very little of substance to impart as records of the time are either sensationalised or lacking it detail, so diverts considerably into sequences detailing how life was in New York at the time. The second is to acknowledge these diversions and applaud them for embedding the case amid the prevailing social conditions of the era, and the great art they prompt. Geary’s illustration of the notorious gang members of the 1940s is wonderful, if of little relevance to Mary Rogers. The detail is enlightening as a social record, the same applying to the history of Mary’s family before her death, and Geary explains that Mary was no stranger to the newspapers after a disappearance in 1838.

Geary’s art is tremendous throughout, and there’s a greater variety of approaches than he’d use in later Victorian Murder books, where he tended to stick to the single style. Here we have decorative borders, delicate silhouette panels, and some beautiful illustrations of the parks as well as the character-rich depictions of everyone involved in the investigation.

The delays in that investigation surely prevented success, and the police appear to have taken a scattershot approach to arrests, resulting in Geary being able to present the activities of several colourful characters. He details Poe’s efforts to reconcile the case in his novel, which transferred events to Paris, and ends with assorted speculations, all credible but only one of which could be true. Interestingly, he acknowledges that while Mary’s family circumstances and employment may be known, there’s no indication whatsoever of her personality. It’s a sad testament to a ghost.

Every single one of Geary’s books is worth reading. They’re educational, entertaining and superlatively researched. 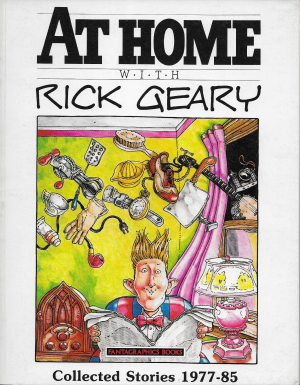